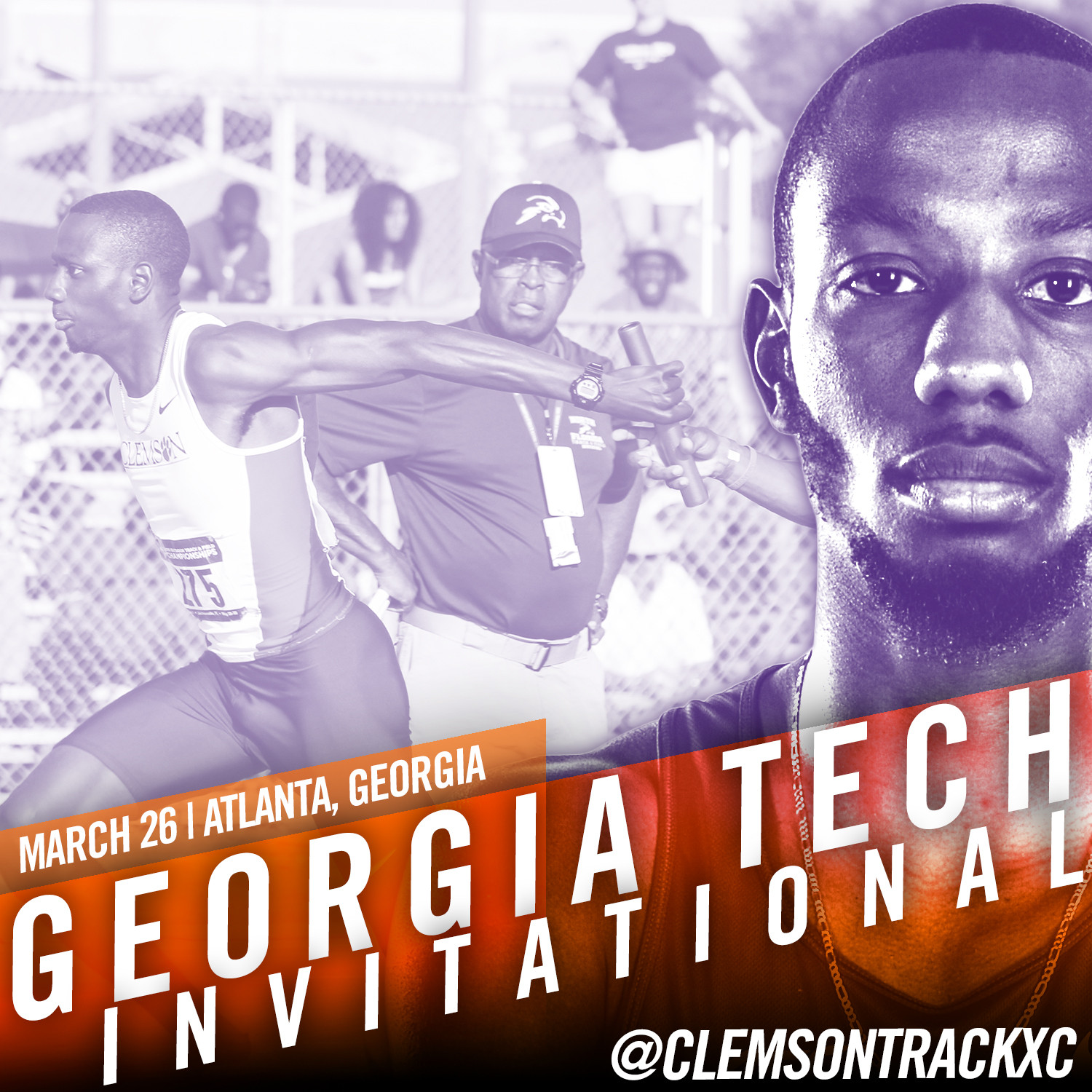 Georgia Tech Presents Next Test For Track And Field

ATLANTA, Ga. – Clemson is set for its second outdoor contest of the season, as Georgia Tech will host the Tigers on Saturday. The meet will kick off with the shot put at 10:30 p.m., with action on the track scheduled to start at 12:30 p.m., with the 4×100 meter relay.

The Tigers are coming off a weekend in which it benefitted from eight personal best efforts to propel the women to a second place finish and the men to a third place performance. Clemson was able to find success at the Coastal Carolina Invitational without many of its top performers competing.

Brianna Blanton, Brianna Feerst, Justin Johnson and Deron Gordon all proved they will be key contributors this season as well. Blanton and Feerst will bolster the women’s mid-distance/distance events while Johnson and Gordon will be significant factors in the men’s hurdles.

Blanton ran a personal best 4:51.20 in the mile, taking second place with Feerst trailing in third at 5:04.07. Johnson and Gordon each finished top-five as Johnson took fourth in the 110 meter hurdles at 14.33 and Gordon finished fifth with a 52.50 in the 400 meter hurdles.

Freshman, Markeeta Thomas ran an impressive 59.49 in the 400 meter hurdles for the women to take fourth overall and freshman, Tevin Quick highlighted the men’s field efforts with a personal best 6-8.75 to win the unseeded high jump.