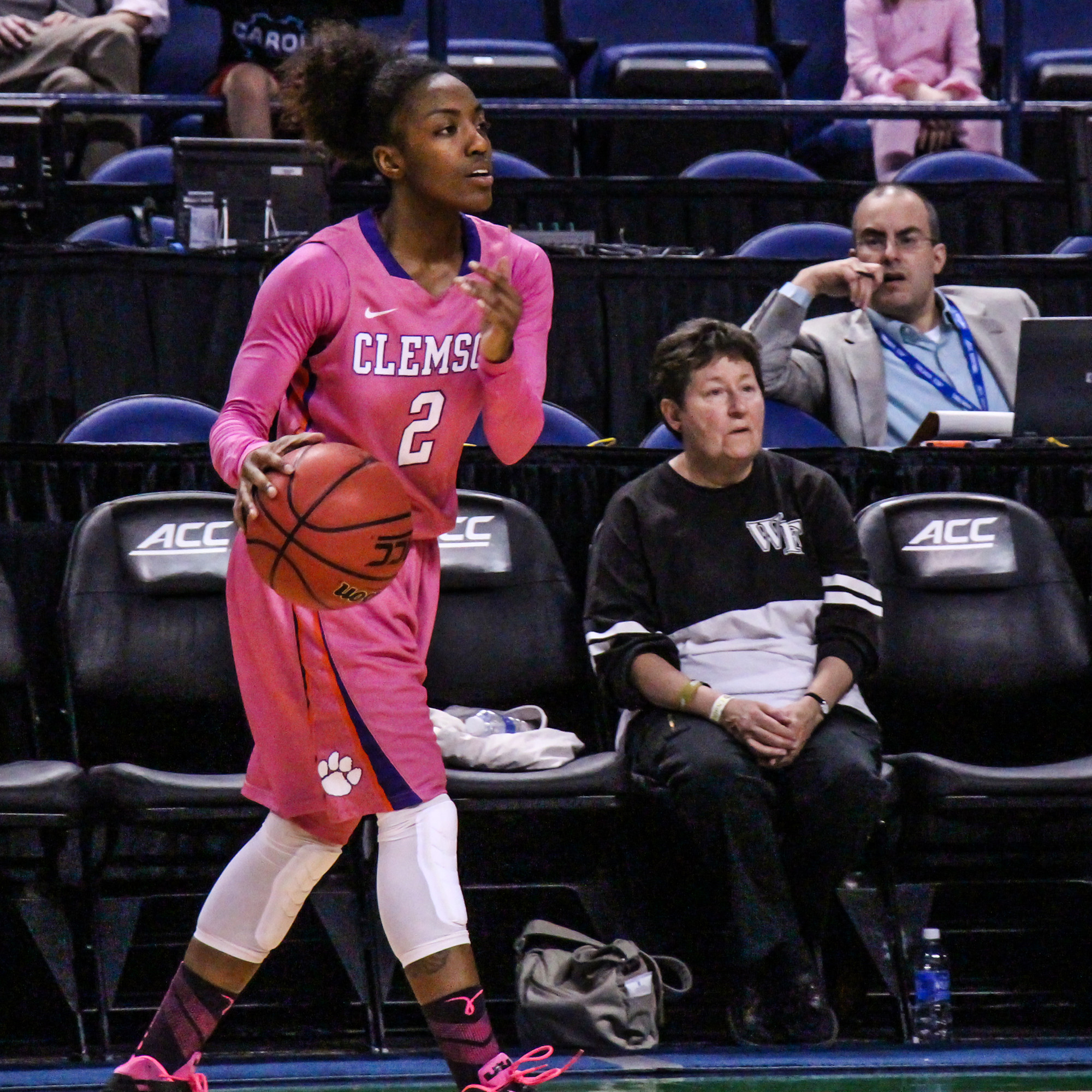 GREENSBORO, N.C. – Clemson’s 2014-15 season come to a close on Wednesday in a 80-53 loss to 11th-seeded Georgia Tech (17-13) in the First Round of the ACC Tournament in Greensboro, N.C. The 14th-seeded Tigers close the season at 9-21. Senior Chelsea Lindsay scored 12 points to lead the Tigers in her final career game, while freshmen Shelbie Davenport and Cha’nelle Perry added 10 apiece in the loss.

Senior Nikki Dixon finished the game scoreless for only the third time in her career, ending her four years as Clemson’s fifth all-time leading scorer at 1,598 points. She became just the third Clemson player ever to lead the team in scoring in all four seasons, joining Barbara Kennedy and Chrissy Floyd. Dixon finished 0-5 from the floor in 17 minutes of action, snapping her streak of four straight ACC Tournament contests in double-figures.

The Tigers did hold the ACC’s second-leading scorer, Kaela Davis (20.1 ppg), to a career-low three points, but surrendered 20 points to Aaliyah Whiteside and 20 points and 14 rebounds to Rodrekka Rogers, her 5th consecutive double-double against the Tigers.

Georgia Tech defeated Clemson in all three meetings this season, and jumped out to an early 14-5 lead in the first six minutes on Wednesday. Trailing by seven just moments later, Georgia Tech used a 15-0 run to take a 37-15 lead with 4:05 to play in the half. The Tigers went into half trailing 44-23, but opened the second on a 13-2 run, cutting the deficit to ten. However, that is as close as the Tigers would get the rest of the way, in falling to 4-2 against the Jackets in the ACC Tournament all-time.