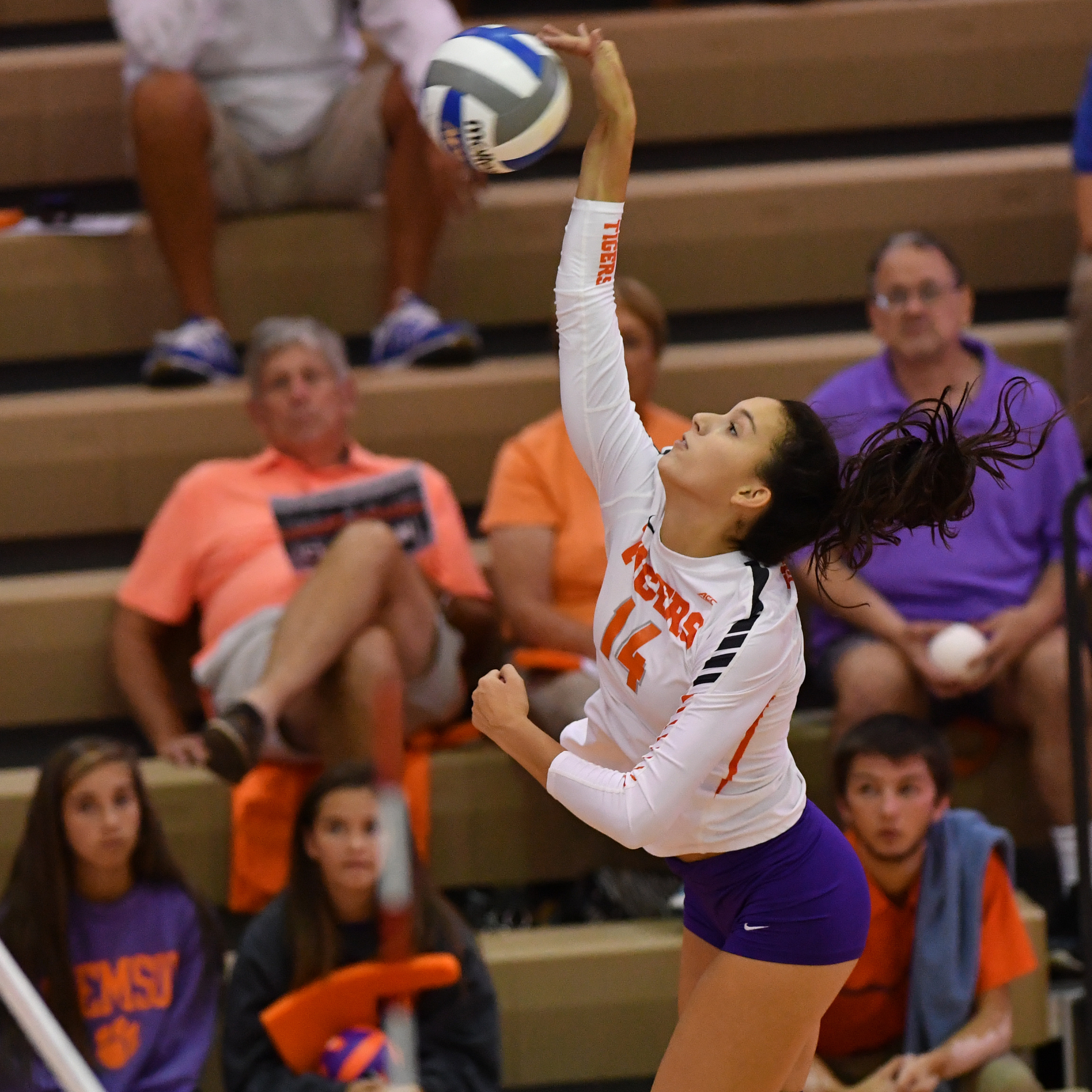 “I thought Georgia Tech had a great offensive night,” said head coach Hugh Hernesman. “We were able to slow them down some in the second set just by making some adjustments and making some individual plays.”

“For us, we talked before the match about having to be in the teens in kills per set to be competitive. In the second set we were able to achieve that goal and we were one or two plays away from taking that set.”

Taylor Daniel and Keely Hayes set the offense to a .344 hitting percentage in the second set, with Perri leading the way with a 4-1-7 line to hit .429. Overall, Perri threw down 10 kills with two blocks to her credit while Kailey Harvell and Annie Carter each had efficient nights. Harvell and Carter each finished with an identical line of five kills, one error, 12 attempts and a .333 hitting percentage. Emily Curtis got the nod at libero and registered 14 digs on the night. Jaden Light continued to find success blocking as the freshman with the 10th best blocks per set average in the ACC finished with four on the night.

Clemson’s final match of the week awaits in Charlottesville, Virginia. The Tigers will take on Virginia on Saturday at 7:00 p.m., in Memorial Gym.