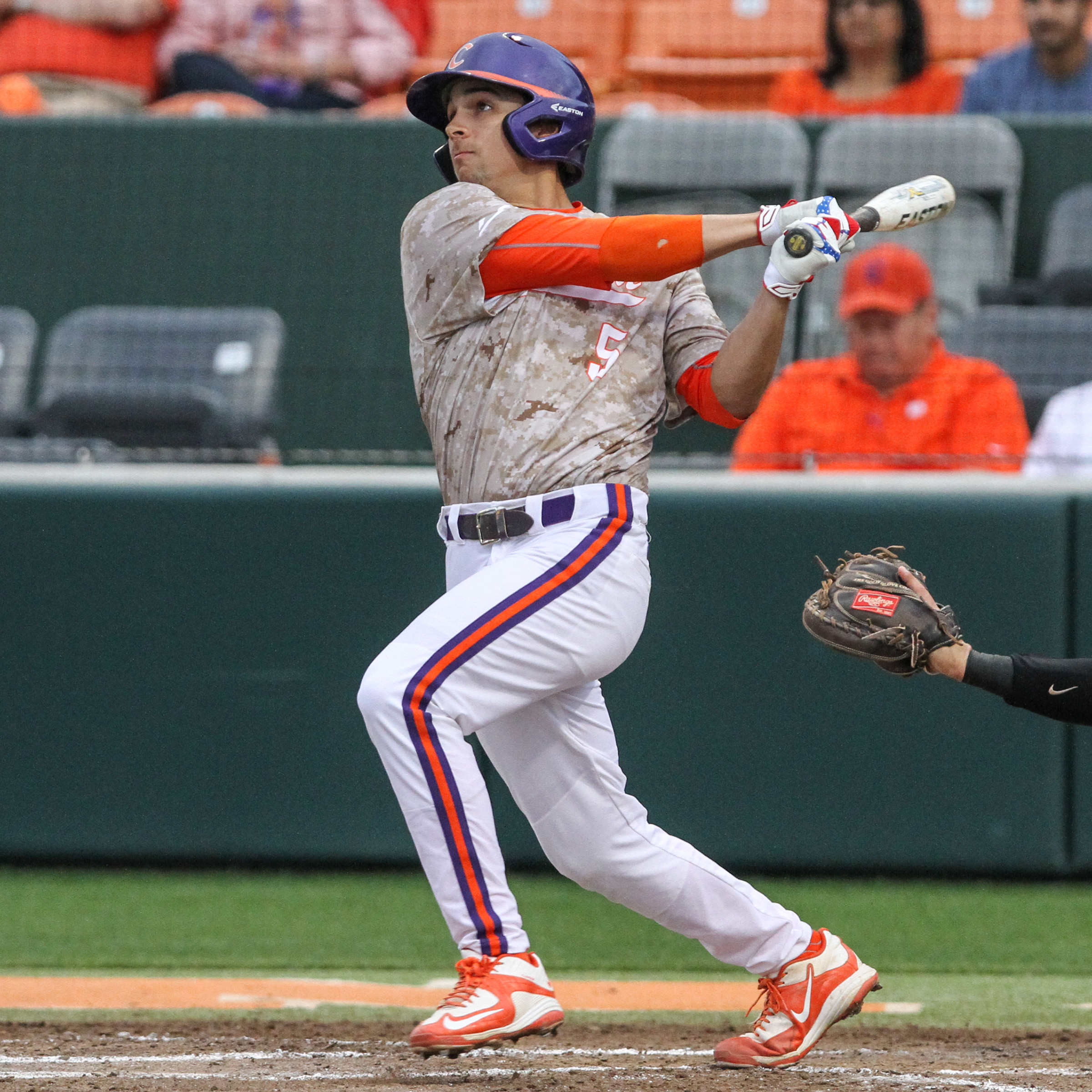 CLEMSON, S.C. – Skyler Weber’s sacrifice fly in the ninth inning gave Georgia the lead for good in its 3-2 victory over Clemson at Doug Kingsmore Stadium on Tuesday night. The Bulldogs improved to 19-15, while the Tigers fell to 16-16. The two teams will conclude the home-and-home season series in Athens on April 21.

Stephen Wrenn led off the game with a home run, then Chase Pinder tied the score with a solo homer in the second inning. With two outs in the sixth inning, pinch-hitter Robert Jolly doubled on an 0-2 pitch to score Chris Okey, giving Clemson a 2-1 lead. Former Tiger Trevor Kieboom lined a two-out, run-scoring single in the eighth inning to tie the score before an error in the ninth inning allowed Georgia to score an unearned run.

Bo Tucker (1-1) earned the win, as he allowed no hits, no runs and one walk with one strikeout in 2.0 innings pitched. Jared Cheek pitched a scoreless ninth inning to record his fifth save of the year. Taylor Vetzel (1-1) suffered the loss despite not allowing an earned run.

“We pitched really well tonight,” said head coach Jack Leggett. “(Pat) Krall came out and did a really good job after Jake (Long). Vetzel and (Alex) Bostic did their thing. We let opportunities go across the course of the game. We had a lot of guys on base early and a big hit here or there makes a big difference, but unfortunately we didn’t come up with it.

“They are a good ballclub. They were opportunistic at the end. We gave them some life and they took advantage of it. It seems like there were a lot of opportunities early in the ballgame with men on base, and we couldn’t get the big hit.”

The Tigers return to Doug Kingsmore Stadium on Wednesday at 4 p.m. when they face Charleston Southern. It’s BOGO Wednesday, as fans can purchase one adult-seat ticket and receive an additional reserved-seat ticket free of charge.