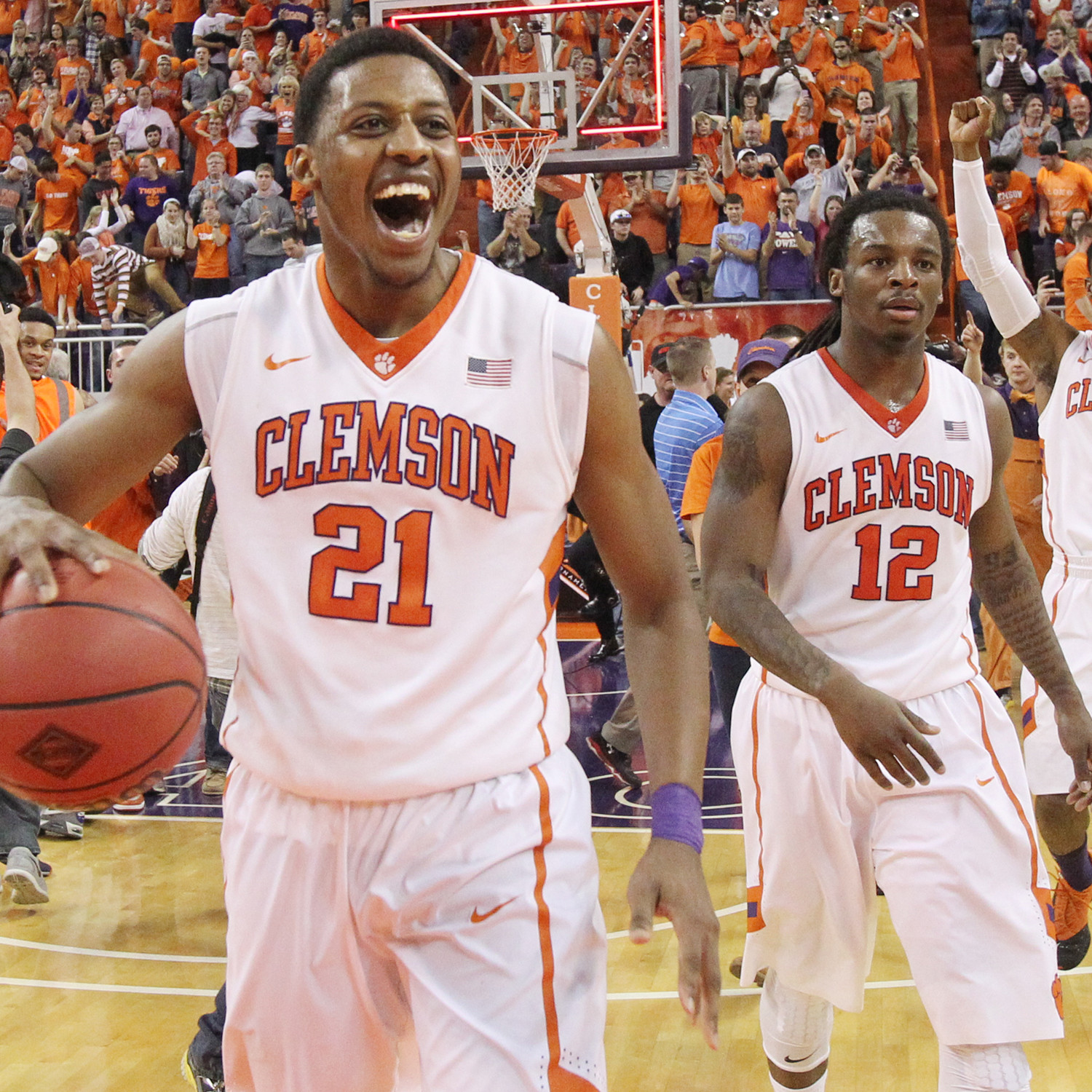 General Admission ? Let?s Do it Again

Before the 2014-15 men’s basketball schedule was even announced to the general public, athletic department officials were busy planning. Because of the overwhelming response from Tiger fans during the 2014 NIT — in particular sellouts against Illinois and Belmont — Clemson leaders met to determine the feasibility of pulling off general admission seating for a regular season game.

“We wanted to figure out a way to capitalize on the fact that so many folks rallied around the team,” said Mike Money, Clemson’s associate athletic director for marketing and game management. “One of the things we heard from fans was that the general admission aspect was very appealing.”

With a Dec. 14 date against Auburn falling the day after final exams, it made perfect sense to everyone involved to put it to the test. Gates will open at 2:45 p.m. — 15 minutes earlier than usual — to account for the rush to get prime seating.

Money cited last year’s NIT games as evidence that the earlier fans arrive, the better the atmosphere inside Littlejohn Coliseum.

“With fans lining up to get the prime seats, it will help create a great atmosphere from the start,” he said. “Our fans are very excited by the fact we’re coming off a good performance last Sunday against Arkansas, and hopefully they’re fired up to see the team play.”

The team gets just as fired up to see fans arrive early to create a buzz in Littlejohn. Senior leader Rod Hall said it makes a big difference to receive that kind of positive support during the buildup to a game.

“The fans bring a lot more energy to our team, so when they’re hostile, you’re excited to play in front of a lot of people,” Hall said. “Hopefully, we’ve shown that we’re still a good team, even through some tough losses. The Arkansas game showed that our team doesn’t give up and it can be a momentum boost to get us going for the rest of the season.”

The incentive to arrive early not only centers on the quest for prime seating, but also the giveaways. In conjunction with game sponsor Absolute Total Care, the first 1,000 fans through the gate will be given either a t-shirt or foam finger.

Season ticket-holders remain the backbone of the program, and while Clemson Athletics can’t guarantee the same seats will be available Sunday, officials sent an email in advance explaining the reasons for utilizing general admission. One of the biggest priorities heard after last year’s NIT, reserved parking, will be honored for all season ticket-holders.

The Auburn game has also been billed as Public Service Appreciation, in that first responders receive free admission to the event. They can also purchase $10 tickets for family members, redeemable at the East Gate Box Office. Sunday is also part of the elementary school pass package, and children will receive free admission by using the passes that were distributed throughout Upstate area schools.