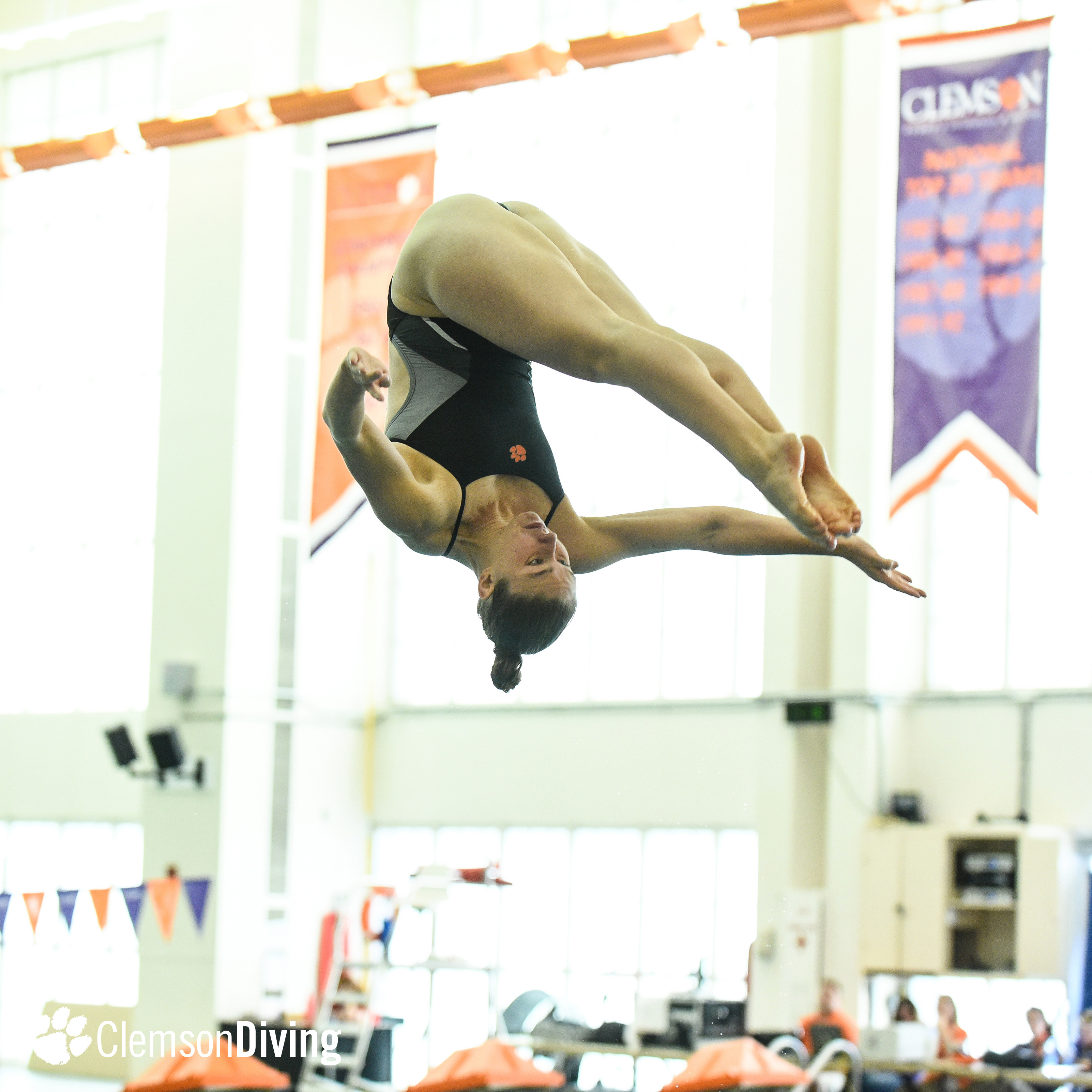 CLEMSON, S.C. – Though two Tiger divers recorded NCAA Zone qualifying scores in the one-meter and three did the same in the three-meter, the South Carolina Gamecocks handed Clemson their first loss of the season on Wednesday, winning by a team score of 28-10.

South Carolina’s Julia Vincent took first place in both the one- (311.40) and three-meter (344.41) and was the only diver in the field to break 300 in the one-meter. Clemson seniors Danielle Reitsma (279.07) and Sarah Braun (277.65) claimed third and fourth place, respectively, in the one-meter, and their scores were Zone qualifying. Additionally, Braun (288.23) and Reitsma (291.83) were Zone qualifiers in the three-meter, and Reitsma placed fourth in that event. Sophomore Jaya Brown (293.85) was the top Tiger in the three-meter, taking third and also qualifying for Zones.

The two teams finished the meet with an exhibition from the platform that included five optional dives, and while South Carolina’s Allyson Nied (273.83) took first, Tigers claimed the next six spots. Freshman Frieda Lim placed second with a score of 226.20, and junior Allison Brophy (223.95) was third. Sophomores Caylin Hirapara, Morgan Fiske and Jaya Brown and Reitsma rounded out fourth through seventh place on the platform.

Clemson next competes at the Georgia Tech and Virginia Tech Invites, which run from Thursday, Nov. 17 to Saturday, Nov. 19. These meets mark the beginning of ACC competition for the Tigers.