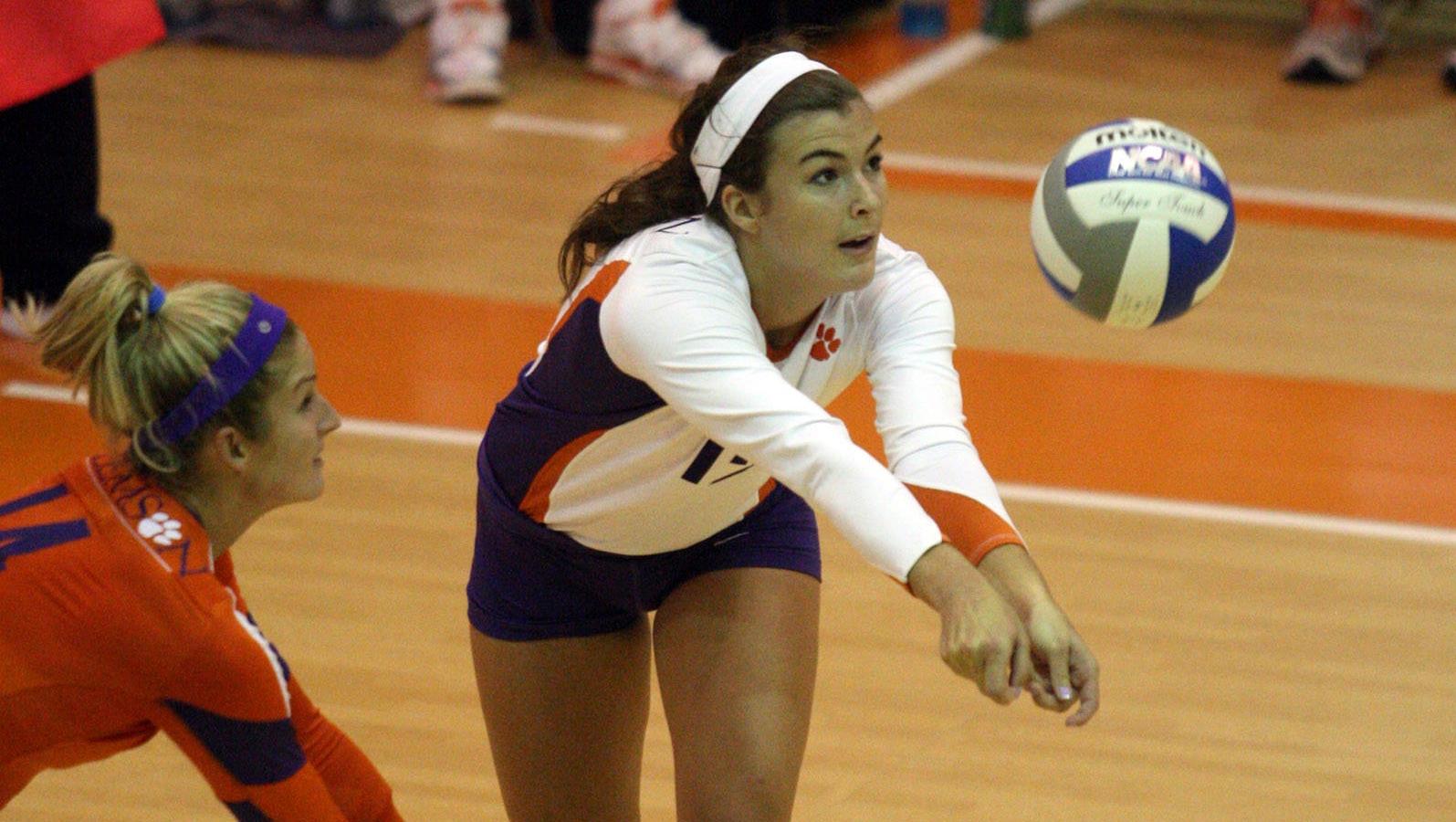 GREENVILLE, SC – The Furman Paladins hit .375 as a team in downing Clemson, 3-1 (25-16, 21-25, 25-23, 25-19 on Tuesday night in a packed Alley Gym. The Tigers (6-1) dropped their first match of the season on the road, while the Paladins won their seventh in a row to improve to 8-1. The Paladins won just their second match against the Tigers all-time, improving their mark to 2-36 overall. The loss was Clemson’s first at Furman in school history. Furman was firing on all cylinders offensively, as seniors Natalie Braun and Chandler Ambrester led an impressive Paladin attack that totaled 68 kills in four sets, and hit .375 in the match. The highest Clemson had allowed entering tonight was .171 in a four-set win against Charlotte. Four Tigers finished with double-figures in kills, led by 15 from Mo Simmons, who also had eight digs and five blocks. Kristin Faust also added 15, and had 13 digs for her third double-double of the season. Serenat Yaz and Sandra Adeleye each added 11 kills in the match for the Tigers, who hit .253 in the match. The Paladins were able to keep several tough balls alive, and rarely allowed a tiip to fall in registering 76 digs – 26 more than Clemson’s total. Hannah Brenner had a season-high 51 assists, as Clemson’s kill total was strong, but Braun and Ambrester continued to find the floor the the tune of a combined 45 kills. Carolina Adams had 13 kills in 23 attacks for a .565 hitting day. No other player had more than seven kills in the match. Clemson will return to action on Friday as they head to South Carolina to take on an 8-0 Gamecock squad in the Carolina Clash. The Tigers will play Winthrop and UAB on Saturday as well.