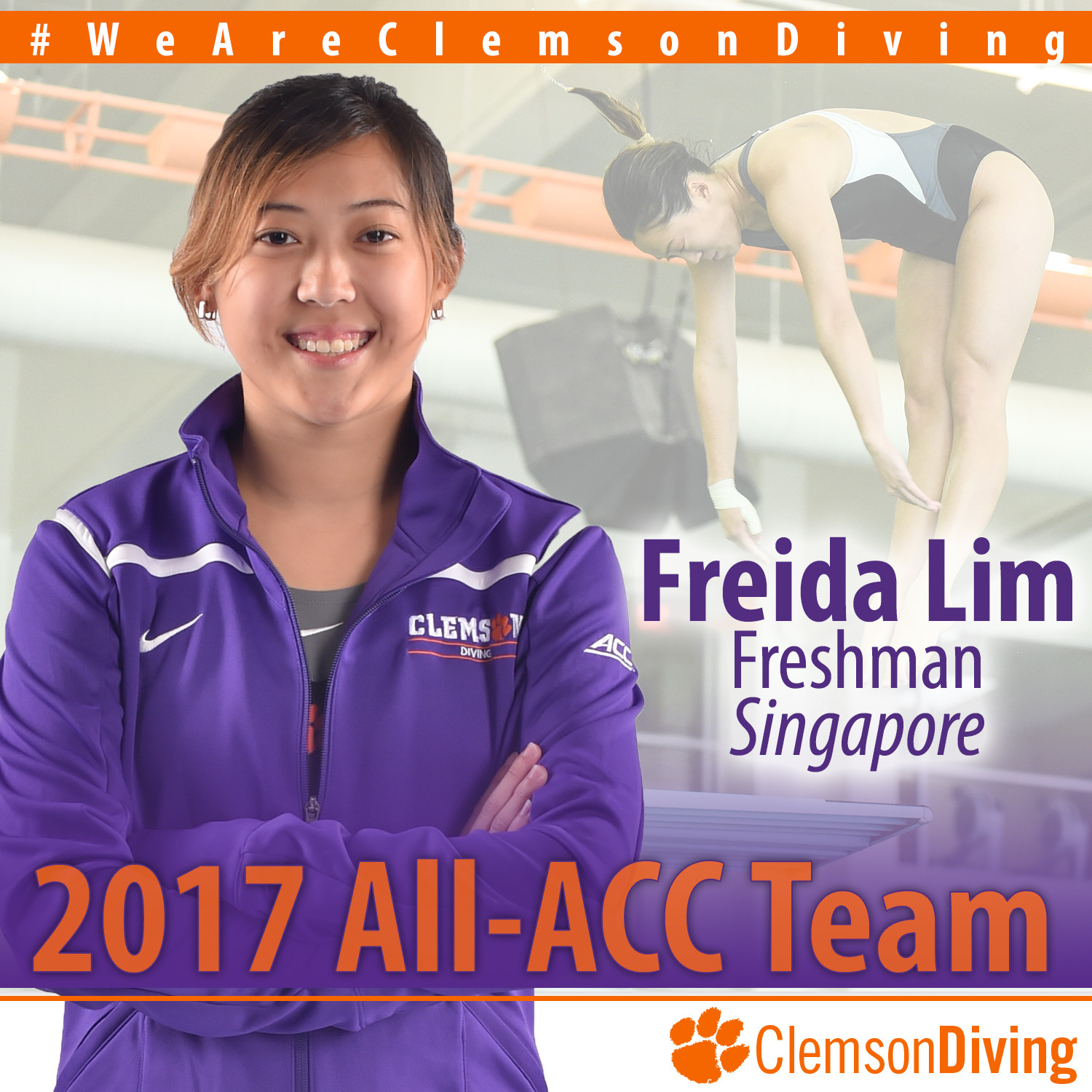 CLEMSON, S.C. – After finishing in second-place in the platform event at the ACC Championships last week, Clemson freshman diver Freida Lim has been named to the 2017 All-ACC Team. Lim is the first Tiger diver to be named to the All-ACC team since 2008 (Dani Kazilionis), and is just the fifth diver in school history to ever earn all-conference honors.

Lim placed second in the platform finals with an NCAA Zone-qualifying score of 276.25, thus earning 28 points towards the Clemson team point total at the conference meet. Lim has now recorded a team-best five NCAA Zone scores in the platform event this season.

As a team, the Tigers finished third among conference teams when tallying scores from the three diving events only. Clemson recorded a total of 144 team points, bested only by Florida State (194) and Duke (151). The third-place finish was the highest in recent history, since the program became women’s diving only in 2012-13, and was a four-place improvement on the team’s previous-best finish of seventh at the 2016 conference meet.

Head Coach Leslie Hasselbach Adams, who is in her 17th season leading the Clemson diving program, will take Lim and six other Tiger divers to the NCAA Zone B Diving Championships on March 6-8 in Auburn, Ala.