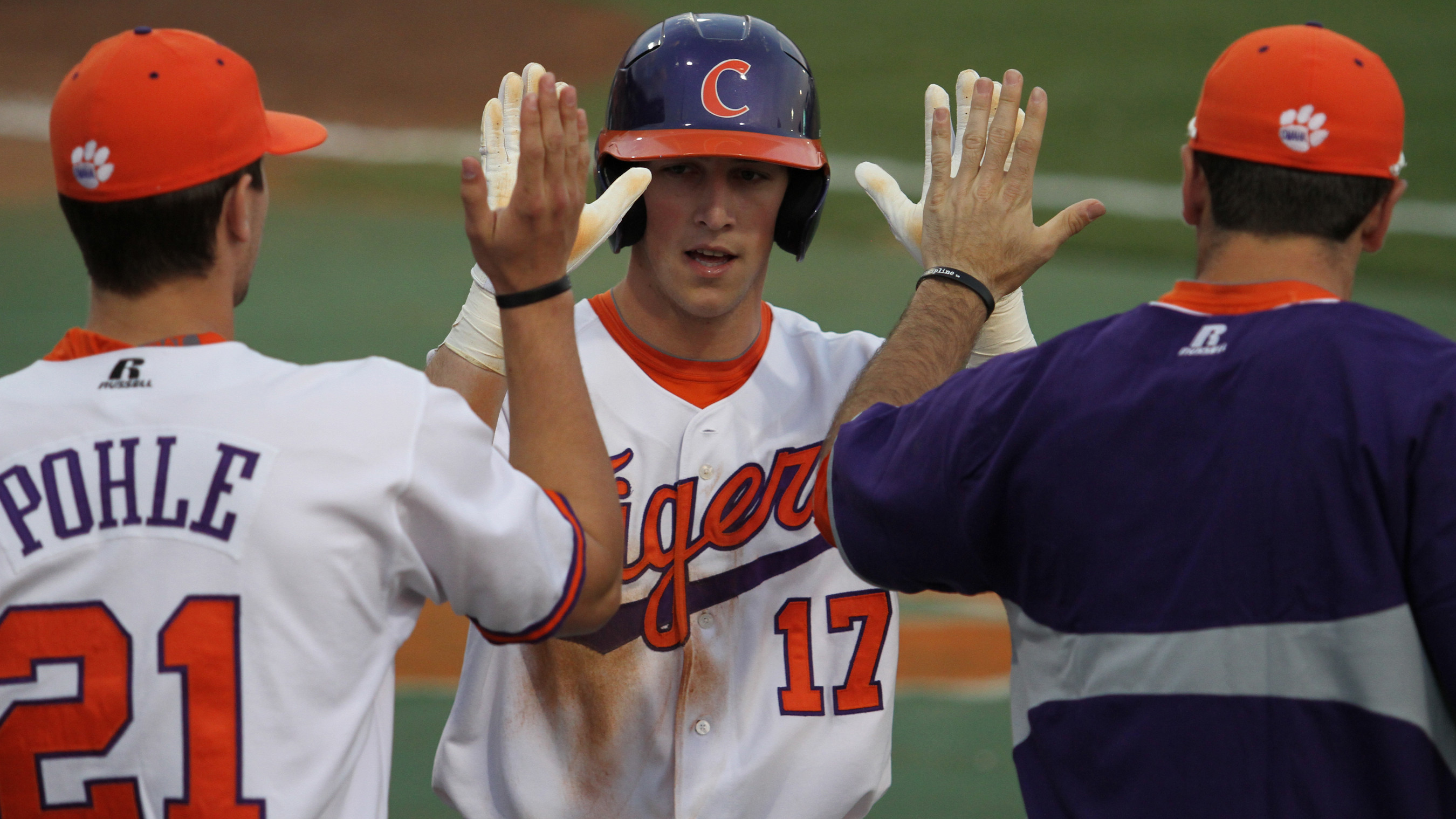 Due to threat of inclement weather on Sunday, the Clemson baseball team will play a doubleheader on Saturday, March 23.  Due to the schedule change, the second of six promotional ticket dates will occur on Saturday during the second game of the doubleheader, instead of on Sunday, March 24 as originally scheduled.  Children twelve and under can redeem their ticket vouchers for free tickets, sponsored by Academy Sports and Outdoors, this Saturday, but will not be able to take to the field with the Tigers before the game since the second game will start approximately 45 minutes following the completion of the first game.  Game 1 will begin at 12:30 PM on Saturday.

Throughout the 2013 Clemson baseball season, parents and children can pick up vouchers for free tickets at Academy Sports and Outdoors in Easley or Greenville. These vouchers will award a child twelve and under one free ticket to one of the following Clemson home games.  (Note: With the exception of this Saturday, March 23, all other dates are Sundays.)

The vouchers are limited and Clemson fans may request them at Academy Sports and Outdoors in Easley at 201 Rolling Hills Circle and in Greenville at 59 Woodruff Industrial Lane. Upon arrival at the store, fans should visit the customer service desk and ask for the Clemson baseball voucher. The vouchers are only redeemable while ticket supplies last, on a first come first served basis, and can be used at any Clemson ticket office.