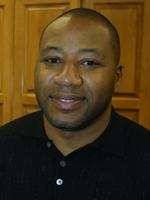 Clemson men’s basketball head coach Oliver Purnell has named Frank Smith an assistant basketball coach for the Tigers. Smith began his full-time coaching career for the 1990-91 season at Radford under Purnell and has been a member of his coaching staff at three universities since that time. The teams on which Smith has served as an assistant have recorded a 234-156 record, with three NCAA appearances and three NIT appearances, including the 24-6 mark set by the 2002-03 Dayton Flyers team that won the Atlantic 10 Tournament.

Smith began his college coaching career as a graduate assistant at Old Dominion in 1988-89. He joined Purnell’s staff at Radford in the 1990-91 season, and then returned to Old Dominion with Purnell as an assistant prior to the 1991-92 season. He was named assistant at Dayton on April 27, 1994. Smith led the 2000 Nacel Open Door Team America All-Stars to Italy, a team that included Dayton’s Keith Waleskowski and Tony Stanley.

A native of Alexandria, Virginia, Smith was an all-star performer in football and basketball at Mt. Vernon High School. He quarterbacked Mt. Vernon to the 1983 state championship, and was heavily recruited to play big-time football.

Smith, like Purnell, is one of the top guards in Old Dominion University history. Smith holds the ODU records for assists in a career (883), a total that still ranks in the top 20 in NCAA history. Smith played for the Monarchs from 1984 to 1988, and was a freshman at Old Dominion during Purnell’s final year as an assistant at ODU. (Purnell then went on to coach at Maryland.) As a senior, Smith was ODU’s Most Valuable Player and an honorable mention All-America, leading the team to an 18-12 record and an NIT appearance. Smith earned his Bachelor of Science in Business