Clemson, S.C. – Veronica Fraley finished as the top American and fifth overall in the Under-20 discus throw at the 2019 Pan American Games held in San José, Costa Rica on Saturday evening. Fraley registered a mark of 50.43 meters (165-5) at the competition, making it the 22nd time she has broken the 50-meter barrier this season. This is also Fraley’s 15th time finishing within the top five at a competition this year. 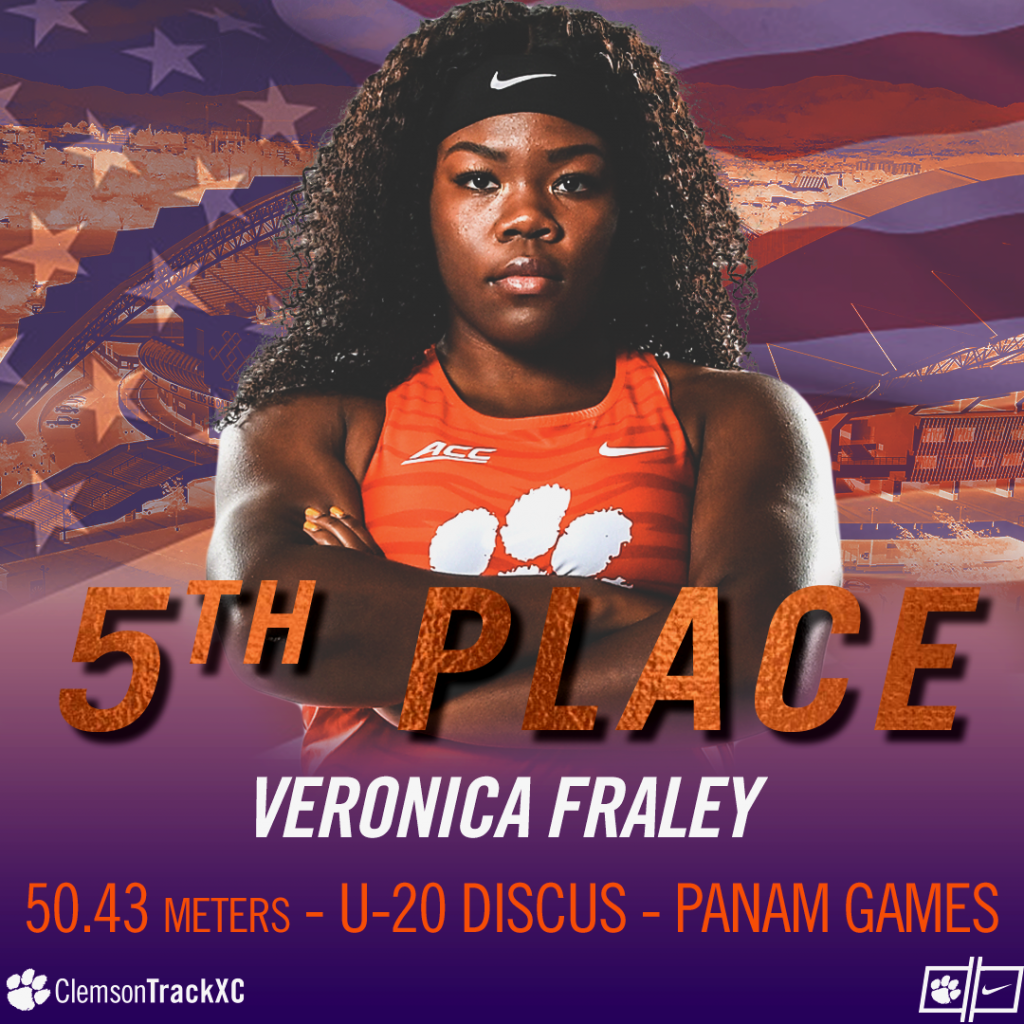 Fraley qualified for the Pan American Games by posting a mark of 51.15m (167-10) at the USATF U20 Championships at the end of June in Miramar, Florida. The Pan American Games were the 18th time Fraley has competed this season, dating back to Dec. 8th, 2018, when she opened her season at the Clemson Opener.

The competition brought to a close a phenomenal freshman campaign for Fraley, who had an assault on the record books by becoming the freshman record holder in the discus while also becoming the second-best performer in the event in program history. Fraley holds a personal best of 52.90 meters in the discus throw, which she set at the LSU Alumni Gold meet back in April.

Veronica Fraley launches a throw of 50.43 meters on her last attempt to finish in 5th place at the Pan American games!#ClemsonTrackXC pic.twitter.com/qkfHjJKgRO