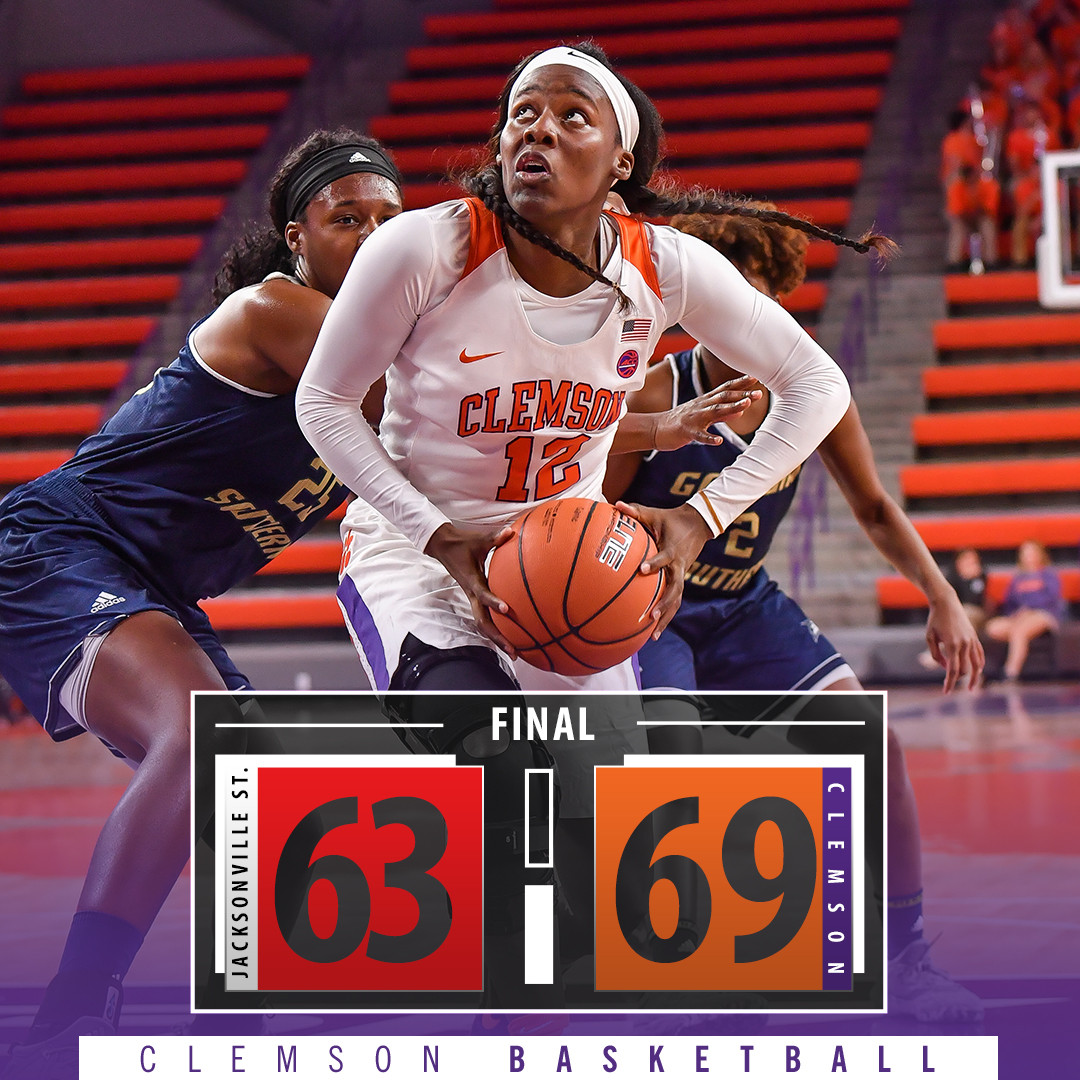 CLEMSON, S.C. – A 23-4 run to end the game helped the Clemson women’s basketball team erase a 13-point fourth-quarter deficit to defeat Jacksonville State, 69-63, on Wednesday night in Jacksonville, Ala. Sophomore Aliyah Collier spurred the comeback effort, scoring 11 points in the final period and finishing the game with a double-double, with 19 points and 10 rebounds. With the win, the Tigers head into the holiday break with a 10-2 record, while the Gamecocks fall to 7-5.

The Tigers led 11-7 at the end of the first quarter, after keeping the Gamecocks off the board for the final 7:13 of the period. Jacksonville State had a strong second quarter, shooting 9-for-17 (52.9%) from field goal range to take a 29-27 lead into halftime. Sophomore Danielle Edwards scored 12 points and grabbed four rebounds to lead Clemson in the first half of play.

Jacksonville State extended its lead to 13 points with 7:04 remaining before Clemson began its comeback effort. The Tigers went on a 17-0 run over the next six minutes to take a 63-59 lead. Collier scored 10 points during that stretch, while junior Ivy Atkism converted on a crucial three-point play. Edwards also hit three clutch free throws, including two after a technical foul was called on Jacksonville State.

In addition to her 19 points (on 8-for-12 from field goal range) and 10 rebounds, Collier also picked up four steals, two assists and a block in the game. Edwards finished with 18 points and five rebounds. Junior Nelly Perry was the third Tiger in double figures in scoring, with 13 points which included a perfect 3-for-3 from three-point range, as well as a game-high five assists. Atkism posted nine points, scoring seven in the fourth quarter, during which she was also 3-for-3 from the free throw line.

The Clemson team and staff now have a few days off to celebrate the holidays with their families before returning to campus to prepare for their next game, on Thursday, Dec. 29 against Bethune-Cookman. The game between the Tigers and Wildcats tips off at 7 p.m. at Littlejohn Coliseum.