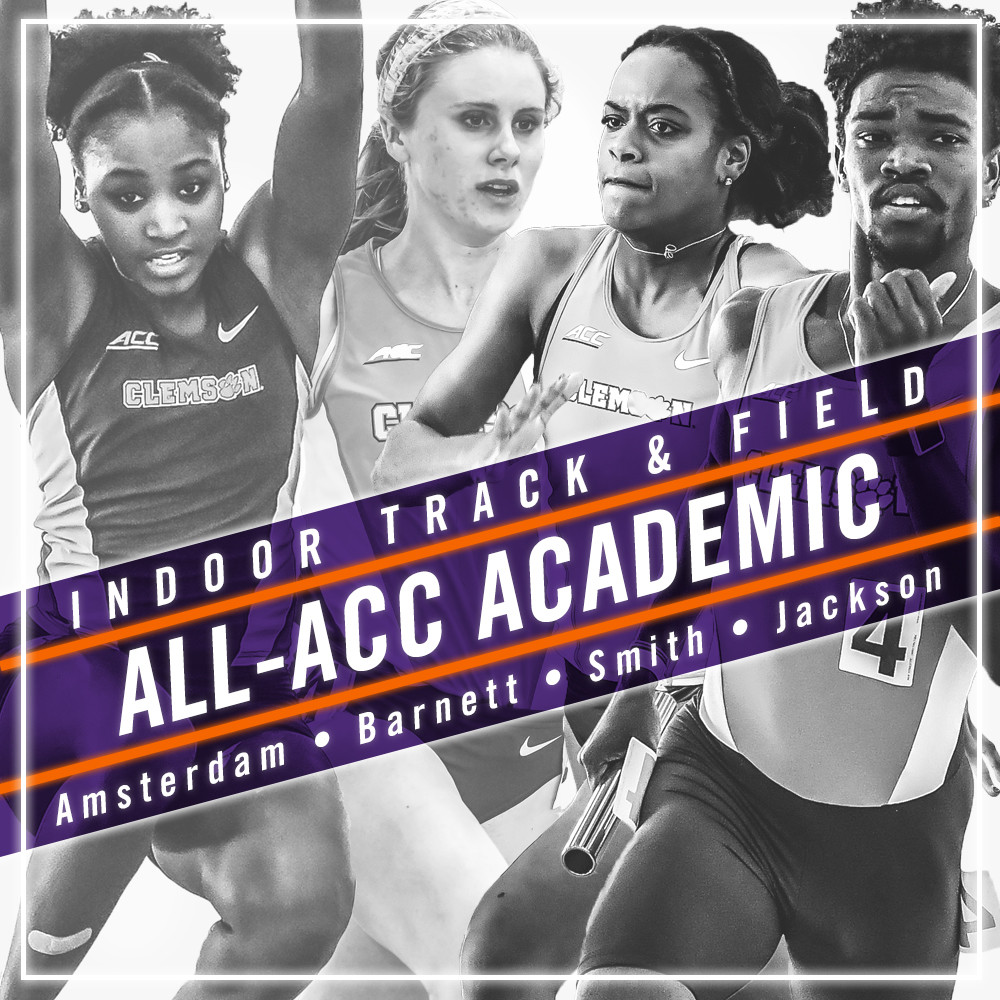 CLEMSON, S.C. — Four members of the Clemson track & field program were named to the 2017 All-ACC Indoor Academic Team on Thursday, the conference office announced. Iana Amsterdam, Grace Barnett and Rebekah Smith of the women’s team all earned the honor, while Terrell Jackson was lauded from the men’s program.

Barnett, an elementary education major, earned the honor for the third straight time in her decorated career. She was All-ACC in the mile, 3K and distance medley relay during the 2017 indoor season. Barnett also broke her own school record in the mile, finishing her career with a top time of 4:33.86.

Smith won the ACC title in the 60-meter dash as a freshman. The early childhood education major clocked a season-best 7.31 in the final to claim the gold medal. Amsterdam, the third Tiger female named to the All-ACC Academic Team, was the league’s gold medalist in the triple jump for a second time. The sociology major won with a leap of 43-9.25, which resulted in an NCAA Championships bid for the senior.

Jackson had a highly successful indoor slate. The freshman from Memphis, Tenn., and pre-business major won a gold medal with Clemson’s 4×400 relay. He also competed in the 800 meters, where he turned in a season-best 1:48.50.