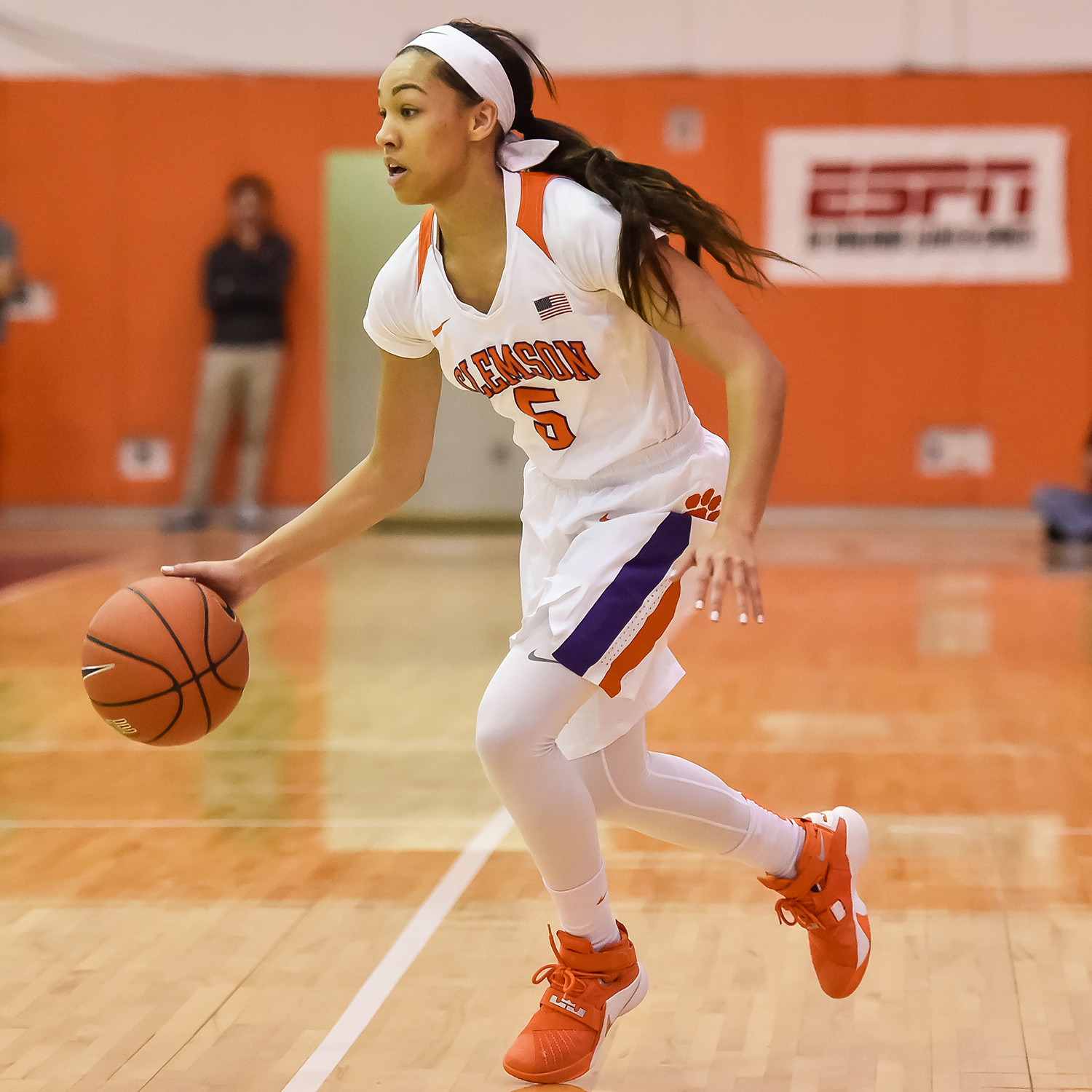 Four Tigers in Double Figures Not Enough vs. Syracuse

“This is a very good Syracuse team, but they were coming off a big win over Miami, and we had an opportunity to steal the game tonight,” said Head Coach Audra Smith. “Every time we started to get within reach, we lost focus and let them loose for a three. Still, we hung in there through three quarters, but with injuries and limited numbers, as well as foul trouble, we just weren’t able to sustain, and lost it going in to the fourth quarter.”

The Tigers shot an impressive 58.8% from the field in the first half, on a 10-for-17 field goal performance, and held the Orange to 32.6% (14-for-42). However the difference in the half was on the offensive glass, as Syracuse picked up 16 offensive rebounds. The Tigers also lost the turnover battle for the half, committing 22 while forcing the Orange into 10, helping Syracuse to a 39-26 lead at halftime.

Clemson cut the lead to nine points during the third quarter, and trailed by 13 at the end of the period, but the Orange heated up from behind the arc in the fourth, making five threes in the quarter to extend their lead and put the game out of reach.

Nelly Perry led Clemson with 15 points, including a 3-for-5 performance from behind the arc. Victoria Cardaci added 12 points, shooting 3-for-6 from three. Danielle Edwards (11) and Paige Mosley (10) were also in double figures for the Tigers. Edwards pulled down a team-best 11 rebounds to record her fourth double-double of the season.

“We shot pretty well,” said Smith. “I was proud of Victoria and Nelly for knocking down the threes that they did. We shot well, but we didn’t get enough shots.”

Clemson remains on the road as the team heads to Tallahassee, Fla. this weekend to face No. 10/9 Florida State. The game between the Tigers and Seminoles will tip at 2 p.m. on Sunday, Jan. 31.