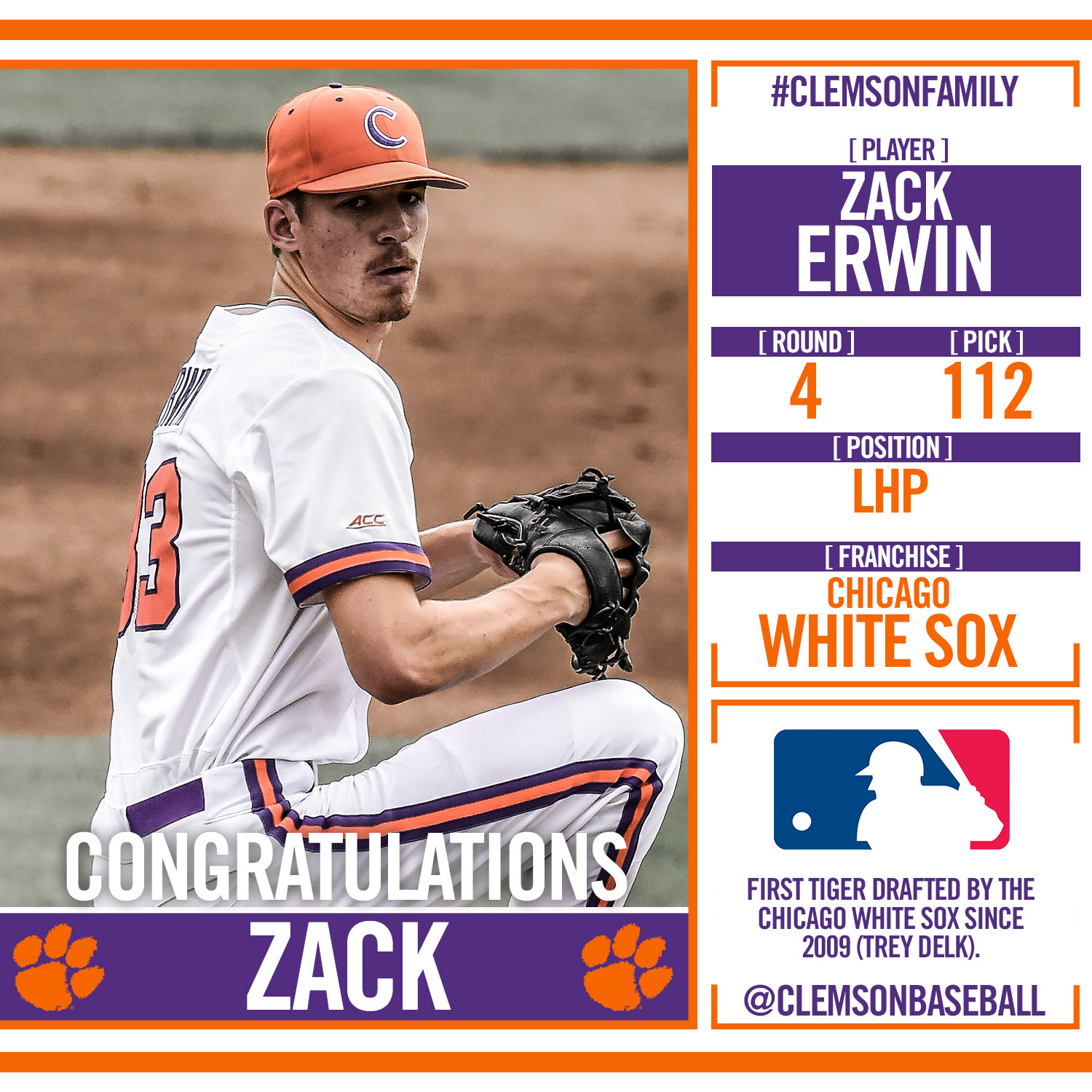 CLEMSON, S.C. – Four current Tigers and one Clemson signee were selected on the second day of the Major League Baseball draft Tuesday. Junior lefthander Zack Erwin (Duluth, Ga.) and junior infielder Tyler Krieger (Johns Creek, Ga.) were both picked in the fourth round, while junior outfielder Steven Duggar (Moore, S.C.) and junior lefty Matthew Crownover (Ringgold, Ga.) were both chosen in the sixth round. Clemson’s four top-10-round selections tied for sixth most among Division I schools.

Jalen Miller was drafted in the third round (No. 95 overall pick) by the San Francisco Giants on Tuesday. Miller, an infielder from Atlanta, Ga. who attended Riverwood International Charter School, joined Cornelius Randolph, who was chosen with the No. 10 overall pick by the Phillies on Monday, as Tiger signees picked in the first three rounds.

Krieger was drafted by the Cleveland Indians with the No. 124 overall selection. In 2015, he batted .339 with 41 RBIs and led the team in on-base percentage (.448) and steals (14) on his way to earning Second-Team All-ACC honors for the second year in a row.

Duggar was selected by the San Francisco Giants with the No. 186 overall pick. He earned Third-Team All-ACC honors for the second year in a row in 2015 after hitting .304 with 56 runs, five homers, 43 RBIs, a .432 on-base percentage, 54 walks and 10 steals. Duggar has started all 184 games of his Clemson career.