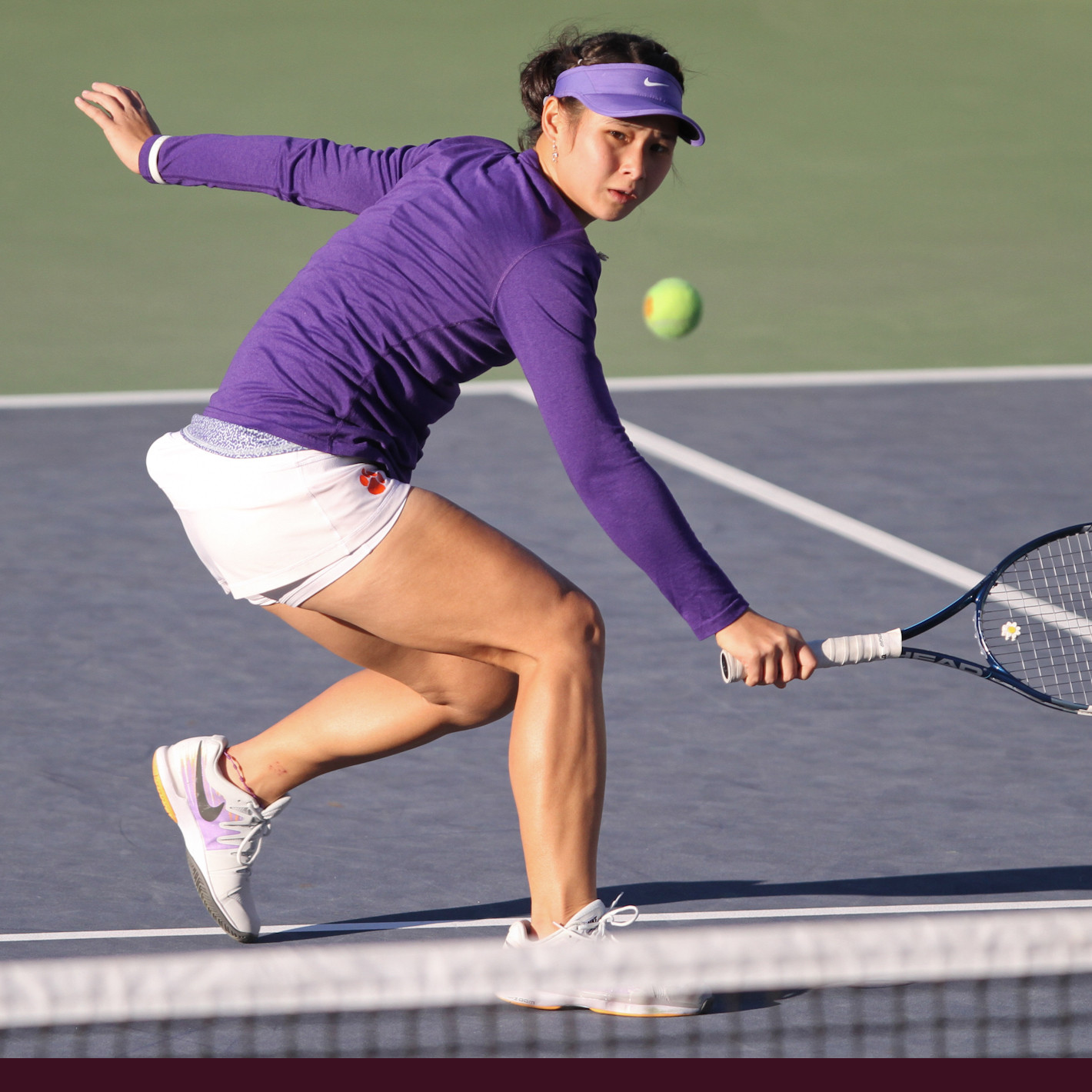 CLEMSON, S.C. – Seniors Beatrice Gumulya, Romy Koelzer and Jessy Rompies and junior Joana Eidukonyte are set to open play in the NCAA Singles & Doubles Championships at the Hurd Tennis Center in Waco, Texas this week. Eidukonyte, Gumulya and Koelzer contest their first round matches in the 64-person singles draw on Wednesday, May 20, while Gumulya and Rompies play their first match in the 32-team doubles bracket on Thursday, May 21.

Eidukonyte is the Tigers’ highest-ranked singles player at 12th, and is a 9-16 seed in the draw. She faces 29th-ranked Joana Vale Costa of LSU in the first round on Wednesday at 4:30 p.m. CT (5:30 p.m. ET). The First Team All-ACC honoree and native of Vilnius, Lithuania has a 35-6 overall record in 2014-15, and a 22-3 record in dual matches. The 35 wins are tied for eighth in Clemson history in terms of most singles wins in a single season. Eidukonyte has an 11-6 record vs. top-100 singles players, and is currently riding a six-match winning streak, dating back to April 10.

Koelzer is matched up against No. 85 Sophie Watts of Fresno State for her first-round match on Wednesday at 11 a.m. CT (12 p.m. ET). The Betzdorf, Germany native is currently ranked 36th in the nation and has a 20-12 overall record in 2014-15, most recently falling to eighth-ranked Sydney Campbell of Vanderbilt in the NCAA Sweet 16 on Friday, May 15. Koelzer was named to the 2015 All-ACC First Team after recording 10-3 record in conference dual matches, including a win over the number-one player in the nation, Julia Elbaba of Virginia on March 20. Koelzer is making her second appearance in the NCAA Singles Championships, as she also competed in the tournament in 2014, winning her debut match before falling in the second round.

Gumulya and Rompies are the No. 4-national seed in the NCAA Doubles Championship, and are also currently ranked fourth nationally by the ITA. The pair meets No. 20 Sydney Campbell and Courtney Colton of Vanderbilt in Thursday’s first round. It will be a chance for redemption for the Jakarta, Indonesia natives, as they lost a tough 8-6 battle against Campbell and Colton in the NCAA Sweet 16 on Friday. Gumulya and Rompies are 27-5 overall and 15-4 in dual doubles matches, all at the No. 1 position. The 27 wins place the duo in a tie for sixth in Clemson history in single season wins by a doubles team. The pair won the ITA All-American and reached the semifinals of the ITA Indoor Championships in the fall of 2014. Gumulya and Rompies were paired together in the 2014 NCAA Doubles Championships as well, reaching the Sweet 16 before falling to Whitney Kay and Caroline Price of North Carolina.

Clemson has had one singles player and one doubles team reach the finals of the NCAA Singles & Doubles Championships in school history. In 1983, Gigi Fernandez advanced to the title match of the singles draw before falling. In 2011, current Clemson Volunteer Assistant Coach Keri Wong and her teammate Josipa Bek fell in the finals of the national doubles tournament.