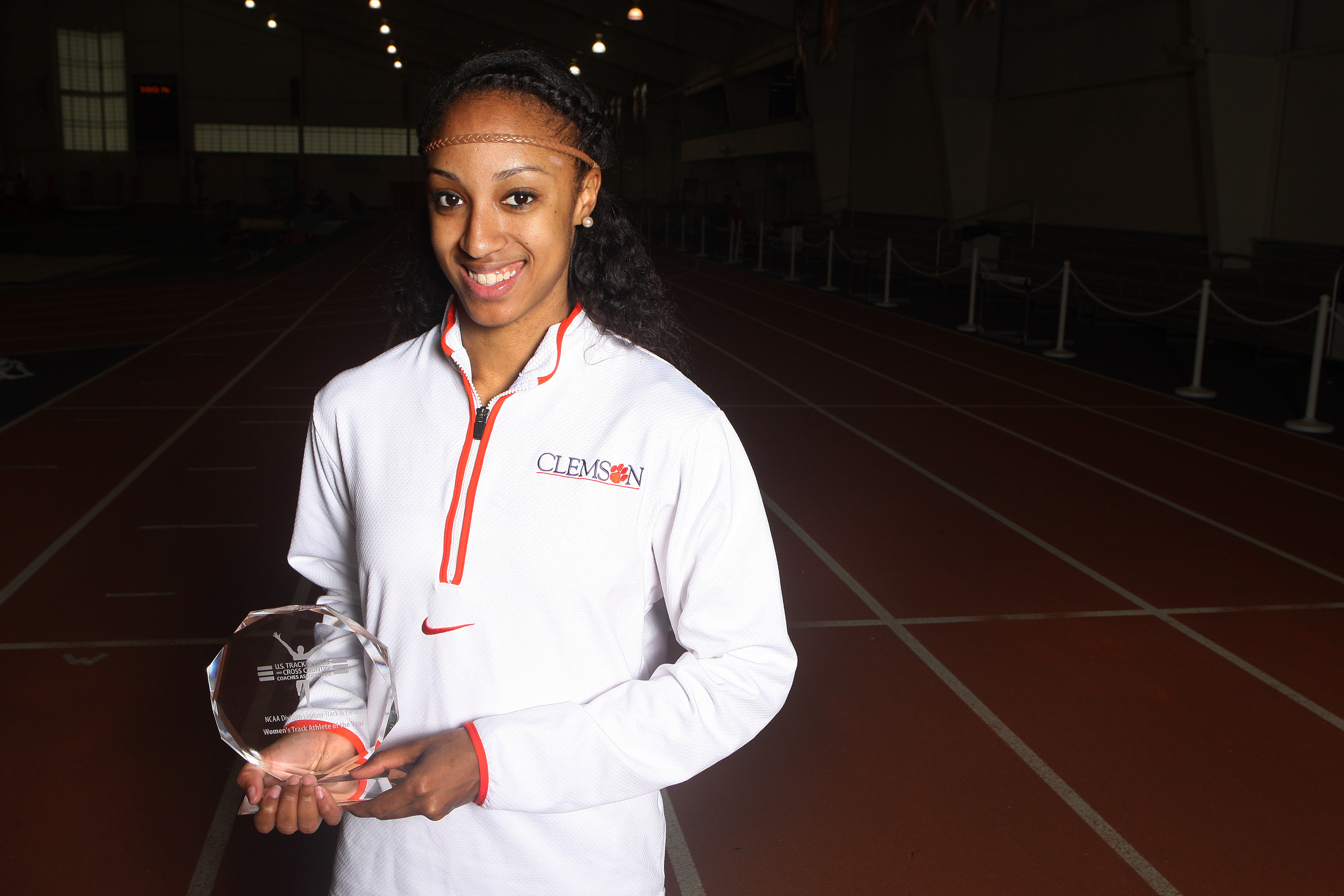 CLEMSON, SC – Clemson produced four annual award winners for the 2013 indoor track & field season, the Atlantic Coast Conference announced Friday. The No. 6 ranked women’s team swept the ACC honors, producing the league’s Track Athlete of the Year in Brianna Rollins, Field Athlete of the Year in Brittney Waller, and Freshman of the Year in Mimi Land. Tevin Hester from the men’s team was named ACC Indoor Freshman of the Year, giving Clemson a clean sweep of the top rookie honors.Rollins earned the ACC’s Indoor Track Athlete of the Year honor for a second straight season. The senior from Miami, FL won the NCAA National Championship last week in the 60 hurdles, her second career crown. She also was the ACC Indoor Champion in the 60 hurdles and all-conference in the 200 dash. Rollins not only set the NCAA record (7.78) in the 60 hurdles, but also the NCAA Championships (7.79) and ACC Championships (7.90) records as well. In all, she established the top three times in the 60 hurdles in the world during the 2013 indoor season.Waller was a first-time recipient of the ACC Indoor Field Athlete of the Year honor. The Greenville, SC product was the NCAA bronze medalist in the 20-pound weight throw, earning her first-ever first-team All-America honor. She also won the ACC for a third straight season in the event with a meet record 70’10.5″. Waller established a school record in the event during the indoor season with a mark of 73’2″.Land is the second straight Tiger female to win ACC Indoor Freshman of the Year honors, and third in the last four seasons. The jumper out of Albany, GA scored in three different events at the ACC Indoor Championships from Feb. 21-23. Land was all-conference with a bronze medal performance in the long jump, while also finishing in a tie for fourth in the high jump and eighth in the triple jump. She set the Clemson freshman record with a high jump of 5’11.5″ during the indoor campaign.Hester is the first Tiger male athlete to be named ACC Indoor Freshman of the Year since Jacoby Ford in 2007. He is the fourth honoree in program history. Hester was All-ACC in the 60 dash and fourth in the 200. He advanced to the NCAA final in the 60 dash, finishing seventh to earn first-team All-America status. Hester recorded a personal best 6.64 in the 60 dash – tied for No. 6 in Clemson history.