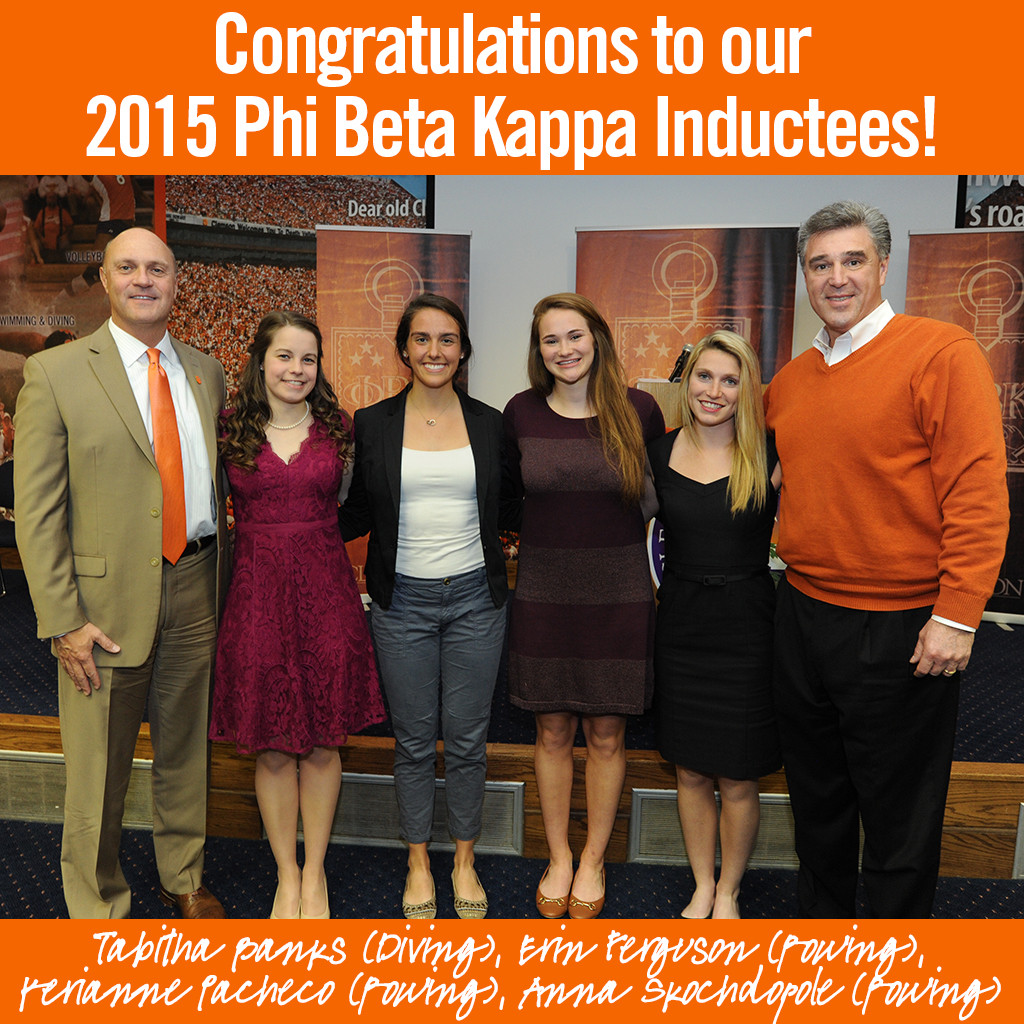 This is the second-consecutive year that Clemson has had multiple student-athletes inducted into Phi Beta Kappa, as diver Emily Howard and women’s soccer player Deana Sherry were inducted into the honor society in the spring of 2014.

Phi Beta Kappa is the country’s oldest and largest academic honor society, founded during the American Revolution in 1776. Membership is made up of the top 10 percent of arts and sciences graduates of distinguished colleges and universities. Seventeen United States Presidents have been members since Phi Beta Kappa was first started in 1776.