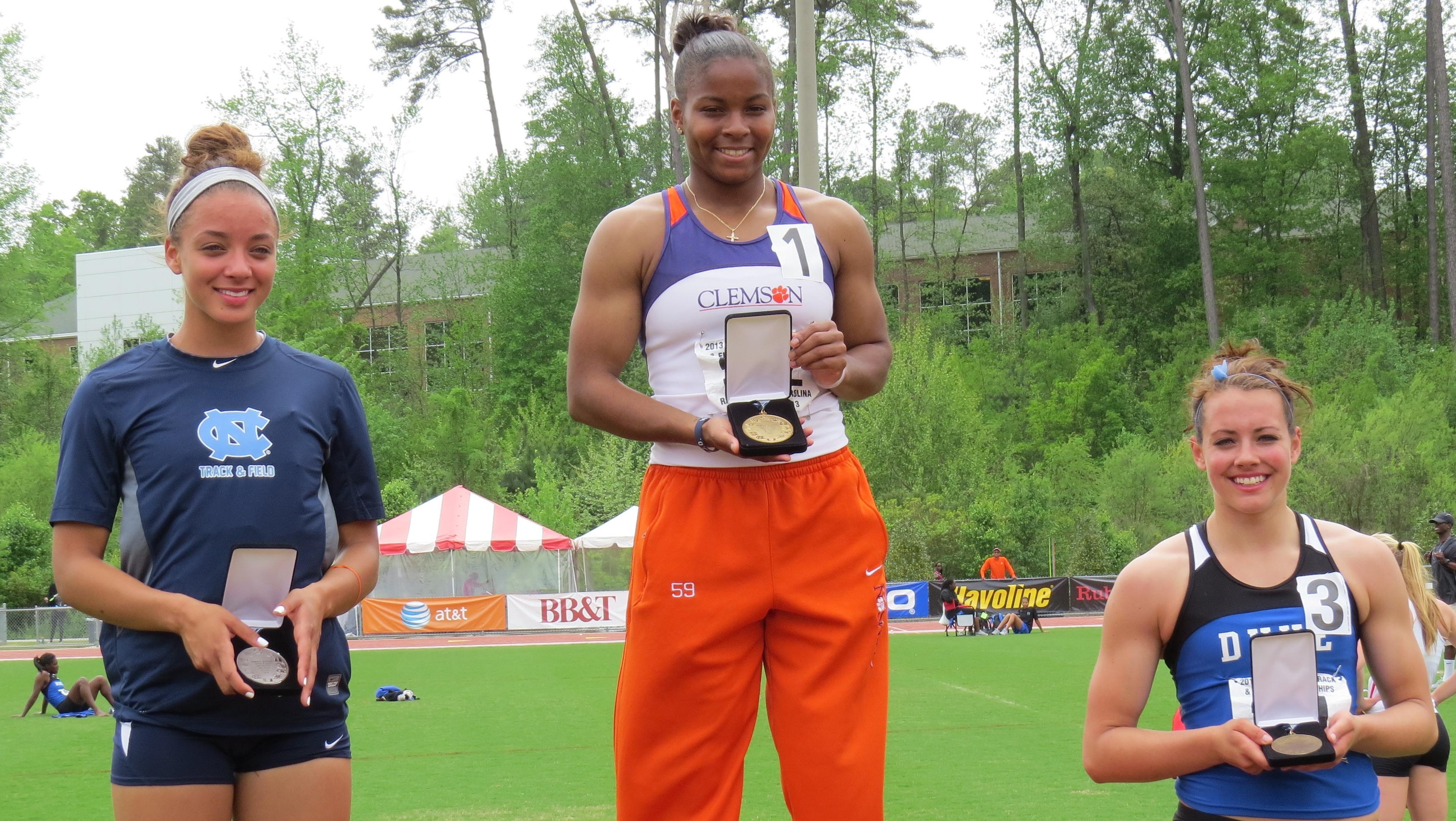 RALEIGH, NC – Whitney Fountain won Clemson’s first event of the week, and the Tigers qualified many athletes for running finals as well, to highlight day two of action at the ACC Outdoor Championships from Paul Derr Track. Two other student-athletes – Ty McCormack and Jameel Abdul-Mateen – picked up All-ACC recognition on an outstanding day overall. The Tiger women are fifth overall with 29 points, and the men are seventh with 18. Only seven of the 21 events have been scored at this point. “I’m extremely proud of the way both teams competed today,” said Shawn Cobey, Clemson’s interim director of track & field. “We have put ourselves in good position on both sides, now we just have to come out Saturday and limit our mistakes and score as many points as possible.” Fountain began the day in third place, but quickly moved up after a collegiate best 19’0.25″ in the long jump. After a solid effort in the javelin, it came down to the final event, the 800 meters. Fountain held off a charging Tory Kemp of North Carolina by running a time of 2:23.37, winning with 5,094 points and a slim 16-point margin. McCormack was Clemson’s lone silver medalist Friday. The junior from Gainesville, GA had a season-best time of 8:50.81 in the steeplechase and led until the final 300 meters. He will run the 1500 final Saturday and possibly the 5K as well. Abdul-Mateen earned his first career all-conference accolade with a bronze in the long jump. The sophomore made it into the final round and reeled off a personal best 25’2″ jump on his fifth attempt. That puts him fourth in Clemson’s record books for the event. In the 100 dash, the Tigers qualified three men and three women for finals. Stormy Kendrick and Dezerea Bryant both posted the top time at 11.36, while in the men’s race freshman Tevin Hester ran a personal best 10.26 to lead Clemson’s qualifiers. Warren Fraser (10.29) and Reggie Lewis will join the freshman in both short sprints Saturday.Brunson Miller ran the top time of the prelims in the 400 dash at 46.19, as he and Spencer Adams qualified for Saturday’s final. Brittany Pringley, Nia Fluker and Keisha Richburg all made the final on the women’s side. Six hurdlers advanced to Saturday’s finals, including four from the Tiger men’s team. Adams had the best time in the 110 hurdles with a wind-aided 13.51, followed by Marcus Maxey at 13.67. Brianna Rollins and Keni Harrison both advanced in the 100 hurdles. Rollins easily won her heat with the top overall time, a windy (+2.9) 12.73. Saturday action gets started at 1:00 PM with three events – women’s high jump, men’s triple jump and women’s hammer. The track event finals start with the 4×100 relays at 4:00. Live video is available on TheACC.com and live results are available via FlashResults.com.