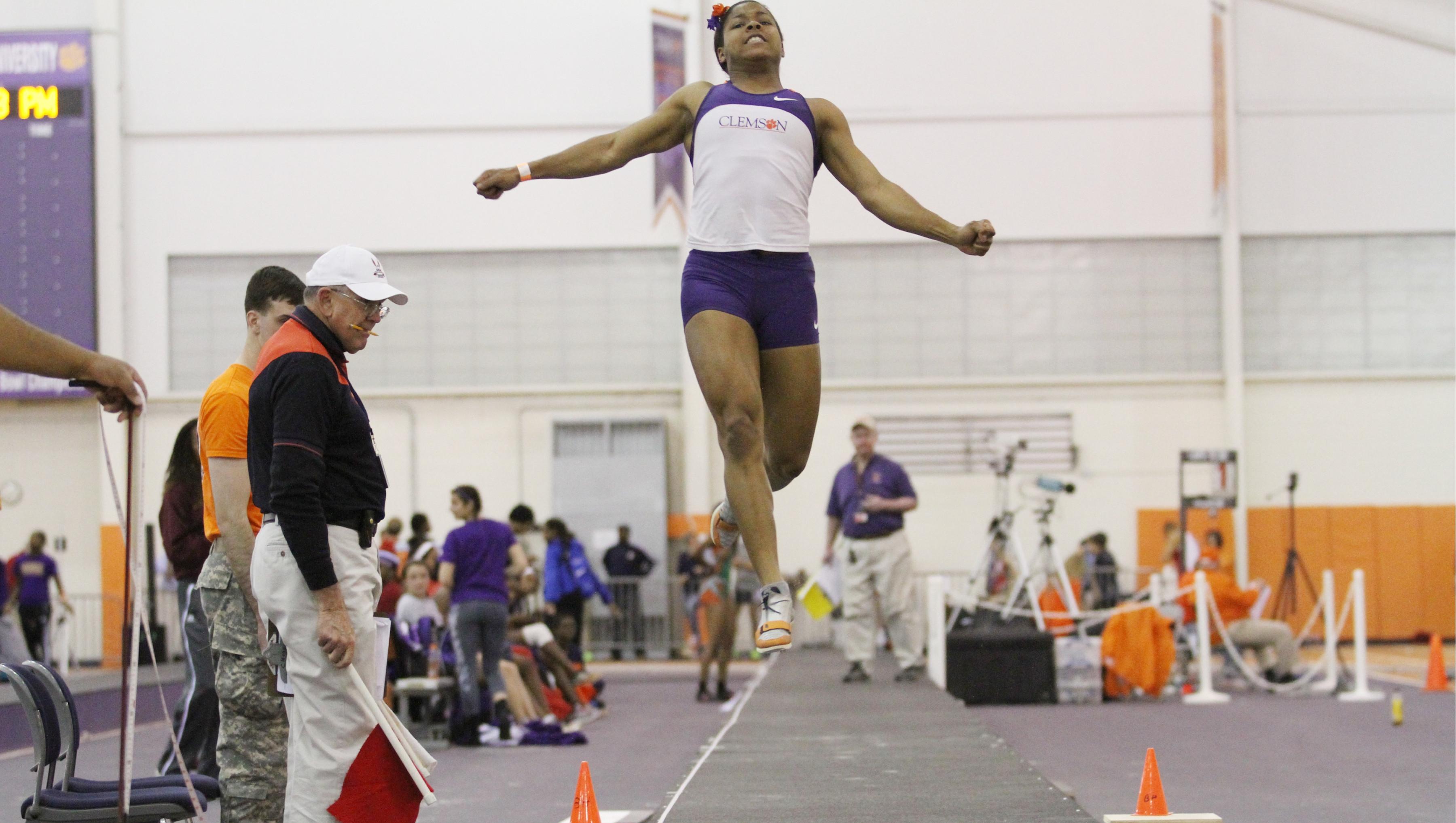 CLEMSON, S.C. – Behind a personal best on her fifth attempt, Whitney Fountain placed third in the women’s long jump Thursday at the East Preliminary Round in Jacksonville, Fla., to punch Clemson’s first ticket to the NCAA Outdoor Championships. She earned a spot in a national championship field as an individual for the first time in her Tiger career.

Fountain was sitting in 12th place with two jumps remaining, the final transfer spot for the outdoor nationals. On her next to last jump, she posted a mark of 20-8.5 to leap nine spots and secure a place in the championships held at Hayward Field in Eugene, Ore., from June 11-14. She next competes in the triple jump and 4×400 relay Saturday in Jacksonville.

The Tigers advanced both of their competitors to quarterfinals in the men’s 100 and women’s 400 in Thursday’s opening round. Tevin Hester (10.44) and Reggie Lewis (10.46) both fought headwinds Thursday to lock in spots in Friday’s quarterfinals, where the top three finishers and next three best times move on from three sections. The same goes for Marlena Wesh (52.70) and Olivia James (53.72), who compete at 6:15 Friday and precede the men’s 100 by 15 minutes.

Marcus Brown‘s career came to a close Thursday in the shot put. The senior from Gaithersburg, Md., posted a mark of 57-11 and finished 25th out of 48 competitors.

In other action Friday, Shai Carpenter is scheduled for the men’s triple jump at 5 p.m.