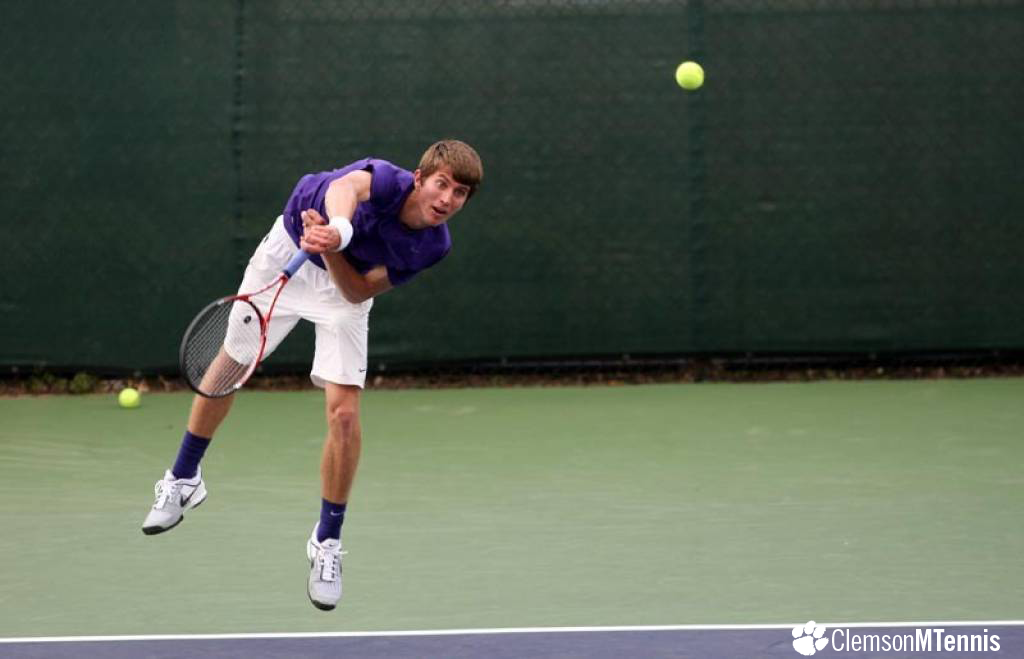 CLEMSON, S.C. – Yannick Maden, a former All-American for Clemson in 2013, won his fourth Futures title of the year this past weekend. This time he won the Italy F8 Futures 15K tournament. Maden, who is from Stuttgart, Germany defeated the seventh seed Collarini of Argentina in the finals, 2-6, 6-1, 6-3.

Maden entered the tournament as the number two overall seed, winning the first round, and quarterfinals in straight sets. In the first round, Maden defeated Ricardo Bonadio of Italy, 6-3, 6-4. In the quarterfinals, Madden dropped the first set to Antonescu 3-6 but bounced back with two strong sets, 6-0, 6-1. He then breezed through the semifinals with a straight set, 6-3, 6-2 victory over Omar Giacalone of Italy as well.

Maden played for the Tigers from 2011 to 2013, earning All-America honors in doubles with his brother Dom Maden in 2013. Maden was also named the Atlantic Coast Conference Men’s Tennis Scholar-Athlete of the Year in 2013 along with finishing his career at Clemson ranked eighth nationally in doubles. The All-American and two-time All-ACC selection earned a 26-10 overall singles mark, including a 19-6 record at number-one singles.