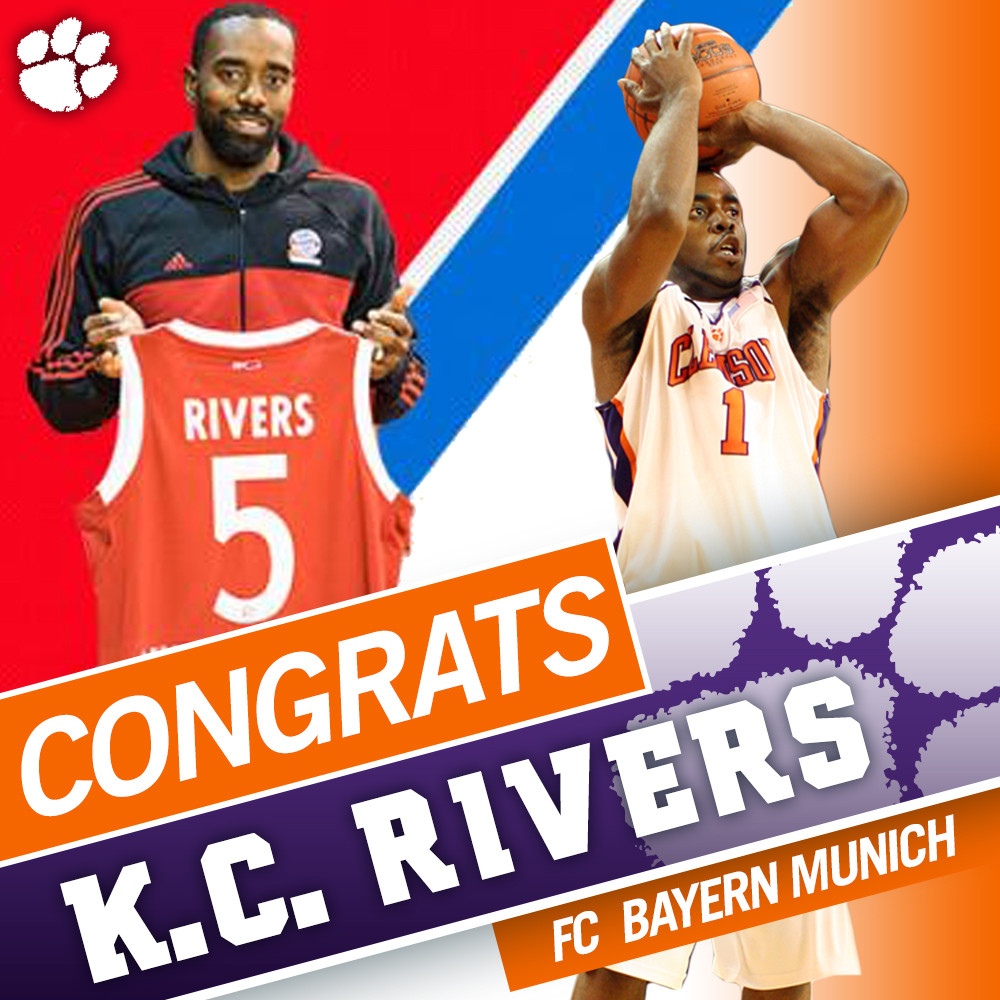 “We are totally thrilled to have signed a player of such quality — it’s a real joy,” said FCBB CEO Marko Pesic. “K.C. was available and wanted to take on the sporting challenge with us. He is a complete player with a good long shot who will improve us with his experience in Europe.”

Rivers is coming to Bayern off of one of his most successful seasons, helping Real Madrid win Europe’s premier club competition for the first time in 20 years. Rivers scored 17 points in the team’s 96-87 semifinal victory against Fenerbahce, going 5-6 from beyond the arc. He also put up 21 points, including six three-pointers, in the team’s 80-71 playoff victory against Anadolu.

“I’m pumped to be in Munich. The possibility of again playing at the highest level in the Euroleague was inviting,” said Rivers. “I now want to utilize my experience in the Euroleague to achieve a lot with the team.”