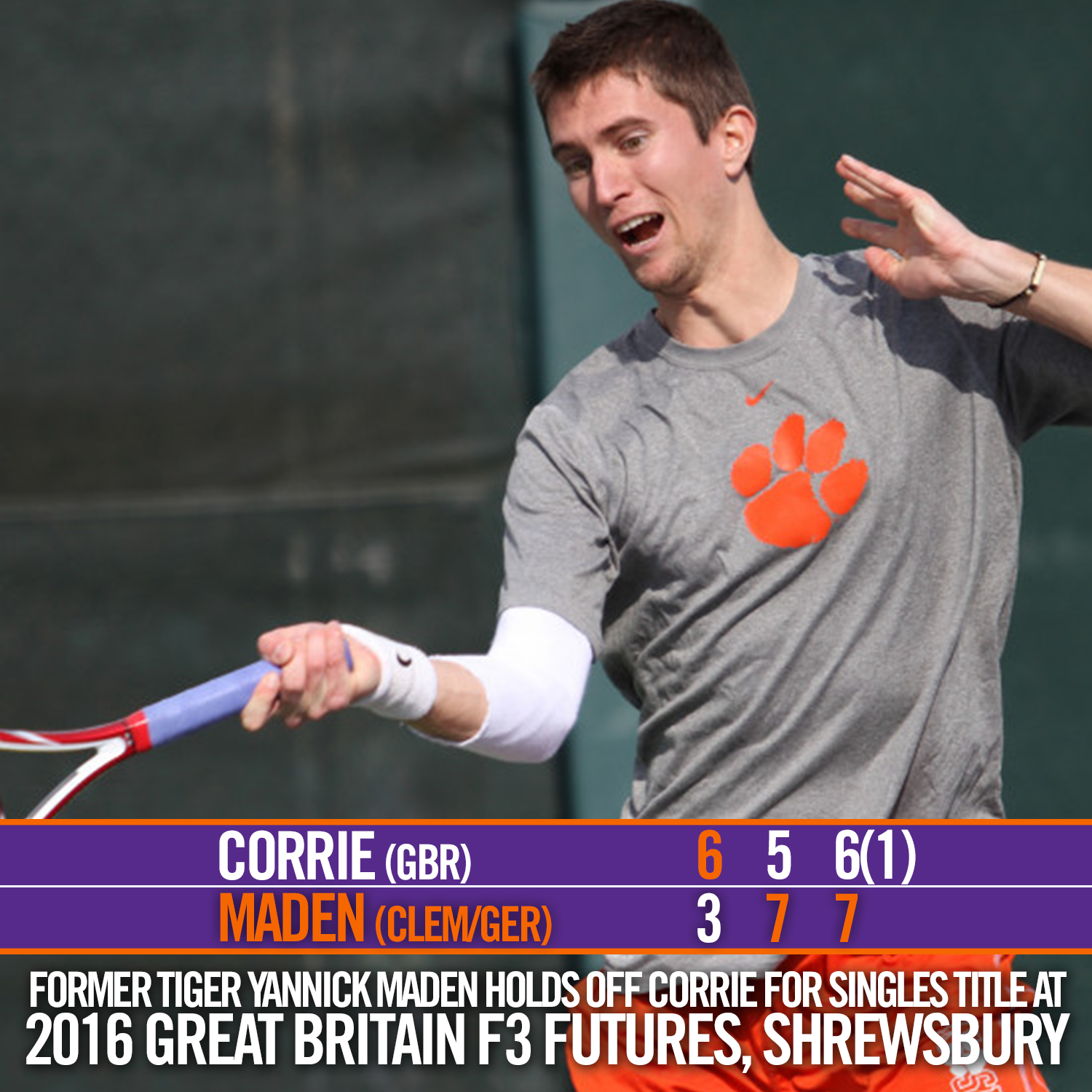 CLEMSON S.C.- Former Tiger Yannick Maden is making a name for himself on the ATP Challenger Tour. Maden shined in Shrewsbury this weekend, winning the Great Britain F3 Futures Tournament. Maden’s currently ranked 657th in the world, has been ranked as high as 432nd.  The winning began when Maden defeated fellow German, George Von Massow, ranked 635th in the world, winning in two sets, 6-4, 6-4.

Maden then faced Hugo Grenier of France who beat the number four seed in the first round, 6-3, 6-2. Maden defeated world ranked 635th Grenier in two sets, 6-3, 7-6 (2). Maden would then face the number two seeded player Liam Broady from Great Britain, who won last weeks Pro Futures. Broady is currently ranked 287th in the world and has been ranked as high as 158th. In the quarterfinals Maden defeated Broady in commanding fashion, 6-3, 6-3.

In the semifinals Maden would face Daniel Cox of Great Britain, ranked 481st in the world and has been ranked as high as 205th. Maden continued to cruise through to the finals, defeating Cox in three sets, 6-4, 6-7(1), 6-3. In the finals Maden would face off against Edward Corrie who is currently ranked 486th in world, ranked as high as 215th. Corrie would give Maden a tough match going to three sets. Maden dropped the first set 3-6 but then prevailed winning the next two sets, 7-5, 7-6 (1). After the match Maden said “I am very happy with my attitude this week. My level of play wasn’t great until the quarterfinals but I managed to raise my level when I needed to. I was second to last selected for the tournament so the victory was not expected which makes it even more enjoyable.”