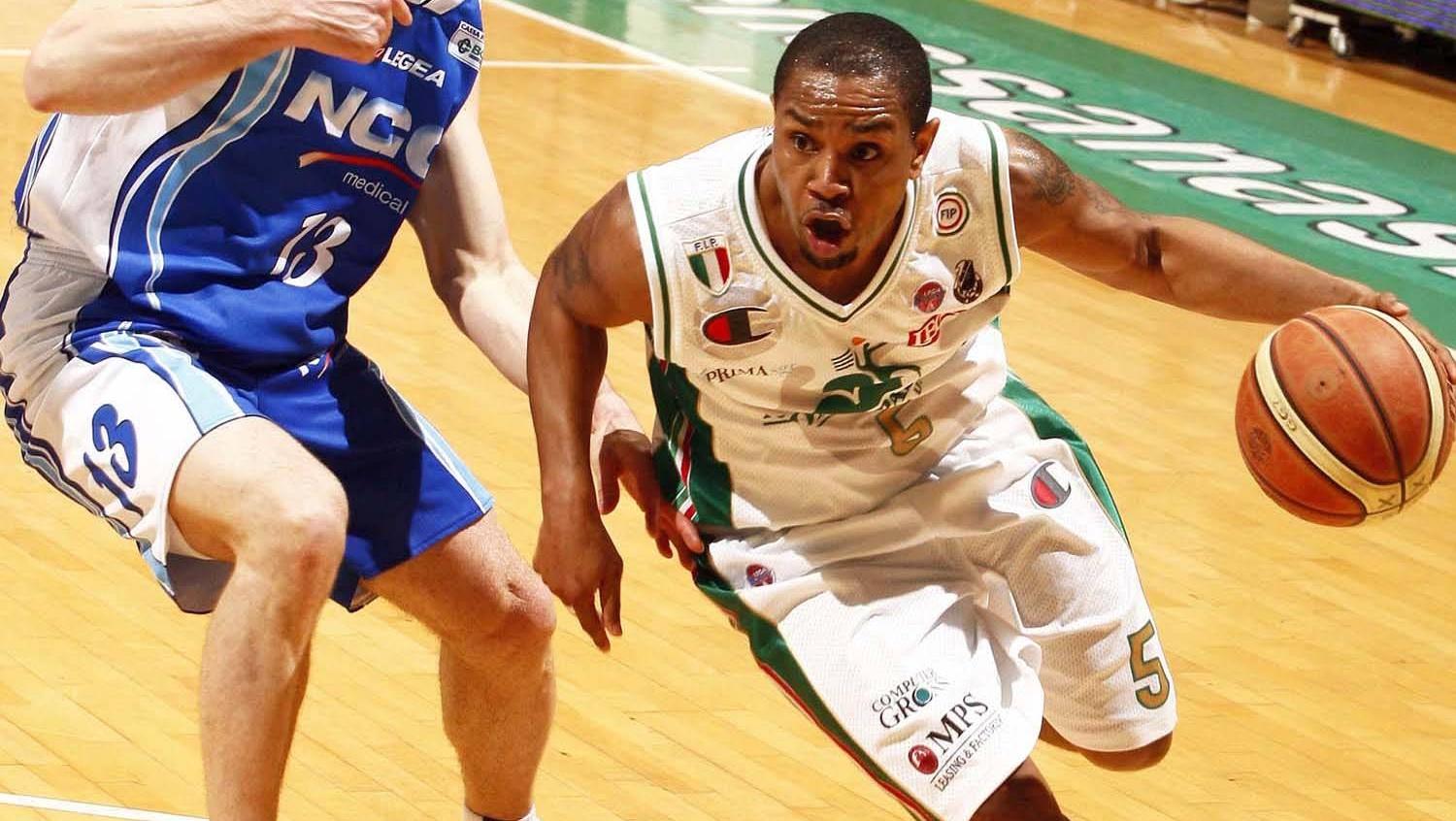 CLEMSON, SC – Former Clemson guard Terrell McIntyre will have his No. 5 jersey retired by Montepaschi Siena, the Italian team he took to four consecutive A Series championships from 2007-10.  The ceremony will be held before Siena’s preseason exhibition game on Wednesday against Fenerbahce Ulker of Turkey. McIntyre led Siena to a combined record of 116-10 in four seasons with the club. He was named the Finals MVP each of his last three seasons in Italy.  In 2006-07, his first season, he was third in the league in assists per game and poured in 22 points in the championship-clinching win.  In 2007-08, he posted 16 points in the final game and was a second-team A Series selection.   In 2008-09, he was the A Series Player of the Year and again named Finals MVP. He led all of Italy in assists per game that season.  His final season, 2009-10, he scored 28 points in the championship clincher to earn his third straight Finals MVP award. McIntyre helped Siena to a third-place finish in Euroleague in 2007-08 and was twice named an All-Euroleague player.  Prior to his time with Siena, he established an Italian A Series record for three-point accuracy by hitting 10-for-10 in a career-high 41-point effort in 2006.  The 5-foot-9 McIntyre native retired from professional basketball in 2011 after playing one season with Unicaja Malaga in Spain. Originally from Raeford, NC, McIntyre now lives in Charlotte.  He was a three-time All-ACC player for the Tigers and led Clemson to three straight NCAA Tournament appearances.  He captained the 1996-97 squad to a Sweet 16 appearance.  He is second in Clemson history with 1,839 points and 259 career three-point goals.  He returned to Clemson last February to be honored as part of the school’s 100th anniversary all-time team.