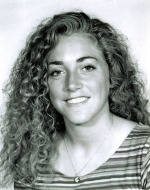 ELON, NC – Elon University Director of Athletics Dave Blank announced that Christine Engel has been tabbed as the next Phoenix head men’s and women’s cross country coach and assistant women’s indoor and outdoor track and field coach. Engel comes to Elon after spending one year as an assistant cross country and track and field coach at Columbia University in New York City.

“We are very excited to have someone of Christine’s caliber as the next cross country coach here at Elon,” said Blank. “We feel that her credentials and experience will be very valuable assets to our program. Christine will continue to improve our programs and have us competing for SoCon titles.”

In her season at Columbia, Engel helped guide three student-athletes to All-Ivy League honors in cross country and two to All-Northeast Region accolades. She also coached Carmen Ballard to All-American honors and a 23rd-place NCAA finish in cross country. Her runners obtained five qualifying marks for the 2008 NCAA East Regional Championships as well.

“I’m very excited to be given this opportunity to guide Elon to the next level,” stated Engel. “I’m looking forward to bringing a high level of intensity to the distance program. I’m sure that we can attract top-notch talent to Elon and I expect to make a big jump at both the conference and regional meets.”

Prior to her stint at Columbia, Engel spent three seasons as an assistant men’s and women’s cross country and track coach at the University of San Francisco. During her time there, both the men’s and women’s programs turned in the most successful seasons in program history and achieved two runner-up finishes at the West Coast Conference Championships. Nine runners earned first team all-conference accolades while Engel helped coach Jeannine Hagedorn to the highest conference and NCAA Regional finish in USF history. Two of her athletes were named to the ESPN The Magazine Academic All-District team.

Engel has also coached the Impala Racing Team, one of America’s top all-women’s club teams, where she helped six athletes qualify for the 2008 Olympic trials in the marathon.

She spent three years as the head cross country and indoor/outdoor track coach at West Morris Central High School in Chester, N.J. During her tenure at West Morris, Engel earned Morris Indoor Track Coach of the Year honors following the 2001-02 campaign from the Newark Star Ledger. She also received the 2003 Cross Country Coach of the Year award from the same publication. Engel produced four all-state performers, 34 all-conference choices, 11 all-area selections and 17 all-county honorees in her three years at West Morris.

A two-time All-Atlantic Coast Conference selection at Clemson University, Engel was a member of the Tigers’ school record-setting 4×800, distance medley relay and 4×1500 teams. She competed on Clemson’s ACC champion distance medley relay squad. In addition to team highlights, Engle fills the program record books, ranking in the top-five in the 800 and the mile and owns the Littlejohn Coliseum 800 record. Her standout career was recognized with inclusion on the Clemson University Athletic Wall of Fame.

A highly decorated prep star in New Jersey, Engel earned All-American honors at Mount Olive High School. She was named the 1992 Gatorade Athlete of the Year for New Jersey and was a six-time New Jersey Meet of Champions winner in the 1600 meters. Following her prep career, Engel was selected as one of New Jersey’s “Track and Field Athletes of the Decade.”

Engel earned her bachelor’s degree in parks, recreation and tourism management from Clemson in 1996. She holds a USATF Level One Certification.