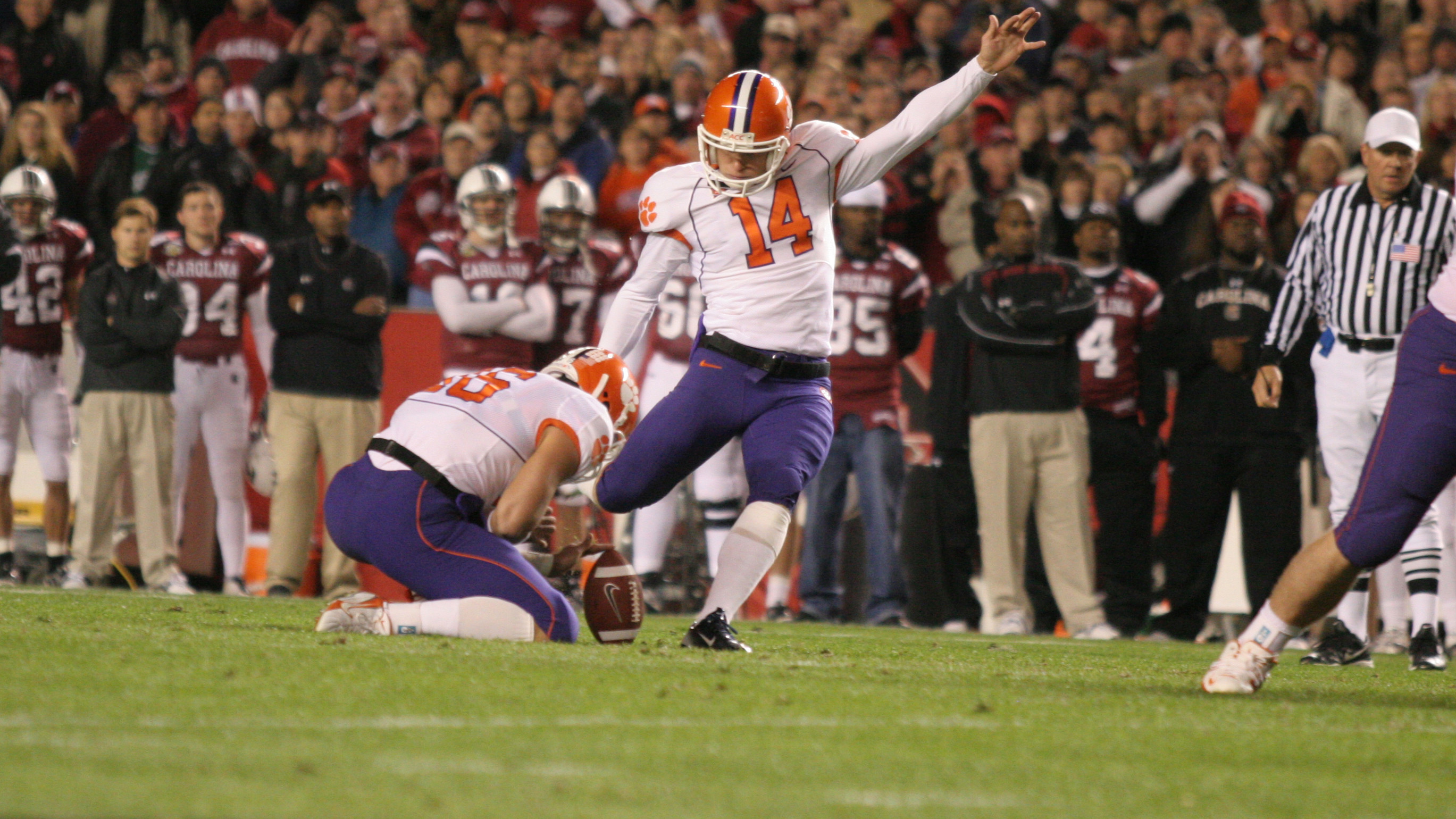 CLEMSON, SC – Former Clemson two-sport athlete Mark Buchholz qualified for the United States Public Links Golf Tournament by shooting a 136 score for 36 holes at Woodmont Golf and Country Club in Canton, GA on Wednesday. Buchholz had rounds of 68-68 in ranking as the second of four qualifiers from the site.

Buchholz was second to Jacob Harper of Beulah, AL in the 36-hole one-day event at Woodmont.

The US Public Links is one of the top amateur tournaments sponsored by the USGA. Former Clemson golfer Corbin Mills won the tournament in 2011, a win that earned him an invitation to the 2012 Masters. This year’s US Public Links will be played July 15-20 at Laurel Hill Golf Club in Lorton, Virginia.

Buchholz never played varsity golf at Clemson, but did have an outstanding career in soccer and football. On the gridiron, Buchholz lettered in 2007 and 2008, and was the team’s leading scorer both seasons. He kicked a walk-off 35-yard field goal to beat South Carolina in Columbia in 2007. He was 88-88 on extra points for his career, the most consecutive made extra points in Clemson history.

In soccer, Buchholz was a four-year starter and was a starter on Clemson’s 2005 team that reached the Final Four. He also started on the 2006 team that ranked ninth in the final poll. In his four years he had 13 goals and 12 assists.