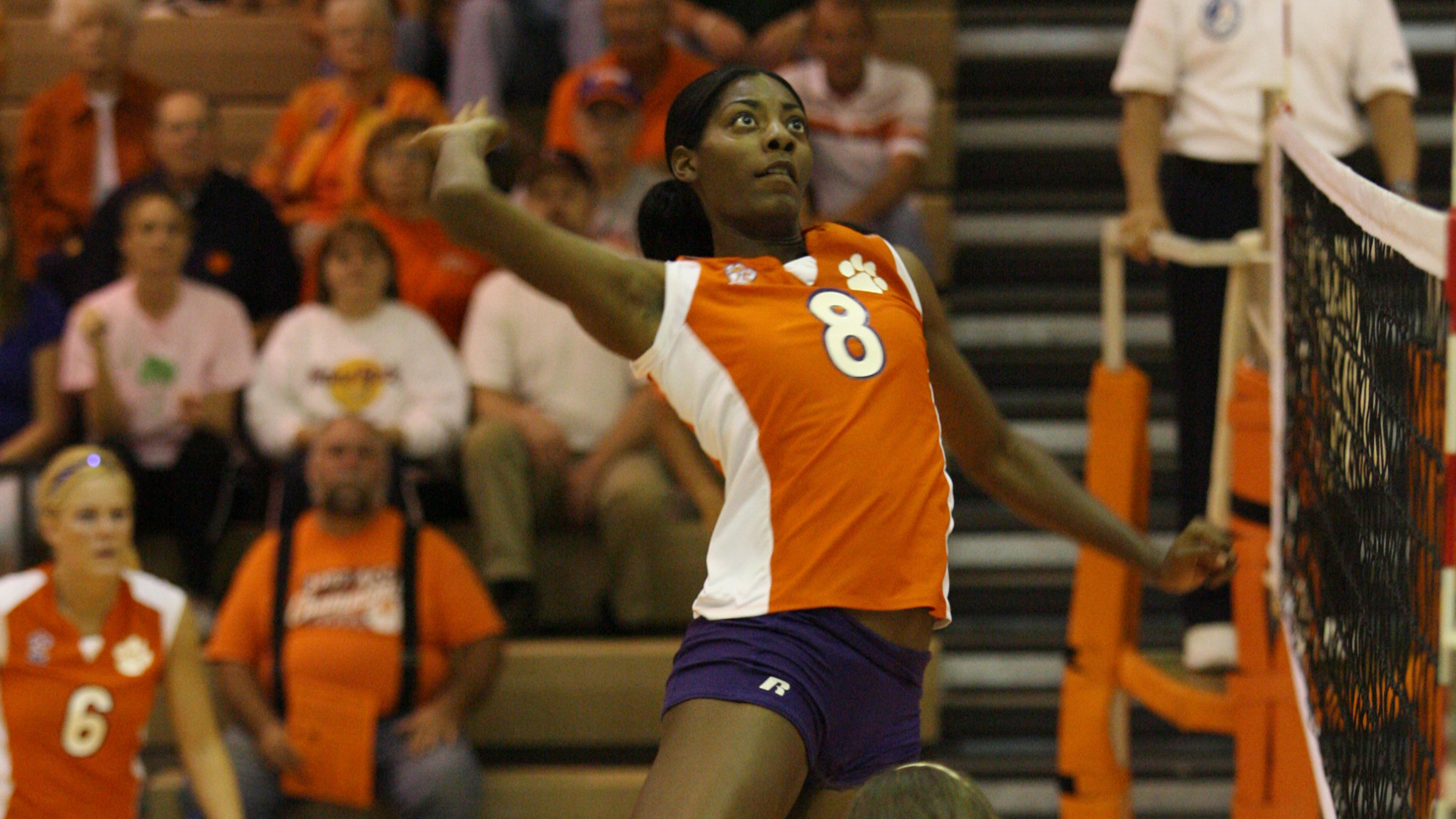 CLEMSON, SC – Danielle Hepburn, the 2008 ACC Volleyball Player-of-the-Year, will join the Clemson Volleyball program as a Graduate Assistant, Head Coach Jolene Jordan Hoover announced on Friday. Hepburn, who graduated in 2009, has played professionally overseas for the last four years.  “We are extremely thrilled that Danielle is coming back to her alma mater and will help our team in numerous ways, especially with her international playing experience,” said Hoover. “She is one of the greatest players that we’ve had, so I think it’s exciting that we can add someone like that to our staff.”  “I am very excited to be a part of the program again,” said Hepburn. “After playing internationally, I decided that it is important to me to become more involved with student-athletes, and I am happy that I am able to return to Clemson to do that.” Hepburn was a 3rd-team AVCA All-American in 2008, and led the team to NCAA Tournament wins in 2007 and 2008, and the ACC Championship in 2007. Hepburn is Clemson’s career leader in hitting percentage (.357), blocks (684), block assists (560), blocks per set (1.47), and 8th with 1,507 kills.  Clemson’s program now features three former Tiger greats in three-time All-ACC selections Jodi Steffes Welp (1998-01) and Kelsey Murphy Saberhagen (2006-09), as well as Hepburn (2005-08).