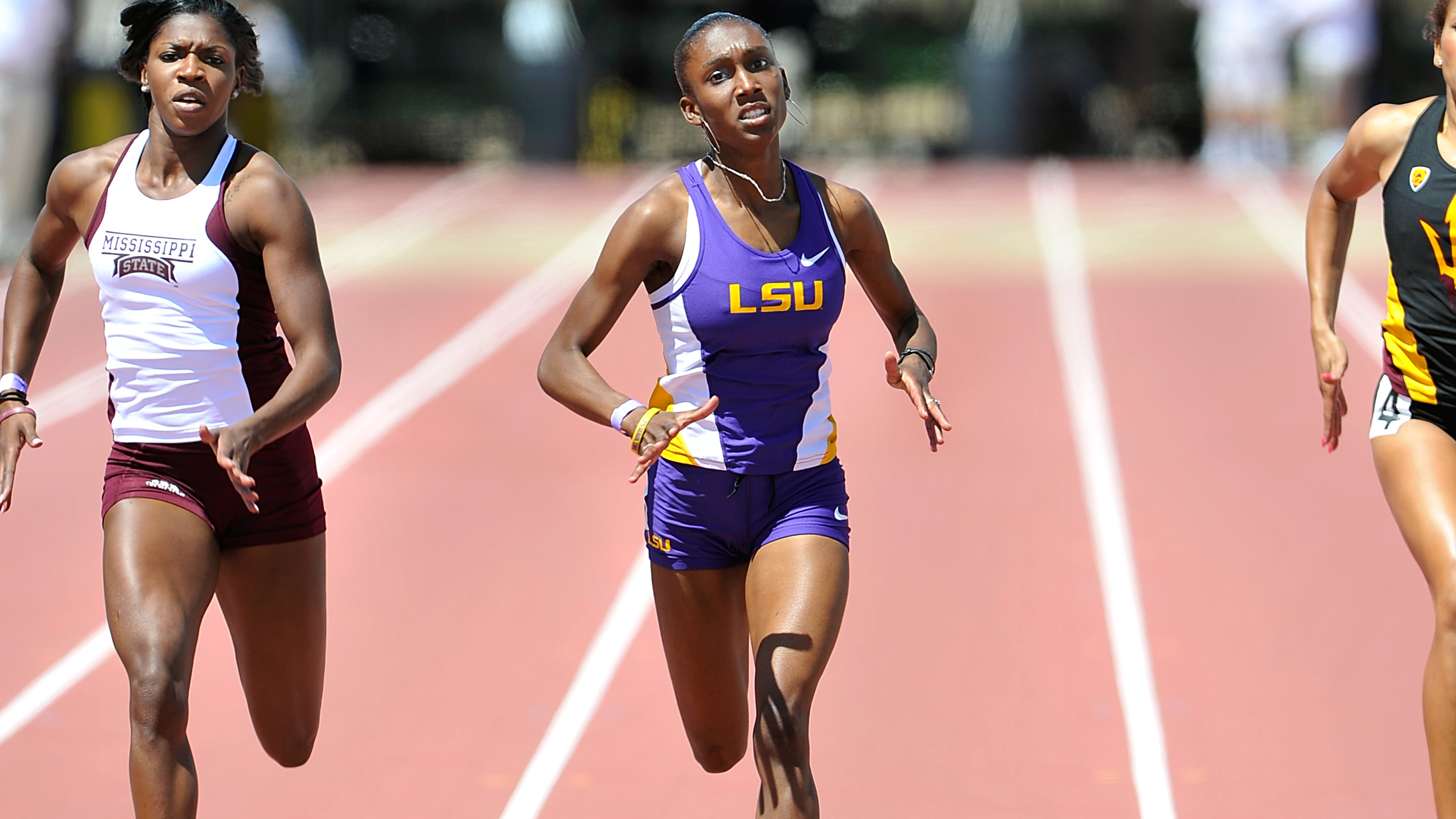 Mark Elliott‘s first season at Clemson didn’t go the way he wanted, but the first-year track & field coach won’t make any excuses as he builds the program in a way he envisions for sustainable success.

Consider the following excerpt from an interview Elliott gave “Orange: The Experience” in its May 12 edition.

“What makes me sleep well at night is what I know we’re getting next season.”

Look no further than last weekend to what Elliott was likely alluding to. No, not to the NCAA Outdoor Championships where the Tiger men and women were finishing their 2014 collegiate seasons. But to New York City and the adidas Grand Prix, where LSU transfer Natoya Goule beat a field including former Elliott protégé LaTavia Thomas and 18-year-old phenom Mary Cain to win the 800 meters.

“I was so nervous,” Goule said, “but seeing the Jamaican crowd gave me a big boost.”

Goule didn’t just win last weekend, she won going away with a blistering time of 2:00.28 – a time that would rank No. 1 in Clemson history, ahead of Ring of Honor member Tina Krebs, had it been a collegiate meet. But it wasn’t even a personal best for Goule, who arrived last fall after winning 2013 NCAA Indoor and Outdoor Championships in the 800 for the Bayou Bengals.

Like her coach, Goule arrived in the U.S. via Jamaica. Last summer, at her home country’s National Championships, she posted the first sub-2:00 time of her career. She competed at the highest level other than the Olympics — the IAAF World Championships — in Moscow last August.

Goule not only shores up Clemson’s middle distance, but she also bolsters the mile relay. She owns a pair of All-America honors in the 4×400 from LSU and is likely to join with current freshman Olivia James — another Jamaica native — next season to form a solid 1-2 punch.

But she is not the only piece the Tiger women’s team is adding. Samantha Elliott (no relation to the Tiger coach), a third Jamaica native and highly decorated athlete from the Division II ranks, signed an aid agreement this spring to utilize her final indoor and outdoor seasons as a Clemson Tiger in 2015. Elliott’s versatility should allow her to compete in both hurdle events and with both relays after earning her undergraduate degree this spring from Johnson C. Smith in Charlotte, N.C.

The additions of Deja Parrish, Torie Robinson and Taylor Williams should also help alleviate Clemson’s lack of depth in the sprints and hurdles — an area of need in Elliott’s first season with the Tigers.

As Elliott sees it, his reasons for optimism are many. But they all point to one piece of the puzzle — Goule.

“Put it this way, it’s like getting Brianna Rollins back minus a World Championship,” he said. “She’s won on every other level and she’s close to breaking the NCAA record in the 800.”

In other words — for Clemson women’s track & field — the future starts now.