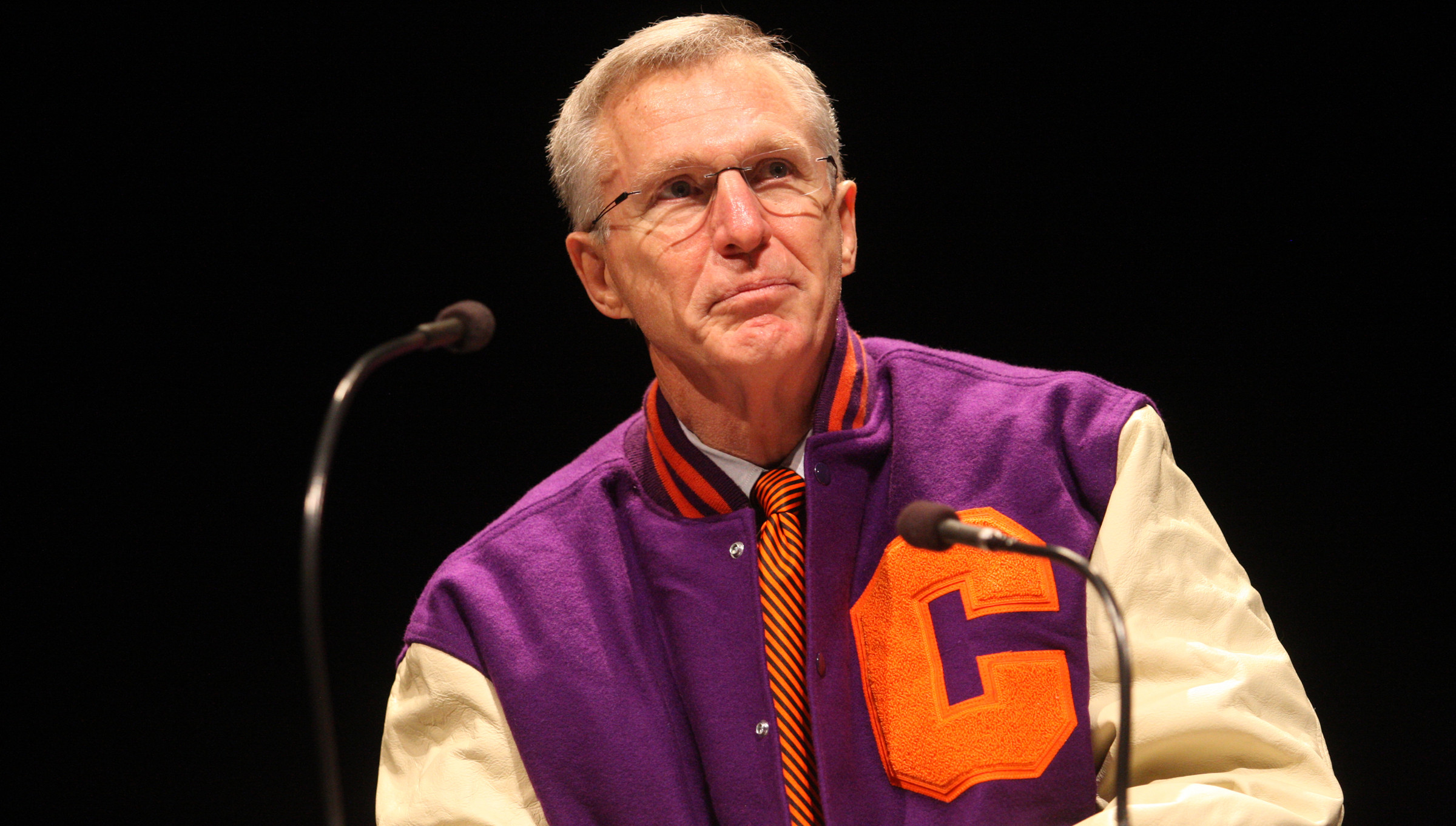 In 10-plus years as the athletic director at Clemson University, Terry Don Phillips has supervised lasting changes. Monuments to his accomplishments are ample, from the WestZone facility that has turned Memorial Stadium into one of the nation’s collegiate athletics treasures, to the pending project to revamp Highway 93 that will revolutionize the façade of the Olympic sports wing of Clemson’s campus.

When assessing his legacy on the eve of his retirement, however, Phillips would rather look deep within the walls to evaluate success rather than just gazing at architecture.

“It’s still about personnel,” said Phillips. “But if you give a great coach the tools that they need – the facilities they can recruit to, the environment they can put their kids in – then they have an opportunity to achieve great things.”

Phillips says you can put a quality coach “in a hayfield and he’s going to do a good job for you.” Fortunately for all involved, Clemson can provide much more than that for coaches and student-athletes alike.

The affinity Phillips has for his coaches is evident in the way he describes them. He sees the needle pointing upward all over the Clemson athletic landscape, while understanding there are some programs where work to improve is continual.

The former Oklahoma State athletic director likens Men’s Basketball Coach Brad Brownell to former Cowboys’ Coach Eddie Sutton, a College Basketball Hall of Famer whose teams appeared in two Final Fours. He says Clemson Football Coach Dabo Swinney has similar attributes, and on and on the praise went as he reeled off the positive attributes of his employees tasked with leading an array of Tiger programs to greatness.

“At this point in our history, I think we have some very good coaches in place across the board in all of our sports,” said Phillips. “We’re going to continue to see progress in our total sports program.”

As he steps away from athletic administration after 32 years in the profession and 42 years overall in athletics, Phillips leaves behind a legacy that is strong and sound for his successor, Dan Radakovich. In addition to presiding over a number of conference championships and a men’s golf national title during his reign, Phillips also organized and facilitated upgrades in virtually all major athletic venues on campus.

Some of those projects, like the renovations to Littlejohn Coliseum, were already well underway when he arrived. Others, like the WestZone, were necessary for Clemson to compete with its peer institutions across the country.

Still others, like the indoor football practice facility, are currently under construction or close to completion. And others, like the Highway 93 development, the new basketball additions, and the renovations to the baseball team room, will be completed after Phillips has departed the scene.

Even given the improvements that have been made on the exterior, the Arkansas alumnus does not want to be known solely as a “facilities guy.” He believes the on-field successes of the Clemson athletic department under his watch speak for themselves, and even though there have been some periods that were rougher than others, the positive experiences will ultimately be what defines his tenure.

Given the task at hand when he arrived, one might surmise that Phillips’ commitment to enhancement, no doubt a costly endeavor, put significant strain on the athletic department’s finances. But in fact, the opposite is true.

Under his watch, the financial balance sheet in Tiger athletics remained stable to the point that the new leadership will inherit a situation that is not only strong in facilities and manpower, but also in finances. It gives Radakovich some leeway when deciding upon the direction that is best for the department moving forward.

Phillips believes Radakovich will continue to build on the things he did at Clemson in a decade-long tenure that included a variety of triumphs that set standards never before seen at Clemson University.

These included four consecutive NCAA Tourney bids in men’s basketball, the school’s first ACC football title in 20 years, five straight Sweet 16 berths in women’s tennis, and a Final Four in men’s soccer among many other accomplishments. The retiring athletic director is excited to see the way the entire expanse of Tiger athletics appears to be experiencing growth and maturity into a collective that competes at the highest level every season.

With options galore when considering places to retire, the choice for Phillips and his wife, Tricia, was easy. They will remain in Clemson, soaking up the sun in the shadows of the aura he helped create in his time as a Tiger. He says the one-of-a-kind feel Clemson gives to its sons and daughters was evident as soon as he arrived, and he is proud to have shared in that heritage for a short while as the athletic director.

One of those positives is the bond Clemson’s people have with Tiger athletics. Thanks to Phillips, fans have something to be proud of when assessing their favorite teams, coaches, and student-athletes.

A building sets the tone. It creates the mood and is representative of an attitude that exists within itself. Phillips is not satisfied with just beautifying walls, and he can now walk off into the sunset with the knowledge that what is going on the inside that he helped put together is just as alluring as the outside on the landscape of Clemson athletics.