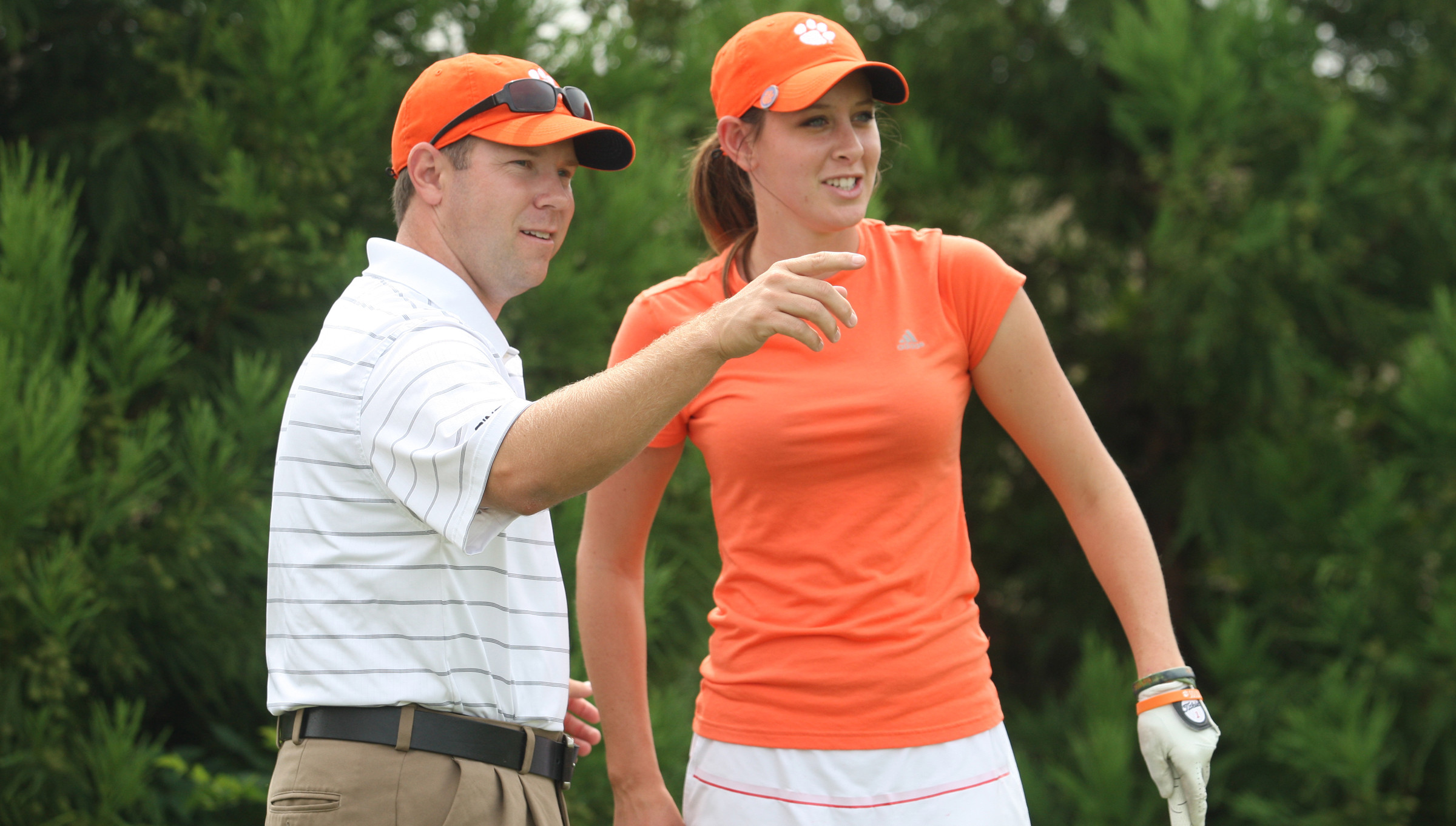 The newly-formed women’s golf program will continue a strong golf tradition at Clemson, establishing its own legacy with competition in collegiate tournaments beginning during the fall of 2013. Two women signed last year and are red-shirting in 2012-13. However, they are working diligently at the on-campus facility and local golf courses to set a firm foundation for the program.

Freshmen Lauren Salazar (Santa Clara, CA) and Taylor Ramsey (Milledgeville, GA) have been working with Head Coach J.T. Horton to establish a work-ethic and to serve as a guiding light for future Lady Tiger golfers.

Salazar won a pair of AJGA events during her high school career at Archbishop Mitty High School in San Jose, CA. In her AJGA career, she had 12 top-10 finishes, eight top-five finishes, and won two championships.

Ramsey came to Clemson from John Milledge Academy. She won the 2010 Charles Howell Junior Championship with a 213 score and also had a strong 2011 season with four top-15 finishes.

Although the team will not play in any tournaments until next fall, Salazar and Ramsey are excited about starting the program at Clemson.

“I couldn’t get this experience anywhere else,” explained Salazar. “Thirty years from now I may have kids that attend Clemson and they can look back and see what we did to get the program off to a good start and how the program has grown.”

The competitive nature of Salazar and Ramsey has been emerging under the tutelage of Horton.

“We’ve been playing with some of the same girls since we were young, and although they are currently playing in college tournaments, we will continue to train,” said Salazar. “It will be fun to see how much we’ve improved when we compete against each other again.”

The ladies will have the opportunity to compete in some major amateur tournaments this year, events that will give them some indication of their progress.

Horton has the opportunity to work individually with Salazar and Ramsey, focusing on improving every aspect of their game.

“These two young ladies are carrying forward what we expect for the program in the future,” stated Horton. “They are beginning to understand the process of improving on a day-to-day basis and finding a consistent standard for practice. During this next year, we are going to work on making their weaknesses become their strengths.”

A year of preparation will give Salazar and Ramsey every opportunity to perfect their game and be ready for competition against the best in the ACC and nationally next fall.

“There are only two of us, so we have a lot of one-on-one time with Coach Horton,” explained Ramsey. “It is really going to prepare us for playing at the college level next year.”

Getting them ready for next year is the primary goal for Horton. Because Ramsey and Salazar’s training will be a year ahead of their future teammates, they will be able to lead by example and help new teammates find the rhythm required of a college athlete.

Horton has a lot of confidence in the future of his program, and it starts with Salazar and Ramsey.

“Lauren has a great head on her shoulders and a high golf IQ,” said Horton. “I’ve seen considerable improvement with her scoring ability, and I am looking forward to seeing how much she can improve all areas of her game.

“I am really excited about the progress Taylor is making in her game,” continued Horton. “She is committed to making changes and improving her playing ability. After we are finished making small changes in her swing and technique, we expect to see a strong improvement in her confidence as well as her scoring ability on the golf course.”

In this next year of training, Salazar and Ramsey will concentrate on the development of their skill-set. With the work-ethic they have shown so far, it is apparent that the Clemson women’s golf program is on the way to setting a championship foundation.