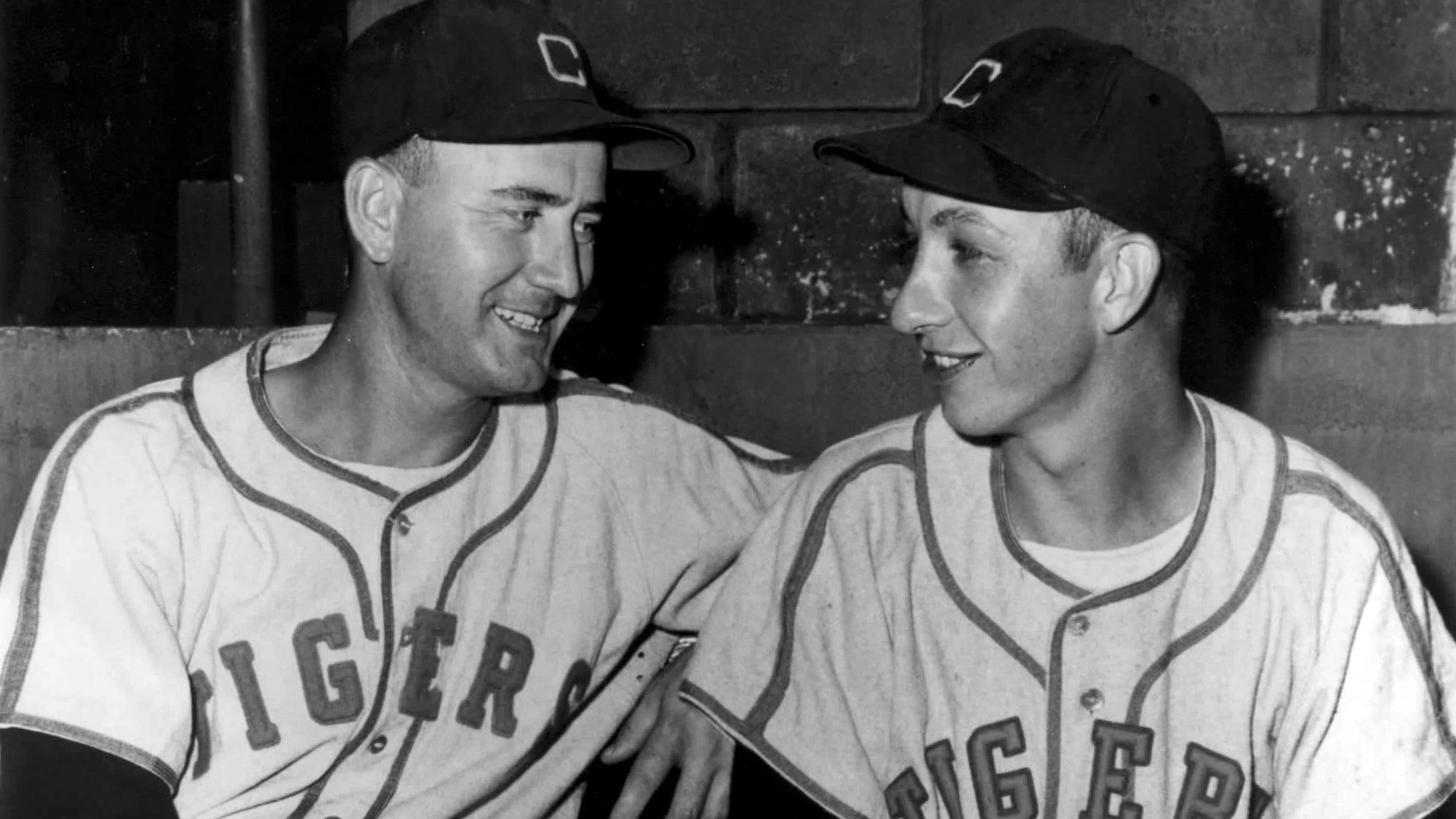 By Al AdamsAs the 1979 Clemson baseball season began, I wrote a column in The Orange & White in which I said year-in and year-out, Bill Wilhelm’s teams were the Tigers’ best program.  I said that when looking at all facets of the Tiger baseball team – on the field, in the classroom, and the character of the players.

We were in our first year of operation with the paper and this was my first column about baseball.  After I wrote it, I waited for a reaction from the legendary Tiger head coach.

It did not take long.  That weekend, we were playing a home series, and when Coach Wilhelm saw me, he came right over.  First, he thanked me for what I had written about his players.  He agreed with that part of my column.  However, he was not sure about the coaching.  I laughed and told him he knew what I had said was true…his program was Clemson’s best.

If you were to look at the baseball program under Wilhelm’s leadership, you would see a model of excellence in all phases, not only on the field, but also in the classroom.

In the spring of 1957, the North Carolina baseball team travelled to Clemson.  Frank Howard, this day with his athletic director hat on, sought out the Tar Heels’ head coach (Walter Rabb).  He told Coach Rabb that he was looking for a new head baseball coach, because the current coach (Bob Smith) was going to concentrate on football.  Rabb quickly told Howard he had a young graduate assistant who he thought would make a great head coach.

During those glorious 36 seasons, the Tigers never had a losing season.  He amassed 1,161 wins and took the Tigers on six trips to the College World Series.  He led the Tigers to 19 ACC regular-season titles, nine tournament championships, and 11 ACC titles.  All three areas are still league records and most likely will be the record for a long time.  His teams made 17 trips to the NCAA Tournament as well.

But for those who were involved with the baseball program, it was personal.  This was a man who saw his life’s work to spread the gospel of the game of baseball.  He also saw his mission to make all those around him better people, not just better baseball players.  Do not get me wrong, he wanted to win as badly as anyone.  But, he was just as interested in the players’ progress, or lack thereof, in the classroom.  He simply wanted each one to become the best person he could be.

Wilhelm grew up in rural Rowan County in North Carolina.  He was a product of the depression and his family was very poor.  That fact got worse when his father died when he was just four.

His mother worked her fingers to the bone to bring home enough money to keep the family afloat.  Wilhelm learned some tough lessons, and his childhood shaped him in many ways.

One thing he quickly learned was that he loved baseball.  He began by tossing small rocks in the air picked up from the nearby railroad tracks and hitting them with a broomstick.  He did not know it then, but baseball would be his ticket out of poverty.  But that path was certainly a different one than he would have imagined.

After his high school career, he played two years at N.C. State before signing with the Saint Louis Cardinals in 1950.  After one year of professional baseball, he went into the military, where he stayed for two years and managed to play service ball.

After the military, Wilhelm played two more seasons of professional ball, but as he told me many times, he gave that up, because he simply could not hit a curveball.

With a desire to get a college degree, Wilhelm enrolled at Catawba and earned his degree in January of 1957.  He then began his search for a master’s degree at North Carolina under the watchful eye of Rabb, a man he admired greatly.  Despite only being there for one season, he earned Rabb’s respect to the extent that Rabb recommended him to Howard for the Clemson job.

The statistics and records of the Wilhelm era are amazing.  But to fully gauge the success of the man, one must look at the state of the program and college baseball in general during

In 1957, the year before Wilhelm arrived, Clemson played only 18 games and registered just six wins, including a 3-11 ACC mark.  To put it mildly, baseball was something the football players could do in the spring while they waited on football practice to start.

Wilhelm loved the game of baseball and wanted better for Clemson.  Every day, he strived to improve the program and he was not afraid to challenge anyone who got in his way.

Wilhelm was an innovator.  He came up with idea of the ACC Tournament and brought it into existence in 1973 despite the objections of many.  He got rid of the wool uniforms and went to double-knits.  He also hated when players did not wear their socks like he believed they should, so he fashioned a pair of pants that went all the way to the shoes and eliminated the stirrups.

After he got the ACC Tournament in place, he pushed for more.  The first tournaments were in April, but the NCAA Tournament did not begin for another four or five weeks.  Wilhelm wanted the ACC to push the tournament back into May to bridge that gap.  He wanted the league teams to expand their schedules and also play strong out-of-conference competition.  All of these ideas are staples of college baseball now, but when Wilhelm came along, it was breaking new ground.

The entire budget for Wilhelm’s first team was $15,000.  Facilities were only a dream, and that first team (1958) had only one scholarship player, Harold Stowe, who became an All-America lefthander who won 14 of the team’s 22 victories that year.  Did we mention that Wilhelm took that first team, the one that had won only six games the year before, to the College World Series?

Maybe his biggest innovation involved his trainer.  When Wilhelm came to Clemson in 1957, Herman McGee was one of the assistant trainers.  Wilhelm wanted him to work with his baseball program on a full-time basis.

McGee, who became one of the most loved people to ever work in the Clemson athletic department, was an African-American.  It would be a number of years before an African-American student-athlete would wear a Clemson uniform in any sport, but McGee was a fixture with the baseball program.  As you can imagine, this was a pretty radical selection at the time, but the two worked together every season until McGee’s death in 1979.

What made Wilhelm such a great baseball man?  He certainly had an eye for talent and could mold a group of players into a great team.  But ask any of his players and the attribute you will hear mentioned first is honesty.

A great story to illustrate this point was told by one of his best players, Neil Simons, at Wilhelm’s funeral.  When Simons was a freshman, Clemson was playing at home against Virginia.  The pitcher for the Cavaliers that day was Ricky Horton, the nation’s best pitcher who would go on to a Major League career with the Cardinals.

Simons hit a home run down the right-field line, and he floated around the bases with joy.  As he rounded third base, he saw Wilhelm at home plate arguing with the umpire.  Simons did not have a clue what was happening.

Later, Simons asked Wilhelm what the argument was about.  Wilhelm said he thought his homer run was actually a foul ball and thus he was arguing with the umpire.  He told Simons that he wanted Virginia to believe they got an honest game when they came to Clemson.  He did not want us to get the reputation that we were a bunch of homers down here.  Ever hear a coach argue against one of his players hitting a home run?  Only Bill Wilhelm.

He also generally had a surprise up his sleeve, like the time Clemson was playing Duke in the old Durham Athletic Park.  I was sitting on the bench working on the lineups when he called me over.  I wondered what I had done wrong.  But to my surprise, Wilhelm took me with him as he went over to the Duke bench just so I could meet the Blue Devils’ head coach (Enos Slaughter).  Wilhelm knew I was a big Saint Louis fan and would love to meet the Cardinal Hall of Famer.

This all came full circle for me during the final years of Wilhelm’s life.  My daughter, Ashley, was a student at Clemson and she loved going to baseball games.  She had heard me talk about Coach Wilhelm so much that she went up to him one day and introduced herself.

They became great friends and she would frequently sit with him in the stands.  True to himself, he would always ask her how she was doing in her classes and if she was doing the best she could do.  When my friend, Tim Bourret, called on Christmas Eve, 2010 to say that he had passed away, Ashley and I both had a good cry.  He was a special man.

So just for a moment, think of how far baseball has come.  We see huge crowds fill our stadium.  We see regular-season games on television and the College World Series has become a shrine to college baseball.  As you experience these images, tip your cap to Wilhelm, because he had a great part in making it happen.  When he came to Clemson in 1958, he had an immediate impact.

Coach Wilhelm, we think of you often and in many ways, just like you trying to get us to eat better.  Remember, we had to stay away from the fast-food places when we were on the road so that we could have a “substantial” meal of a meat, two vegetables, tea, and desert.

We thank you for what you did for all of us.  We thank your sweet wife, Sarah Jane, and your two sons for allowing you to spend the time with the baseball team that you did.  We did not appreciate it while you were molding us, but we do now.

By the way, we know how you hated to get any accolades.  You always wanted the credit to go to the players, so you never allowed any of these honors while you were alive.

You had to know that after you were gone, we would put you in every Hall of Fame we could.  You were certainly deserving.

So today, you are getting the highest praise Clemson has…the Ring of Honor.  We just wish you were here to celebrate with us.