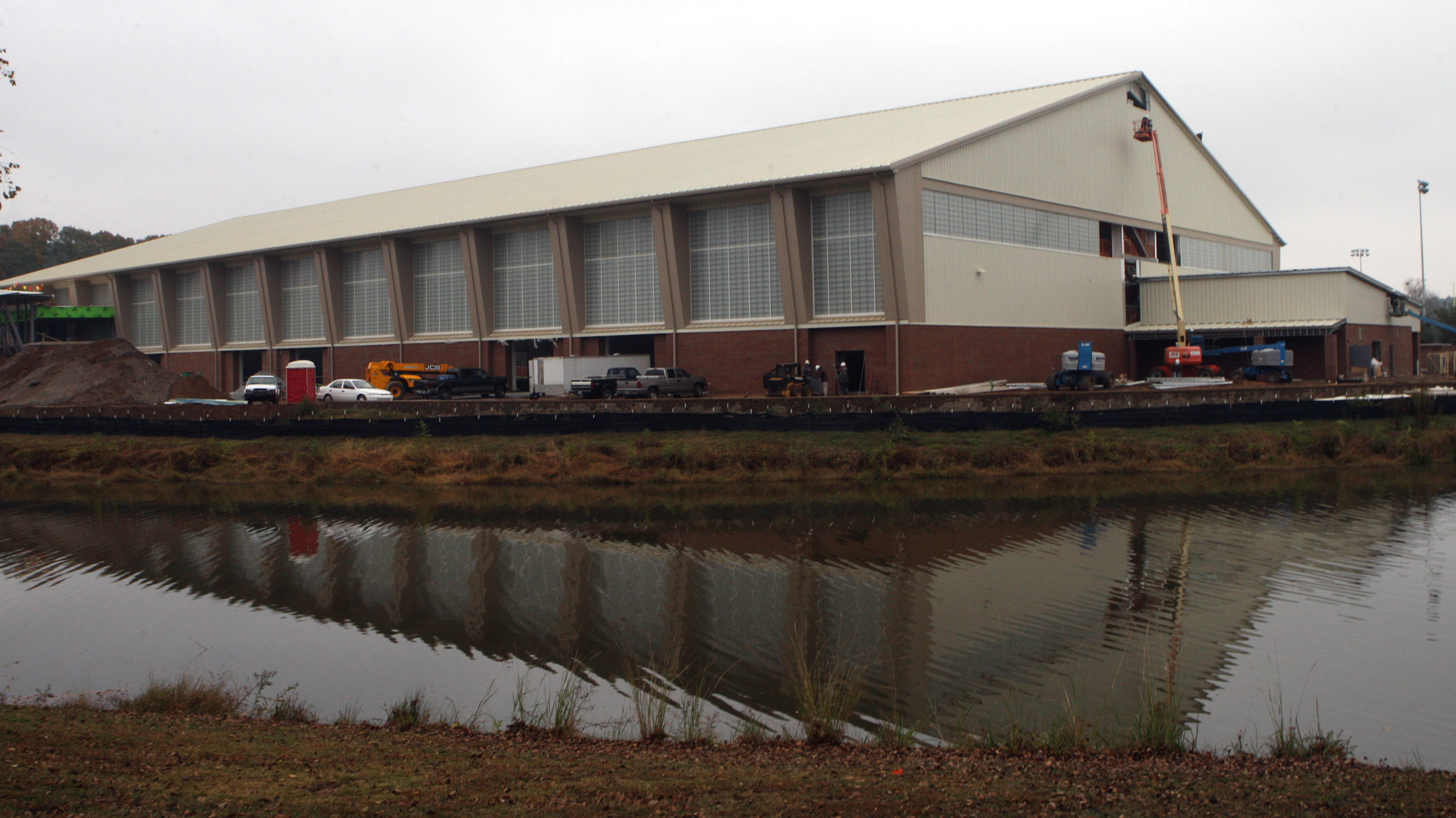 When fans envision an indoor practice facility like the one that is currently being completed for the Clemson football team, certain stereotypes come to mind. Common perceptions are largely simplistic in nature, and the idea that a facility that is solely for game preparation, out of the gaze of onlookers, carries a large amount of importance seems crazy.

But the facility was never about football alone. In fact, as the $10 million structure sees its construction enter the latter phases, its design will serve to unify the athletic department, while providing Tiger football with a cutting-edge structure that helps complete a nationally-relevant program.

On its face, the facility does exactly what it purports to do…provide a place for Head Coach Dabo Swinney to take his football team in case of inclement weather without disrupting a schedule of events that is packed full on a daily basis. It equips the Tigers with a lavish place to prepare for opponents in a game-like atmosphere, as early as December, when the team will be getting ready for a bowl game.

“This will make a huge impact,” explained Swinney. “We will never miss a day again. This will be great for our offseason program and our recruiting. It’s another step toward being and providing the absolute best for our players.”

The building houses an 80,000-square-foot practice area that includes a full football field. The field is surrounded by ample sideline space to provide a comfortable environment. In order to simulate a gameday experience, there is a fully-functional, game-ready scoreboard inside the facility along with four play-clocks and a videoboard equal to the size of the new videoboards in the Northwest and Southwest corners of Memorial Stadium that will rest above the west endzone.

High above the fields, on the second story of the nearly 70′ structure, is a long coaches platform so that practice can be viewed from above. In addition, by way of a short corridor, the platform extends to the back side of the building, so that any drills taking place outside on the other two practice fields can be properly seen from inside the building.

The facility has some amenities that make it an attractive piece of the Tiger football program’s recruiting strategy. Visitors are greeted by a formal entry to the building that includes a guest area. This portion of the facility will be used to entertain recruits, their families, and any visitors. There is also an overlook onto the indoor practice field above the guest area on the second floor.

According to Robert Ricketts, associate athletic director for facilities & grounds, the aspects of the new indoor practice structure that seem like extra add-ons are actually essential to constructing a complex that is competitive with Clemson’s peer institutions and football programs.

“We have some bells and whistles in this particular venue that should put us ahead of the curve initially,” said Ricketts. “I’m sure others will see what we’ve done and try to do similar things in the future.”

Ricketts commented that one of the goals of facility upgrades is to supplement existing structures and provide a sense of unity across the different sports in the athletic department, as well as the variety of wings across the university. He said the surroundings of the football practice area were heavily weighed into discussions, related to the layout and dimensions of the indoor facility.

“If you look in our immediate area, we have an extremely large building…the indoor track,” said Ricketts. “It was important not that we mirror (the indoor track), but that they had some similarities in design.”

Unity and efficiency were both driving forces behind some of the usages of additional space within the new indoor football practice facility. Since the men’s and women’s soccer teams practice on fields adjacent to the football team, there are several rooms within the building that will be available to other athletic teams to use.

The indoor facility, which includes more than 5,000 square feet of support, will contain a small strength & conditioning area and a training room. The plan is for men’s and women’s soccer to use these spaces, along with the football team. In addition, planners included space for both Tiger soccer programs to store equipment alongside football. This will give this segment of the Clemson athletic complex a centralized location for equipment and training.

“From a student-athlete-safety standpoint, having a training room right next to the practice fields in a contact sport is a positive move,” said Ricketts. “Also, having some facilities that will serve the men’s and women’s soccer programs is a real boost.”

Today, the facility is almost complete. In fact, many of the finishing touches will come after the conclusion of today’s game, when the threat of football parking and consistent foot traffic subsides. Among these yet-to-be-completed items are plans to add a walkway leading up to the front of the building, one of the final pieces to a puzzle that has been in the university’s plans for several years.

“There will be some items that we’ll deal with considerably after the season, like landscaping,” said Ricketts. “We want to make sure we have all the traffic out of here before we put the finishing touches on the pathway to the building.”

Much like the massive videoboard and the training table, the indoor practice facility has become key in the arms race of major college football. Ricketts said there is now somewhat of a checklist of things a program needs to fulfill its maximum potential, and an indoor facility is squarely on the list.

The idea that upgrades for men’s and women’s soccer and men’s and women’s track & field accompanied this particular enhancement made a project that seems too simple to the average fan into a complex structure capable of assisting in the day-to-day operations of several of Clemson’s athletic programs.

As far as the football program is concerned, the Tigers have performed at a high level this season. The effort and achievement of the 2012 team embody the look of the program to outsiders, as facility upgrades centered in the WestZone and continued through the indoor practice facility give the program a first-class façade to present to fans, alumni, and prospective Tigers.

As construction closes on the new practice facility, a new wave of opportunity has opened to display the pride and passion of Clemson football to the world in a unique way that those associated with the program can be proud to call their own.