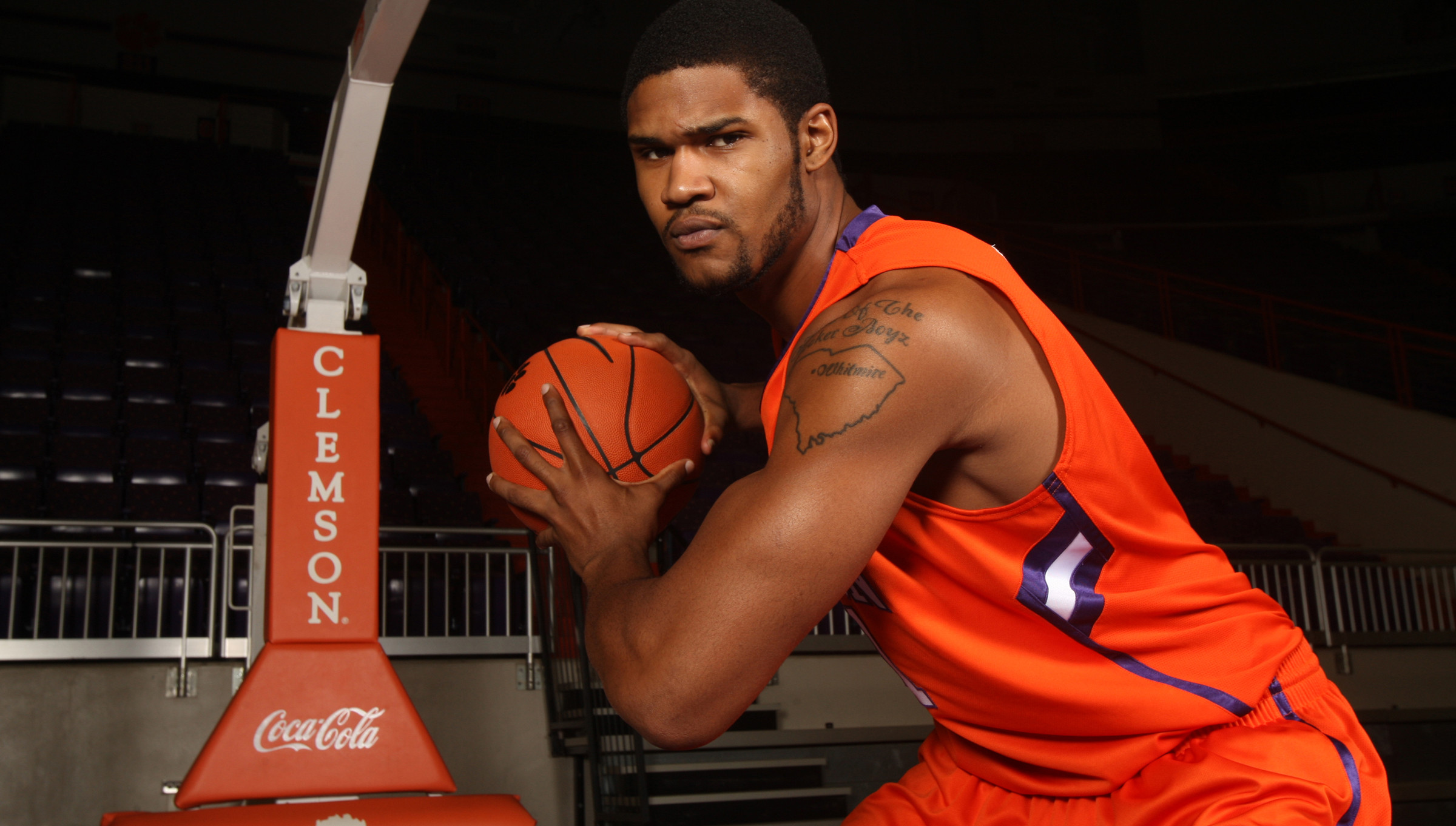 Devin Booker has heard the constant comparisons his entire life. Rather than view it as pressure, the senior forward/center has opted to look at it from a different perspective.

“I just try to play my game,” said Booker when asked about playing in the shadow of his older brother, 2009-10 Tiger senior and current Washington Wizard forward Trevor Booker.  “He did what he had to do while he was here, and I’ll do the same thing to try and make our team better.”

Booker will be looked upon in many areas to make the Tigers better in 2012-13. Clemson will open the season against Presbyterian College on Monday with 12 first and second-year players on its roster, the most in program history since freshmen were first eligible in 1972-73.

The 6’8″ product of Union High School, who grew up in rural Whitmire, SC, certainly possesses the necessary tools to get the job done. At 250 pounds, he is a superior blend of size, strength, and athleticism.

Heading into his final season with the Tigers, the younger Booker has been asked to elevate his play and set an example of four-year player development under the guidance of Head Coach Brad Brownell and his staff.

“Devin is athletically gifted,” said Brownell. “He is stronger, but he’s always had the physical tools to play at this level. His skill level has improved during his time with us, and that’s an area in which he’s had to work a little harder. He’s in a good place heading into his senior season.”

Booker entered the 2012-13 campaign as Clemson’s returning leader in points, rebounds, assists, blocked shots, and steals. Each of the last two seasons under Brownell’s staff, he has increased his scoring and rebounding average. Last season, he averaged career highs of 10.5 points and 7.0 rebounds per game, leading the team in the latter statistic.

He had plenty of individual highlights along the way. He had five double-doubles as a junior, including four during the ACC regular season. He scored 22 points against East Tennessee State and 16 points against three other teams. He scored all 10 of his points in a breakout second-half performance against First-Team All-ACC power forward Mike Scott in a win over a ranked Virginia squad.

Brownell’s plea to Booker has been to consistently produce more big games like the aforementioned ones. Booker has accepted the challenge.

“I have worked on my all-around game,” he said. “I got a lot of shots up this summer, especially one and two-dribble pull-ups. I tried to hone different aspects of my game to become a more complete player.”

Along with fellow senior Milton Jennings, Booker gives the Tigers a veteran presence in the post, a coveted asset with a team full of young players. He has played 97 games and logged over 2,100 minutes. He needs just 252 points as a senior to reach 1,000 for his career.

“The ability of those two to play consistently well is going to be a part of not only their success as individuals, but also our team,” added Brownell.

Booker has been pushed in practice by two freshmen in particular, Landry Nnoko and Josh Smith. Brownell has raved about the energy that both post-players provide in practice on a daily basis, energy that has in turn made Booker a better player.

“I like both of them,” said Booker. “Landry can be an intimidating presence because of his length. Josh is powerful, and he uses that to his advantage.”

Booker should be the one with an advantage over many of his counterparts this winter. If the Tigers’ new starting backcourt blends quickly with the experienced starting frontcourt, Clemson may have something to say about its preseason eighth-place ACC prediction. It would not surprise Booker in the least.

“The guys on this team are extremely competitive,” stated Booker. “They work hard every day and get after it. If we do well this year, I won’t be surprised.”

If Booker’s individual game shines this year, he also would not be surprised. Clemson fans should not be, either. After all, he has proven over four years that he is his own man.