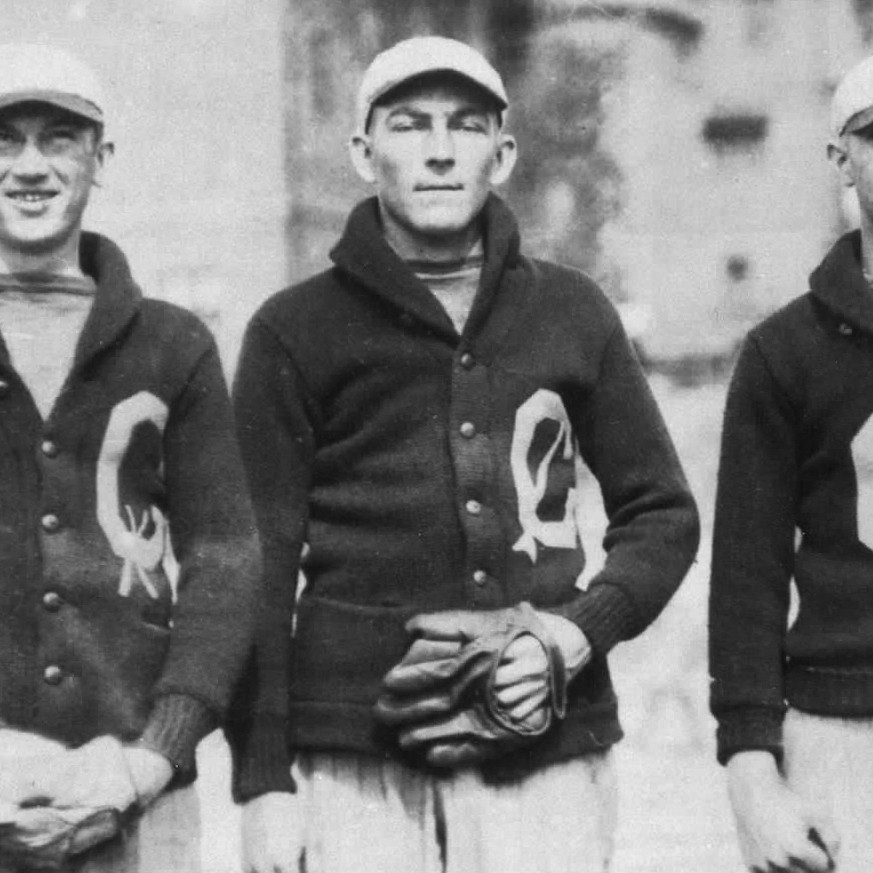 One of the early stars of Clemson baseball was Flint Rhem from Rhems, S.C., in Georgetown County. He was a story of a young man from a rural town in South Carolina who made it big in Major League Baseball.

Rhem was born Jan. 24, 1901. He was named after New York shipbuilder Charles Flint, who was a lifelong friend of his father.

Rhem studied engineering at Clemson from 1921-24. According to The Cardinals Encyclopedia, Rhem had been playing baseball since he was nine years old, and he did not intend to play in college. He said later that his father disapproved of the sport.

“I’d have to sneak off and play baseball when I was a kid,” Rhem once said in an interview.

Someone brought Rhem to the attention of the Clemson coach, however, and he played for the Tigers from 1922-24, averaging 15 strikeouts per game. His nickname while at Clemson was “Big Smoky.”

In one newspaper article, Rhem is called “the leading college pitcher of South Carolina and is a wonderful strikeout pitcher, probably the leader of the South in this respect.”

Rhem, who left Clemson after his junior year to sign with the Cardinals, had a very impressive junior season that caught the eye of famous baseball scout Branch Rickey. Rickey is credited with the start of the “farm system” by having minor league clubs filter in players to the major leagues. He also was the scout who signed Jackie Robinson. In 1924, Rhem had a 7-2-1 record and nine complete games.

Rhem had a total of 136 strikeouts for a 15.1 per-game average, and also had two one-hit games that season, as he gave up only 40 hits all year, or 4.4 hits per game. In a contest against Furman on April 30, 1923, Rhem had 21 strikeouts and gave up only five hits in 13 innings with the game ending in a 3-3 tie. He gave up only six runs the entire year and had an 0.57 ERA with four shutouts. His ERA and strikeouts-per-game average remain as school records.

Rhem was the Cardinals’ opening day pitcher on four occasions and once for the Philadelphia Phillies. He is 25th in the Cardinals’ recordbook in wins, 22nd in starts and 26th in innings pitched.

He once pitched a no-hitter (in 1924, one year before his rookie season in the majors) while playing for the Fort Smith (Ark.) minor league team. He struck out 16 batters in the game and made it in “Ripley’s Believe It or Not” by not allowing a ball to be hit out of the infield.

On April 10, 1930, Flint married schoolteacher Lula Dillard, a graduate of nearby Anderson, and they had one son, Sonny, who is still very active in IPTAY. Flint Rhem died July 30, 1969 at the age of 68.

Rhem will be honored with the state’s highest athletic honor by being inducted into the South Carolina Athletic Hall of Fame on May 16 in ceremonies in Columbia, S.C.