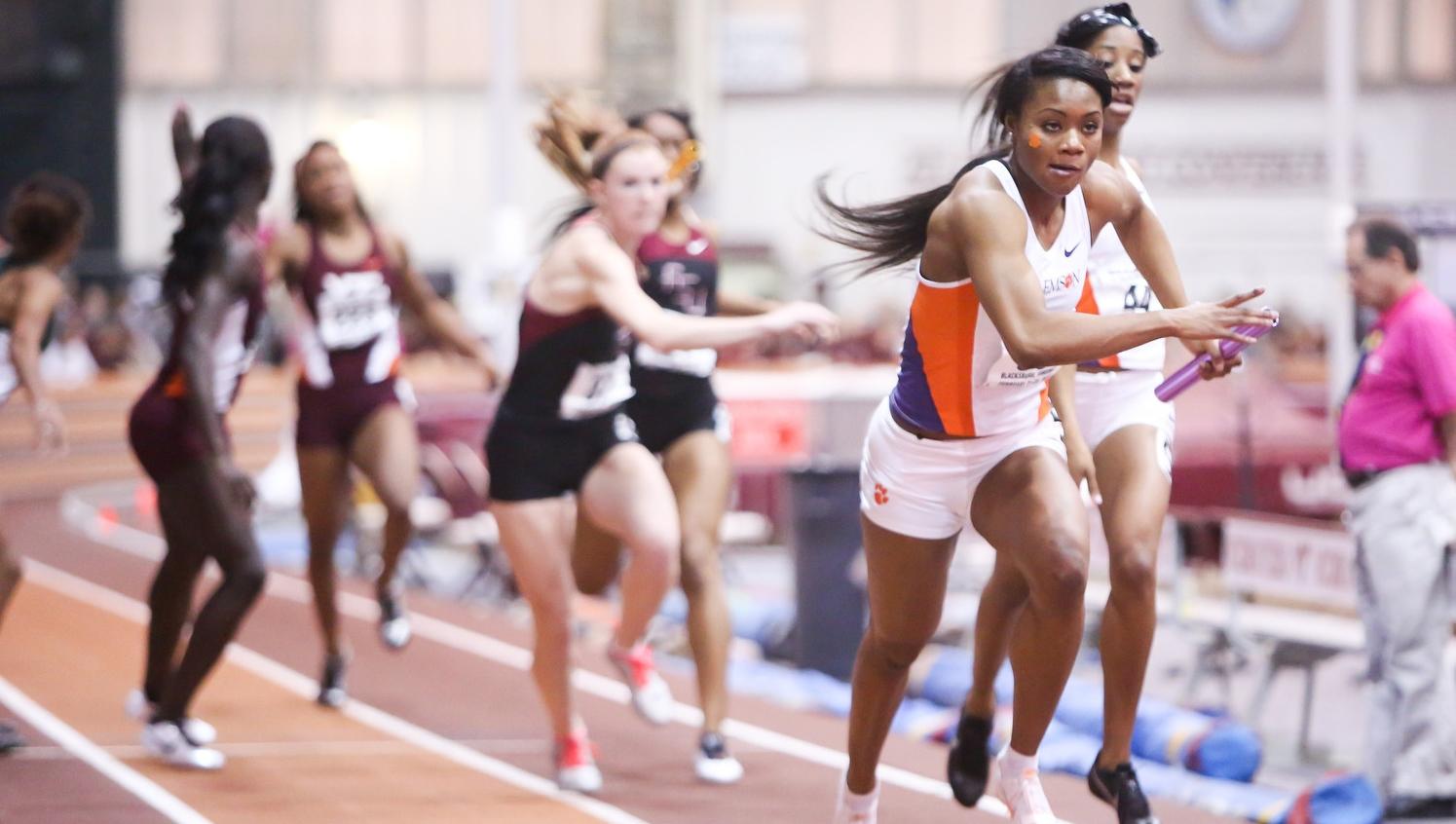 CLEMSON, SC – Clemson track & field will send just five student-athletes to South Bend, IN for this weekend’s Alex Wilson Invitational at the University of Notre Dame. The meet will serve as a last chance for competitors attempting to qualify for the NCAA Indoor Championships, held next week in Fayetteville, AR.Brunson Miller will be the lone representative for the Clemson men’s program, ranked 17th in the latest USTFCCCA poll released earlier this week. The Tiger men are coming off a third-place finish at the ACC Indoor Championships, their best finish in five seasons. Miller was instrumental in that development. He won the 400-meter dash, earning Clemson’s first title in that event at the league indoor meet since 2003. He then anchored the 4×400-meter relay to victory to close out the meet.Miller will run the open 400 on Saturday at 12:35 PM. He produced a personal best time of 46.49 last week in Blacksburg – No. 3 in Clemson history. He is currently 14th on the Track & Field Results Reporting System (TFFRS.org) Web site. The top 16 individuals who declare will be accepted into the NCAA Championships meet next week.Marlena Wesh will also compete in the 400 dash, starting just before Miller at 12:20 PM on Saturday. Wesh, three-time ACC indoor gold medalist, looks to improve her time of 52.84 – which is also 14th on the TFRRS performance list. Wesh will then lead the women’s 4×4 into battle at 3:20 PM. She will team with Keni Harrison, Nnenya Hailey and Nia Fluker – the same group that won the school’s fourth straight indoor ACC title last week in Blacksburg. The Tiger women are currently 12th on the TFRRS performance list nationally. The top 12 relays that declare will be accepted into the national meet.