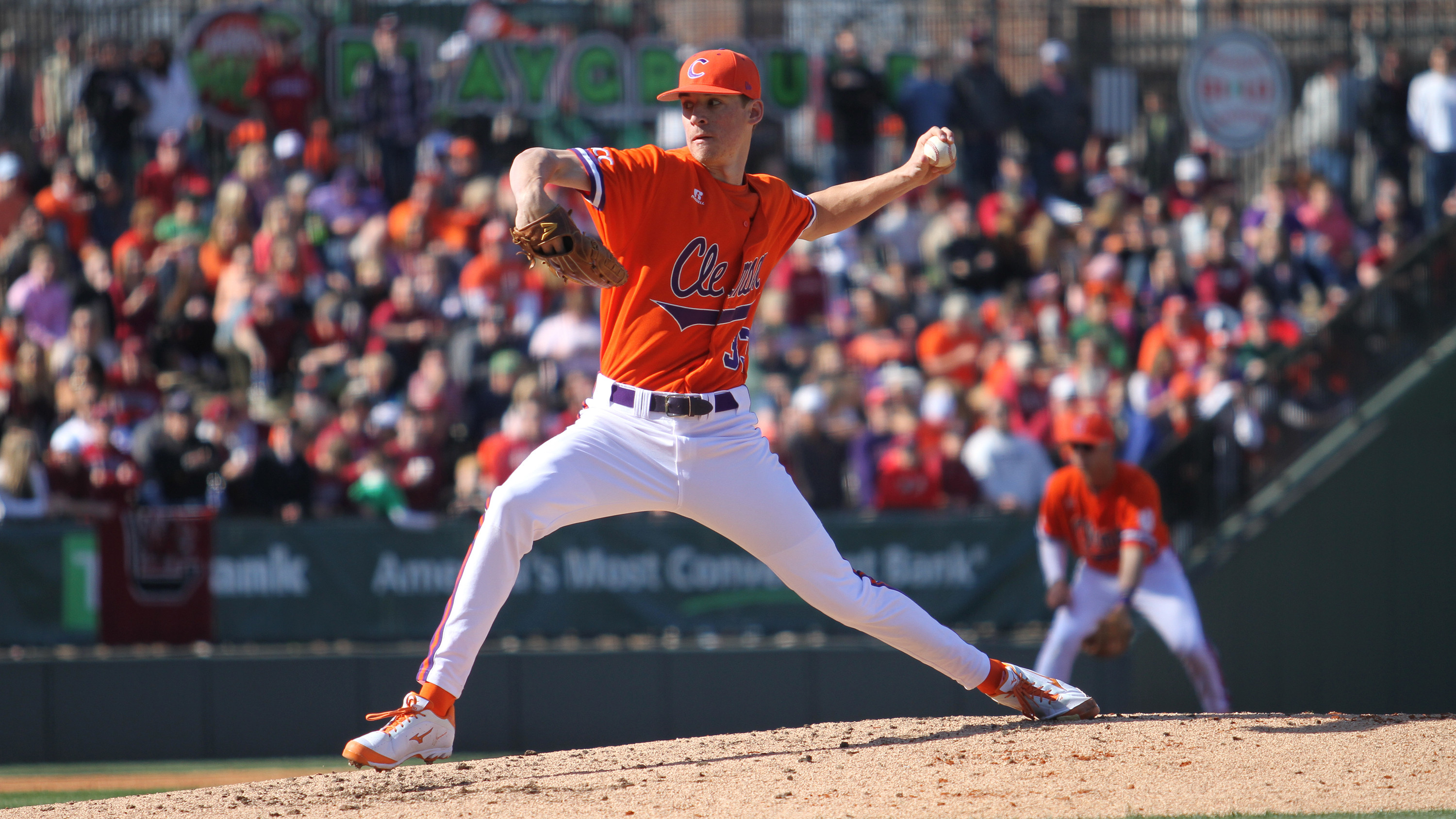 The #3 South Carolina Gamecocks scored five runs in the third inning and added five insurance runs in the ninth inning to defeat #11 Clemson 10-2 in front of a stadium-record 7,182 fans at Fluor Field on Saturday afternoon. The Gamecocks, who took a 2-0 series lead, improved to 9-0 on the season, while the Tigers dropped to 6-3.

A costly Tiger error allowed leadoff batter Elliott Caldwell to reach in the third inning, then the Gamecocks scored five runs, four of which were unearned, in the frame. Clemson responded with single runs in the fourth and fifth innings, but were unable to cut further into South Carolina’s lead. Steven Duggar (18) and Tyler Krieger (10) still managed to extend their hitting streaks.

Starter Jack Wynkoop (3-0) earned the win despite allowing nine hits. He gave up just two runs and one walk, while Joel Seddon recorded his third save of the year in 3.0 innings pitched. Starter Matthew Crownover (2-1) suffered the loss.

The two teams conclude the weekend series at Doug Kingsmore Stadium in Clemson on Sunday at 4:00 PM. It is also Social Sunday, as fans who show their voucher at @ClemsonBaseball on Twitter or Instagram can buy $2 seasoned fries.