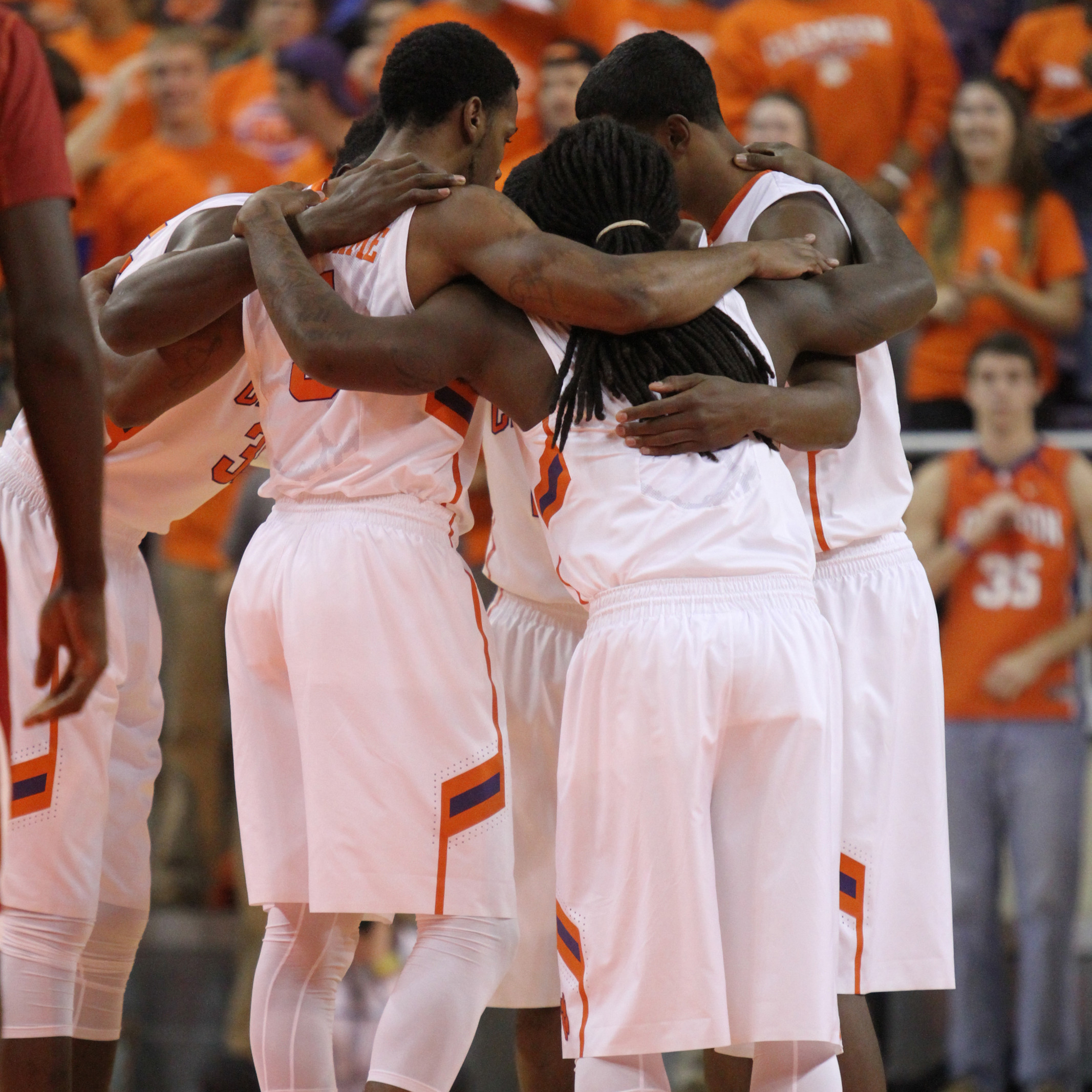 As we close the book officially on 2014 and turn the page to a new calendar year, let’s take a moment to reflect on the biggest moments from Clemson men’s basketball of the past 365 days.

Without a doubt, the biggest team accomplishment of 2014 was advancing to the postseason after suffering a 13-18 record the previous campaign. The Tigers made a late push and just missed an NCAA Tournament berth, coming up short in overtime against Pittsburgh and falling by a point in the ACC Tournament quarterfinals versus Duke, both games that would have strengthened Clemson’s résumé.

But Clemson didn’t dwell on it. Instead, the Tigers came together with the help of a few thousand of their closest friends. After a win over Georgia State in the opening round of the NIT, surely Clemson wouldn’t sell out an 11 a.m. Sunday game against Illinois in the second round, right? Wrong! A capacity crowd watched as Rod Hall converted the game-winning layup in the final 10 seconds to propel the Tigers to a third consecutive home game, this time against Belmont. Again a sellout crowd was on hand, and again Clemson won in thrilling fashion. The win over Belmont sent Clemson to the semifinals in New York City, the culmination of a long season that began in August 2013 with a foreign tour of Italy.

Sure, we all thought K.J. McDaniels would take a significant step forward as a player his junior season. But this? I’m not sure anyone foresaw the type of campaign he was able to put together, averaging over 17 points per game and leading the ACC at nearly three blocks per game to earn the conference’s Defensive Player of the Year honor.

McDaniels was a human highlight reel nearly each and every time he hit the court (need proof?), a trend that has continued today as a member of the Philadelphia 76ers. He was drafted by the organization 32nd overall (fitting for #Flight32) and signed an unconventional one-year deal. So far, so good. McDaniels is indeed a viable contender for NBA Rookie of the Year honors after the first two months of the season.

Following a 10-win improvement from the previous season and only the fourth 10-win ACC season in school history, Brad Brownell signed a new six-year deal in the spring that will keep him at Clemson through at least 2020. He is the first coach to take the Tigers to at least nine ACC wins in two of his first four seasons. He has coached Clemson to 32 ACC regular season wins in his first four seasons, more than any other coach.

Without a doubt, the banner win of 2014 was the 72-59 triumph over No. 16 Duke on Jan. 11. Two days after the Tigers lost 56-41 at home to Florida State, who thought Clemson stood a chance again the ACC perennial power? Brad Brownell did, and he instilled that confidence in his players that memorable Saturday in front of a packed house.

No player showed more confidence than McDaniels, who sparked the Tigers with a crucial three-pointer just before halftime that helped Clemson erase a 10-point deficit. He produced monster numbers, with 24 points, 10 rebounds and four blocks. Jaron Blossomgame and Landry Nnoko also produced double-doubles, and the Tigers took down the Blue Devils in resounding fashion.

We’ve seen comebacks, but six down with a minute to go? It looked bleak for the Tigers, but when the fullcourt pressure was implemented following a Rod Hall basket, things took a turn on Dec. 7 against a top-20 Arkansas team making its first appearance in Littlejohn. Hall stole the ball on the ensuing possession and converted a layup to pull Clemson within two heading into the final 30 seconds. Another steal off the pressure followed, and Damarcus Harrison perfectly lobbed a pass to Jaron Blossomgame over the top of a defender and his layup bounded in off the glass to knot the score with 7.9 seconds remaining. Still can’t believe it? See for yourself.

Clemson stopped the Razorbacks again on defense and forced overtime, where Hall set a tone with a straight-away three. The Tigers never looked back, and claimed a 68-65 victory over the Hogs for the second top-30 RPI win of the season for Brownell’s team.