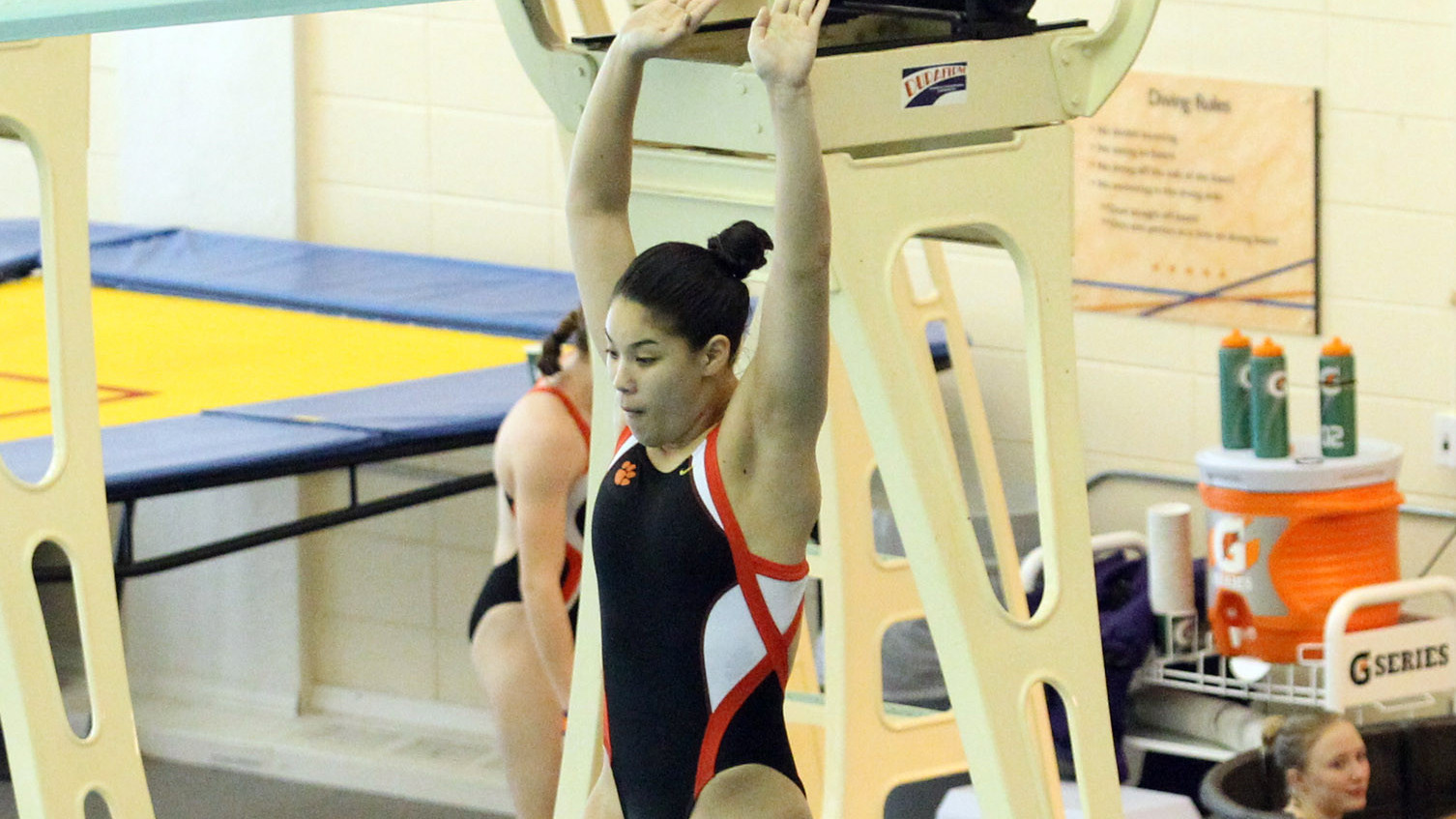 Senior Emily Howard (Psychology), junior Chelsea Uranaka (Psychology), sophomores Juliana Melchionda (Nursing) and Jessica Resler (Sociology) and freshman Sarah Braun (Elementary Education) all earned the award. Howard, who was named to the All-ACC Academic Swimming & Diving team earlier this year, received the award for the second time in her career, while it was the first career accolade for the other four Tigers.

About the Award:The Honorable Mention Scholar All-America Award is presented to college and university swimmers and divers who have achieved a grade point average of 3.5 or higher for the semester, or cumulative average, and have achieved a “B” time standard but did not qualify or compete in their respective national championship. Divers qualify by competing at their respective championship qualifying meets, zones or NCAA preliminary rounds.