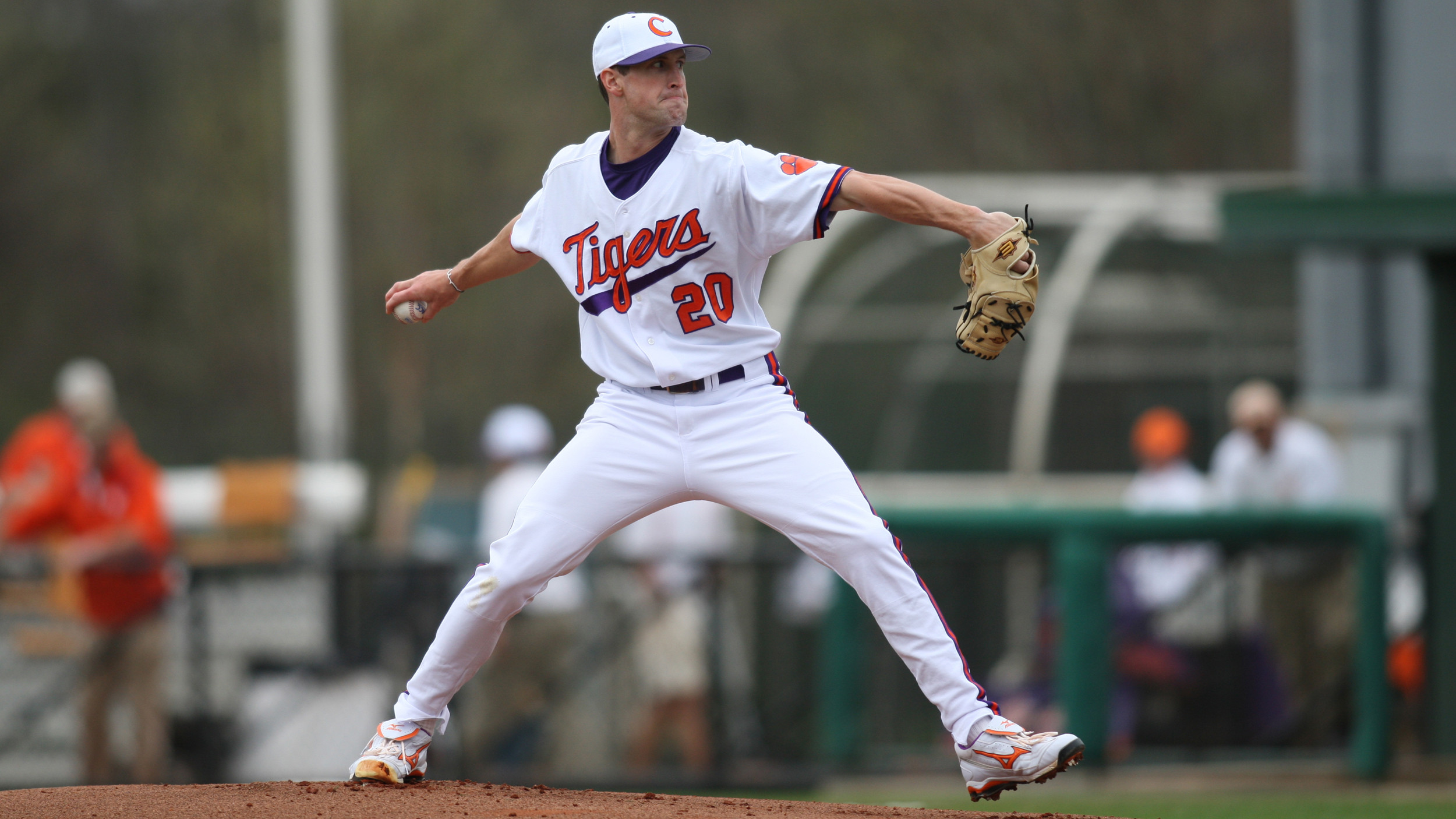 Senior righthander Scott Firth (Buffalo Grove, IL) was one of 75 players named to the NCBWA Stopper-of-the-Year Watch List on Friday. The award is given to the top relief pitcher in the nation. The ninth-annual winner will be announced in Omaha, NE on June 15.

As Clemson’s best pitcher in 2012, he was 4-0 with a team-high three saves and a team-best 2.09 ERA in 51.2 innings pitched over 24 relief appearances. His 2.09 ERA was the best by a Tiger (given a minimum of 40 innings pitched) since 1998, while he also had a .229 opponents’ batting average. After the season, Firth, an All-ACC Academic team member, was drafted in the 32nd round by the Philadelphia Phillies, but opted to return to Clemson for his senior season.

Firth, who is one of four team co-captains for the 2013 season, joins John Gorman (Boston College), Clark Labitan (Virginia Tech), and A.J. Salcines (Miami (FL)) as watch list members from the ACC.