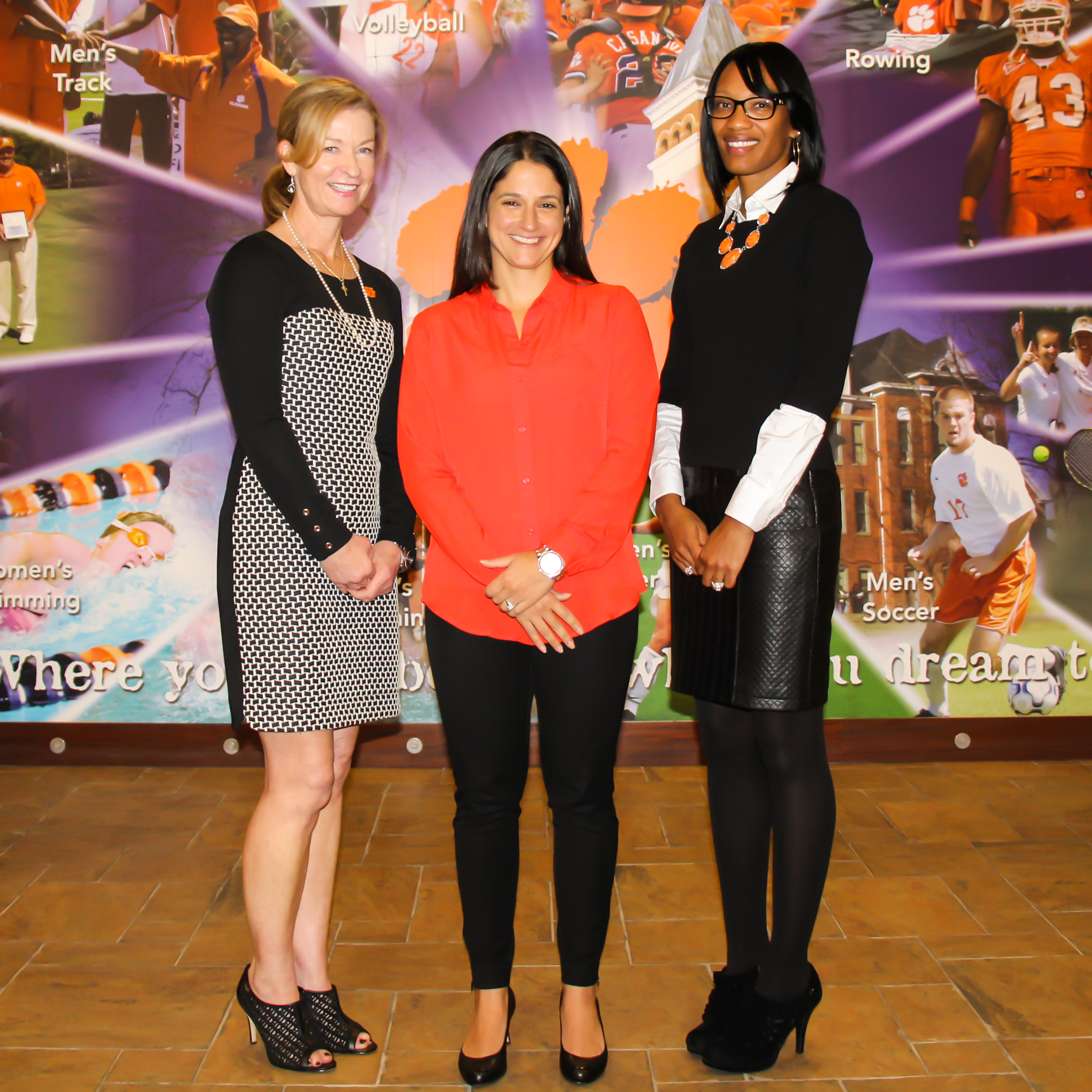 Following the passing of Title IX in 1972 and the merger of the NCAA and the Association for Intercollegiate Athletics for Women (AIAW) in 1981, the position of Senior Woman Administrator (first named Primary Woman Administrator prior to a change in 1989) was established across NCAA schools to ensure at least one female was involved in high-level strategies of athletic departments.

Today, the designation of Senior Woman Administrator is officially “intended to encourage and promote the involvement of female administrators in meaningful ways in the decision-making process in intercollegiate athletics,” says the NCAA.

“It’s vital for us to have different opinions, different backgrounds and different perspectives on our senior staff,” said Dan Radakovich, Director of Athletics. “Each of our female administrators has responsibilities with both men’s and women’s sports. They’re administrators for the entire athletic department, and hopefully at the same time, influential role models for the 231 female student-athletes on our campus.”

The three female leaders recently sat down for a discussion about their roles at Clemson, women in college athletics and how their careers have been shaped. An excerpt of that discussion is below.

Why did you pursue a career in college athletics and how did you first start your career?

Stephanie Ellison: Being from this area, of course, that’s what you see. As a child, every Saturday you came to a Clemson football game – because that’s what you do. In high school, I played sports, mainly basketball. I always wanted to do something within athletics, but I wasn’t sure what that was. I thought I wanted to be a trainer. I wanted to be the first female trainer in the NFL. But then physics and human anatomy and those classes! So that changed my mind! (Laughter.) Honestly, I got into this side of athletics not knowing that this is something that was even a possibility. But I had an opportunity as a student here to get in and see what the other side of athletics was. I started out in athletics stuffing envelopes for Tommy West as a student worker in football. That’s how I got my start and still wasn’t sure what I really wanted to do. I had thoughts about becoming an agent, but I had an opportunity to be a graduate student in Becky Bowman’s compliance office, and that’s how I got started. To be able as a student to get to see what really goes on behind the scenes was the first step.

Natalie Honnen: Growing up, I always loved sports. Everything that my life consisted of, athletics was a big part of it. I didn’t realize there was a profession in college athletics. It didn’t even dawn on me that people do this for a living. After meeting people at the University of Florida, I started volunteering and I said, “Wow, this is a career. This is something I can do.” And I loved it. I was excited about it and it was always about not only the athletic experience, but also the education part as well. That’s why I think I stayed in college athletics, because it’s the combination of both.

Dr. Loreto Jackson: I came from such a different route. I had no idea, coming from a different country, about this athletic world. The model didn’t exist there, so I didn’t know any athletic administrators. Coming from Northern Ireland, there was a performance model, where the focus was on wellness and performance. So when I came here, I really began working from a disease model and I got a bit burnt out with adults who weren’t complying with what you told them to do to take care of themselves. So eventually, I fell into it working with young people and athletes and figuring out the health and wellness of sport. And for the most part, the student-athletes are really interested in it, and I can see them grow and perform while supporting them along the way. But it wasn’t a route I had planned. After having all of the experience in the health and wellness field and finding the population that I’m excited about, I’m loving this role and it continues to grow.

What advice would you give to a young female wanting to get into athletics?

Dr. Loreto Jackson: Go through every door that’s open to you.

Natalie Honnen: Run through them. It doesn’t matter what the role is. Stephanie talked about stuffing envelopes. My first volunteer experience was checking the garbage cans at a donor event and making sure none of them overfilled. If you work hard and do things the right way, people notice. So take advantage of those opportunities.

Stephanie Ellison: I’d second that. If you have a desire to be in an athletic profession, take any opportunity that comes your way. At the end of the day, it’s about getting in the door. Like Natalie said, once you’re in, work hard regardless of what that job is because you never know who’s watching. We all know in the athletic world that people move around. And when somebody moves and remembers a hard worker, the exact qualifications might not matter. Being a hard worker does.