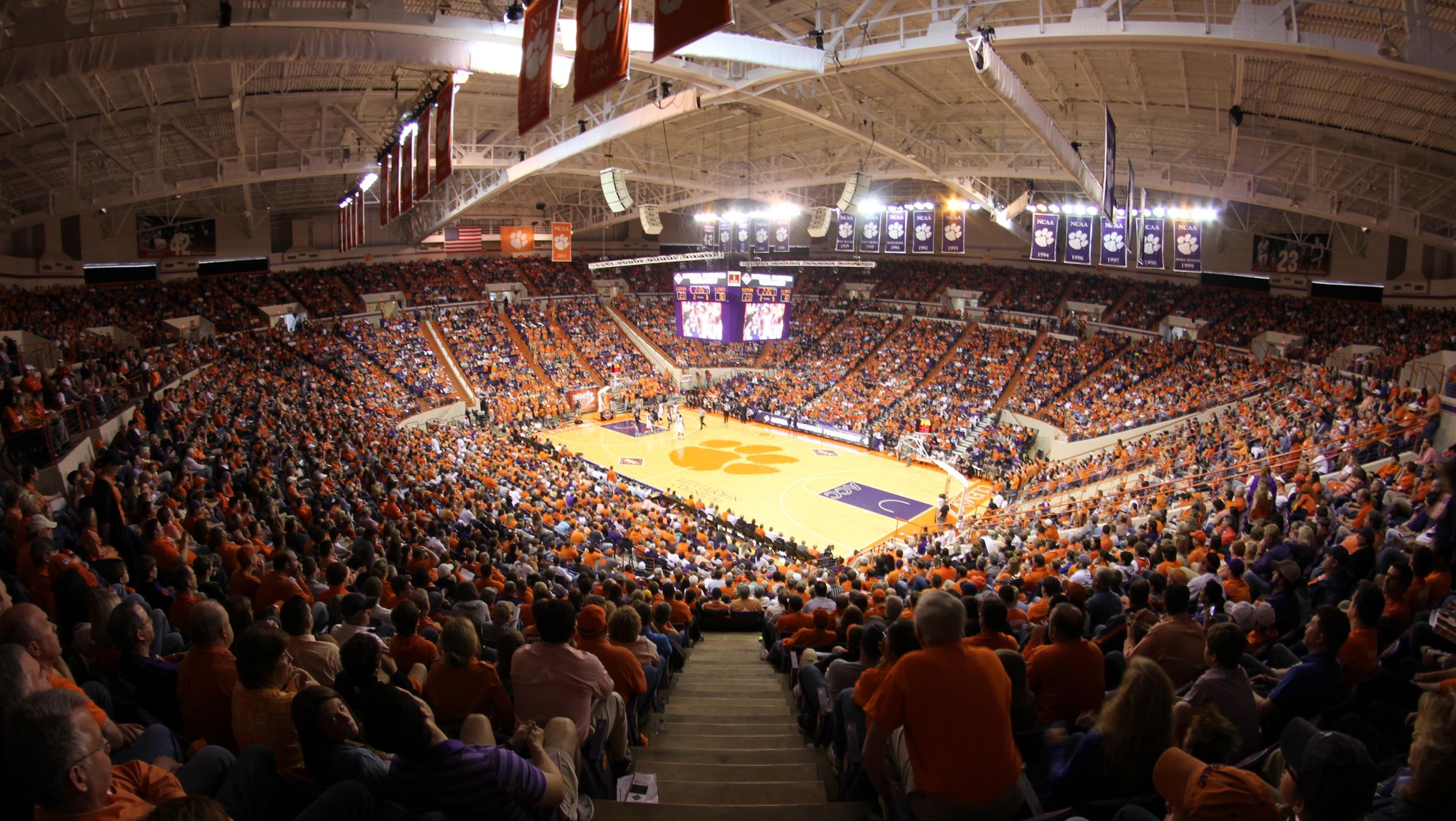 CLEMSON, S.C. – When Brad Brownell pulled up to Littlejohn Coliseum at 9:30 on Sunday morning, he had goose bumps on his neck when saw a line of fans out to the street waiting to get in for his Clemson team’s NIT game against Illinois.

By the time it was over, the Tigers had repaid their fans with some goose bumps of their own.

In front of a capacity crowd of 10,000, Clemson overcame a second-half rally by the Illini that gave them their first lead with 2:05 left, and Rod Hall‘s driving layup with 9.3 seconds remaining lifted the Tigers into the third round of the tournament.

“I had goose bumps because I was excited to see that kind of support for our program,” Brownell said when it was over. “It means a lot. I told our players before the game I thought it was a great way for our fans to thank us for what we’ve been doing down the stretch. I think they appreciate how hard our team has played and how much we’ve improved.”

The Tigers (22-12) had played several such dramatic games down the stretch of the season and come up on the losing end – an overtime loss to Pitt to end the regular season and a last-second loss to Duke in the ACC Tournament.

On Sunday, it seemed Clemson learned from both of those performances.

Illinois opened the game 1-for-17 from three-point range, but John Ekey made two in a row – the latter fading away with a defender in his face – to give his team its first lead with 2:05 left.

The Tigers still trailed by one when they took possession with 16 seconds left, but Hall pushed the ball up court, went straight to the bucket and laid in a shot off the backboard to put his team on top 50-49 with 9.3 seconds remaining.

After Hall was unable to convert a last-second drive in the controversial defeat to Duke, he admitted he was even more determined to do it this time.

“Even though the call didn’t go the way I wanted it in that game, I just put it out of my mind and focused on what I was doing,” he said. “We got a stop. (Landry) Nnoko got a big rebound, and he gave me a good outlet. I just tried to get to my right hand, and I did and made the layup.”

The Illini only managed a desperation heave from three, and Clemson was able to run out the clock on the ensuing inbounds play.

It didn’t come without further drama, however, as they had to inbound the ball from under their own basket with less than two seconds left and – unlike a similar play in the loss to Pitt – this time the pass went the length of the court to Nnoko.

Nnoko was corralled by an Illini defender and unable to get a touch of the ball to start the clock, but Hall sprinted down court to make a leaping save as the ball was going out of bounds and allow the final seconds to tick away.

“The dude had Nnoko in a headlock down there,” Hall joked. “So I just had to get my hand on the ball and get the clock going.”

With the victory, Clemson advances to host Belmont in the third round of the NIT at 7 p.m. Tuesday, with the winner advancing to the semifinals of the event in Madison Square Garden on April 1.

“It would be great for us because of all the hard work we’ve put in since the Italy trip,” said K.J. McDaniels, who led the Tigers with 12 points Sunday. “It just shows how much hard work we put in over the summer. We’re just going to keep fighting and keep grinding.”

On Sunday, McDaniels started the game off strong with a block on the defensive end, and Jordan Roper quickly gave the Tigers the game’s first lead with a jumper in the lane.

Clemson led by as many as nine in the first half, and Austin Ajukwa‘s three from the corner matched the largest lead on its last possession before halftime to make it 28-19 going to the break.

Illinois went on a 7-0 spurt midway through the second half to tie the contest for the first time since 0-0, but Clemson went back ahead on a backdoor feed from Nnoko to Damarcus Harrison for a jam.

Harrison then helped produce the highlight of the day as he lobbed a rainbow from half court that McDaniels finished with an alley-oop slam to make it 39-35.

“I wasn’t sure he was going to throw it,” McDaniels said, “but when he threw it, I was ready for it.”

Another McDaniels slam, this time flying down the lane, put the Tigers up five with 7:17 to go, and after the Illini cut their deficit to one, another McDaniels’ alley-oop – this time from Hall – made it 46-43.

Illinois rallied to take a 49-48 lead with 2:05 to go, but Hall scored the only basket the rest of the way to keep the Tigers’ season alive.

“We really played well the last three or four plays of the game,” Brownell said. “We had a play called … but we told our guys, ‘If we get a rebound and feel like we have open court, let’s go play and trust Rod to make a good decision.’ And he got to the rim and scored.”

And when he did, it made sure the 10,000 Tiger fans that packed Littlejohn left with similar goose bumps to the ones they’d given Brownell a few hours earlier.