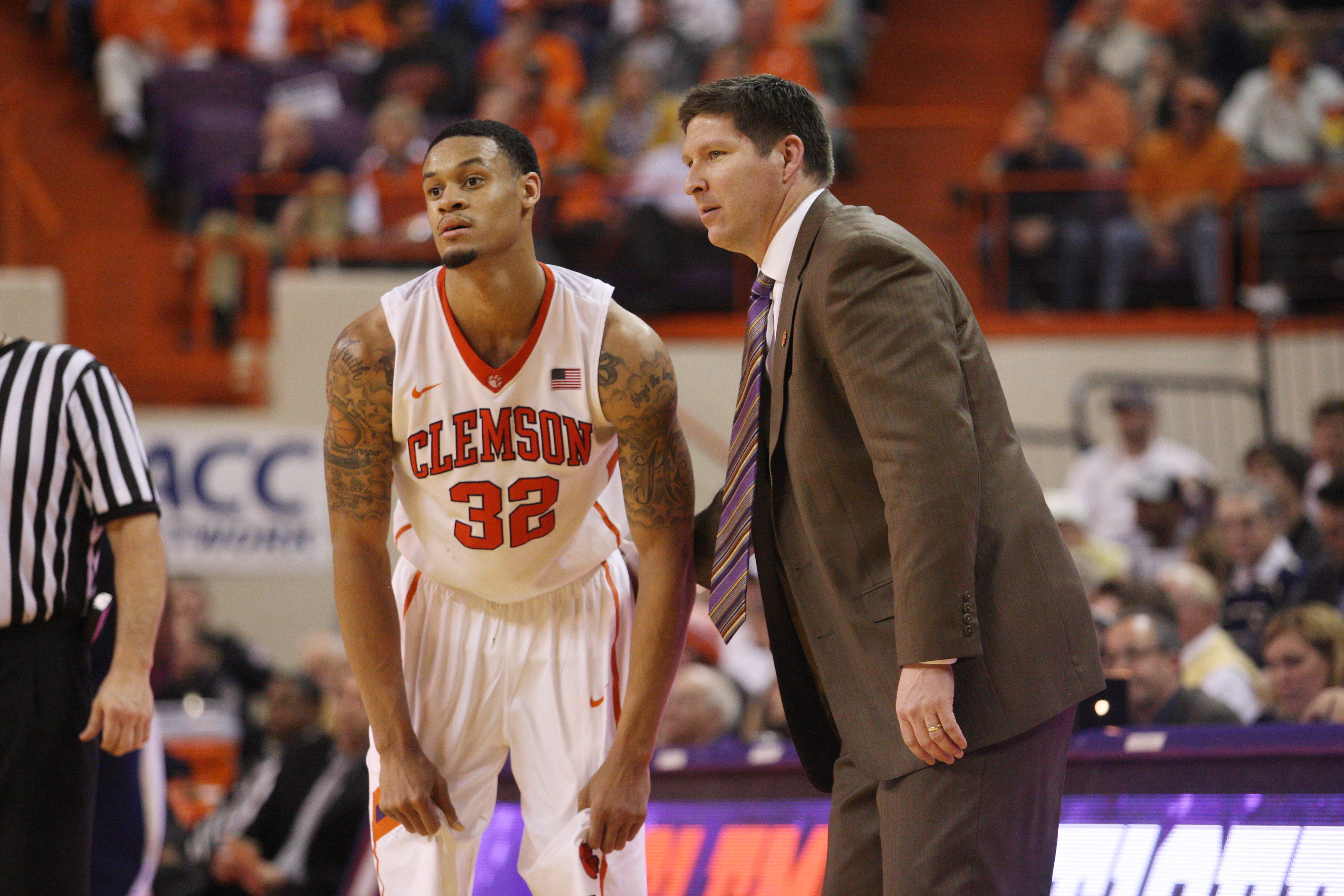 CLEMSON – It would’ve been understandable for K.J. McDaniels‘ meeting with the media Wednesday to discuss his NBA departure to have an air of bearing bad news, but Brad Brownell quickly billed it as a celebration instead.

“It’s a great day for Clemson basketball,” the Tiger head coach said to start the news conference. “Anytime you help one of your players realize a dream, it’s special.”

Given that many who follow the program were hopeful the first-team All-ACC wing player might return, and coming on the heels of the Tigers’ run to New York for the NIT semifinals, it wouldn’t be far-fetched to view McDaniels’ decision as a damper on some newfound momentum.

Brownell didn’t see it that way, however.

He lauded McDaniels for being a “model player” during his three seasons with the program and pointed to his eagerness to buy into the coaching staff’s tutelage as critical to his development.

But while replacing the only ACC Defensive Player of the Year in program history is going to take some doing, Brownell said it didn’t temper his optimism.

“I feel very good about where our program’s heading, what we’re doing and who we have returning,” he said.

For his part, McDaniels admitted it had been a tough decision to leave, one that he’d only truly come to terms within the last week.

But if he was still conflicted in the days leading up to his announcement, which came a day earlier via news release, he seemed at peace with it as the sat at the podium.

“It’s going to be difficult leaving the Clemson family and everything Clemson’s done for me – from Coach Brownell and our coaching staff to my teammates,” McDaniels said. “It was a tough decision, but I feel like this is a dream come true.”

McDaniels, who led the ACC in blocked shots for the second straight season, said he consulted a number of sources for advice on the matter, including former Clemson great Trevor Booker.

“(Booker) said, ‘If you feel like you’re ready, go out there and chase your dreams,'” he said. “This is something I’ve been wanting for a long time.”

McDaniels said he still has plenty of improving to do to be effective on the next level, particularly being more physical, becoming a stronger dribbler and refining his shot, but is confident in his ability to do those things.

Brownell said the coaching staff anticipated McDaniels could opt to forgo his senior season, and that was a factor in the decision to sign two players in last year’s signing class despite only having one scholarship available.

Along with the additions of talented incoming freshmen Donte Grantham and Gabe DeVoe, the Clemson head coach pointed to the development of other players on his roster as a reason for his high expectations moving forward.

“Rod Hall had a terrific junior season, and we expect him to be a great leader next year,” Brownell said. “Damarcus (Harrison) really made strides late in the season and improved a good bit, and Landry (Nnoko) had a terrific sophomore year.

“So, we’re still excited about our future. We’re going to miss 32, though. K.J. affects the game in so many ways and probably eight to 10 points per game are just his athleticism. But we’re excited about next year and excited about what K.J. does in his next step.”