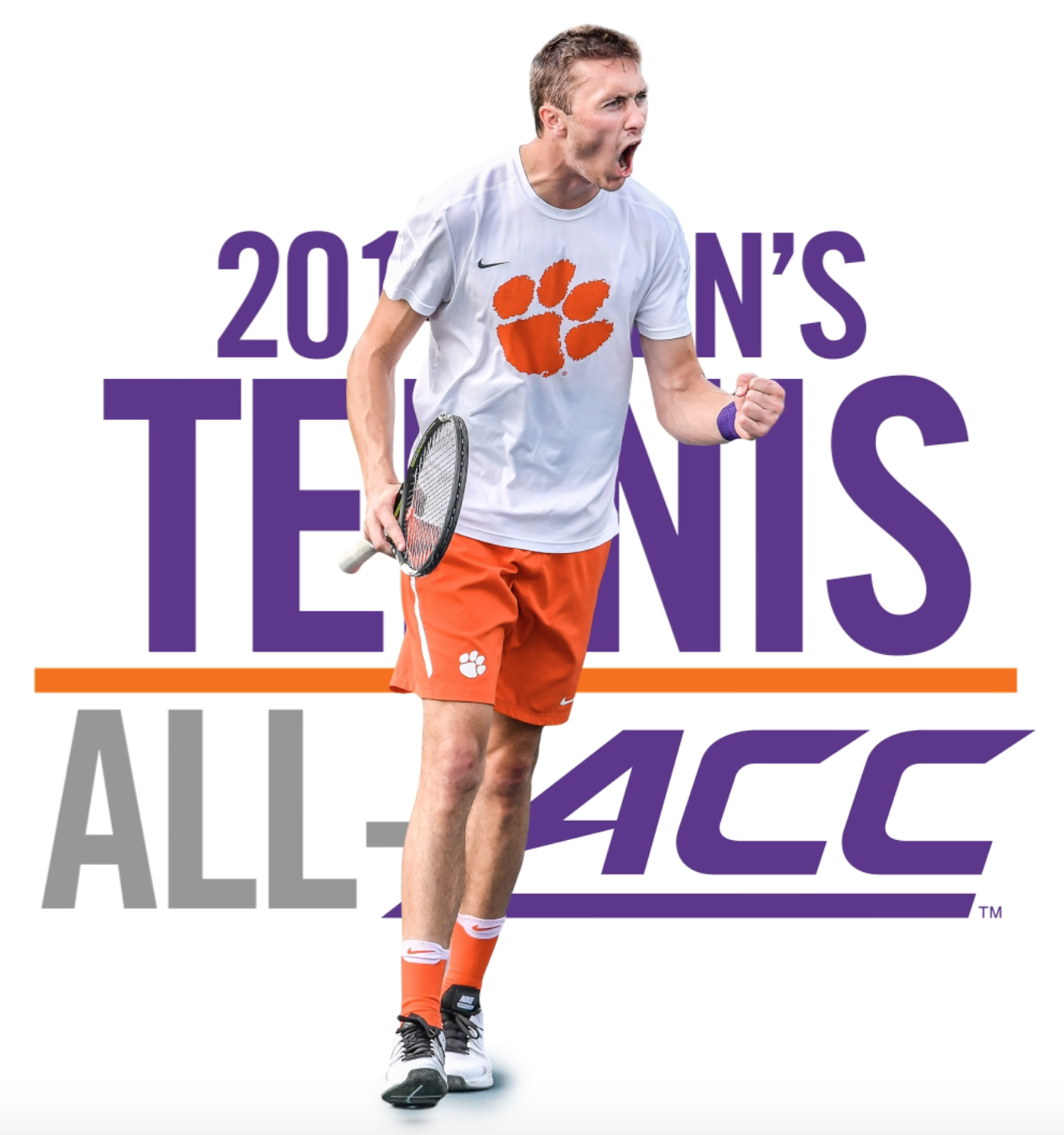 CLEMSON, S.C. – Clemson men’s tennis junior Alex Favrot has been named to the 2017 All-ACC Third Team, as announced by the conference office on Thursday morning. This is the second career all-conference honor for Favrot.

Favrot, who is from Lyon, France, is 10-12 in dual matches, with 20 of his 22 matches played at No. 1 singles for the Tigers. He has two wins over nationally-ranked singles opponents in 2016-17, including an upset over 38th-ranked and All-ACC First Team selection Aziz Dougaz of Florida State in this year’s ACC Tournament. Favrot was an All-ACC Second Team selection in 2016.