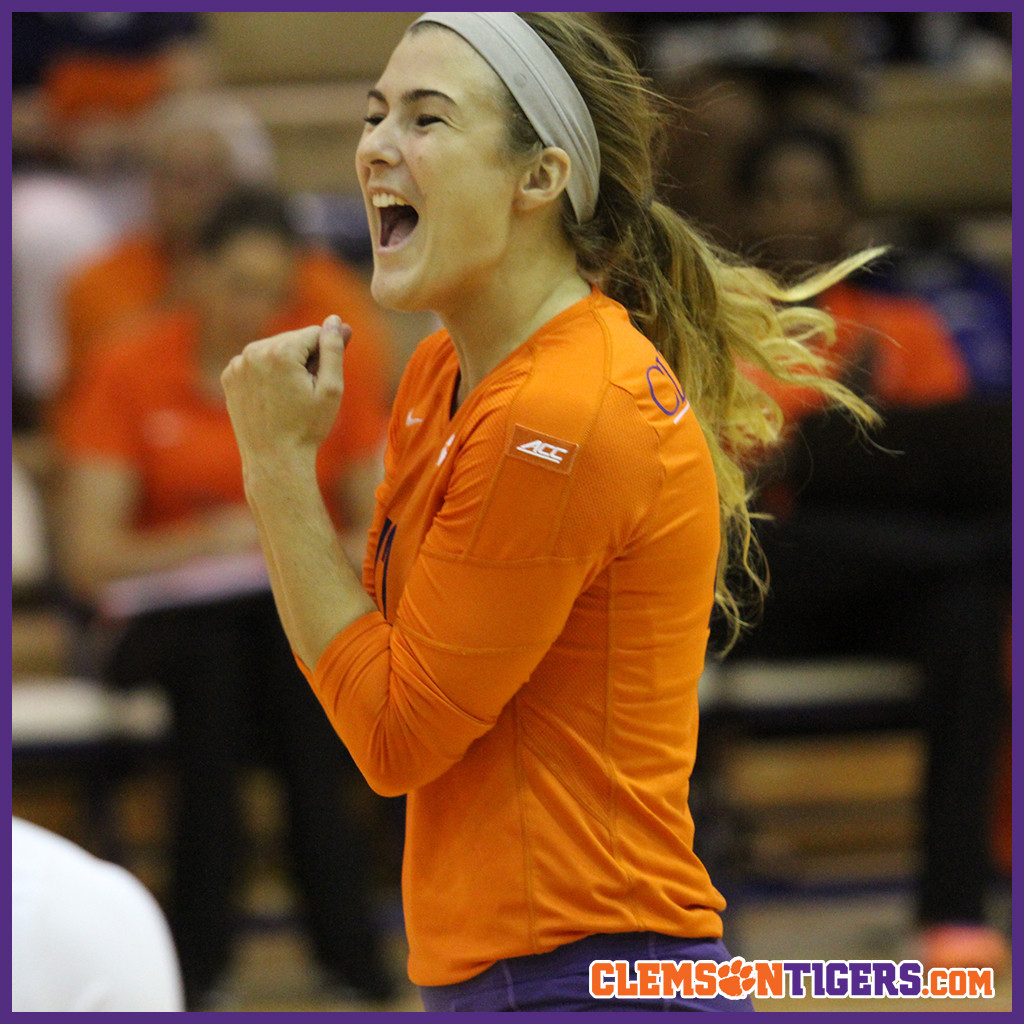 Clemson volleyball is off and running with a 9-1 start to its season, claiming tournament titles at the Big Orange Bash on Aug. 30 and the Clemson Classic on Sept. 13. Senior outside hitter Kristin Faust has played an essential role for the Tigers through the first ten games, earning MVP honors for the Big Orange Bash, and all-tournament honors for the Clemson Classic. The Orlando, Fla. native credits the team’s fast start to its improved chemistry and experience from a season ago.

“It’s been great to have such a good start because ACC play is going to be hard. It’s important to have as many wins under our belt as we can heading into conference play, and we’ve done a really good job with that,” Faust said about the team’s 9-1 start.

“We’re really good at getting out of tough situations, and I think we’ve done a good job of coming together instead of falling apart when we’re down.”

Faust’s play has certainly emphasized this team’s ability to work well together. In the Big Orange Bash, she posted 63 kills on the weekend with 4.50 kills per set average en route to earning MVP honors for the tournament. In the Tigers’ season-opening win over USC Upstate, she recorded 22 kills with just six errors on 53 attempts for a .302 hitting percentage in the match.

Faust tries to take something to focus on into each match, with the ultimate goal of making sure it benefits the team as much as possible, while getting a little bit better each and every match.

“I try to go into each match with the mindset that I need to do as much as I can to help the team instead of hurting it,” Faust said. “I need to keep my hitting errors low and make sure my blocking is solid, and just make sure I’m not a liability.”

Faust and the veteran upperclassmen like where the confidence of the team is, and think that carrying this same confidence into the grind of ACC play will be a valuable asset for this group.

“We’re not leading down at the underclassmen, but we’re leading more with them, so it’s been really good chemistry,” Faust said. “We’re looking forward to playing well this weekend and keeping our winning record high. If we do that, we’ll have a lot of confidence to keep it rolling into the ACC season.”

Faust and the Tigers look to keep their pace as they participate in the Crimson-White Tournament in Tuscaloosa, Ala. The Tigers face off against San Diego State on Friday, Sept. 19 at 3:30 p.m. ET, followed by a double header on Saturday against Florida International at 1 p.m. and Alabama at 8 p.m. Clemson opens ACC play next Friday, Sept. 26 against the Virginia Cavaliers on the road in Charlottesville, Virginia at 7 p.m.