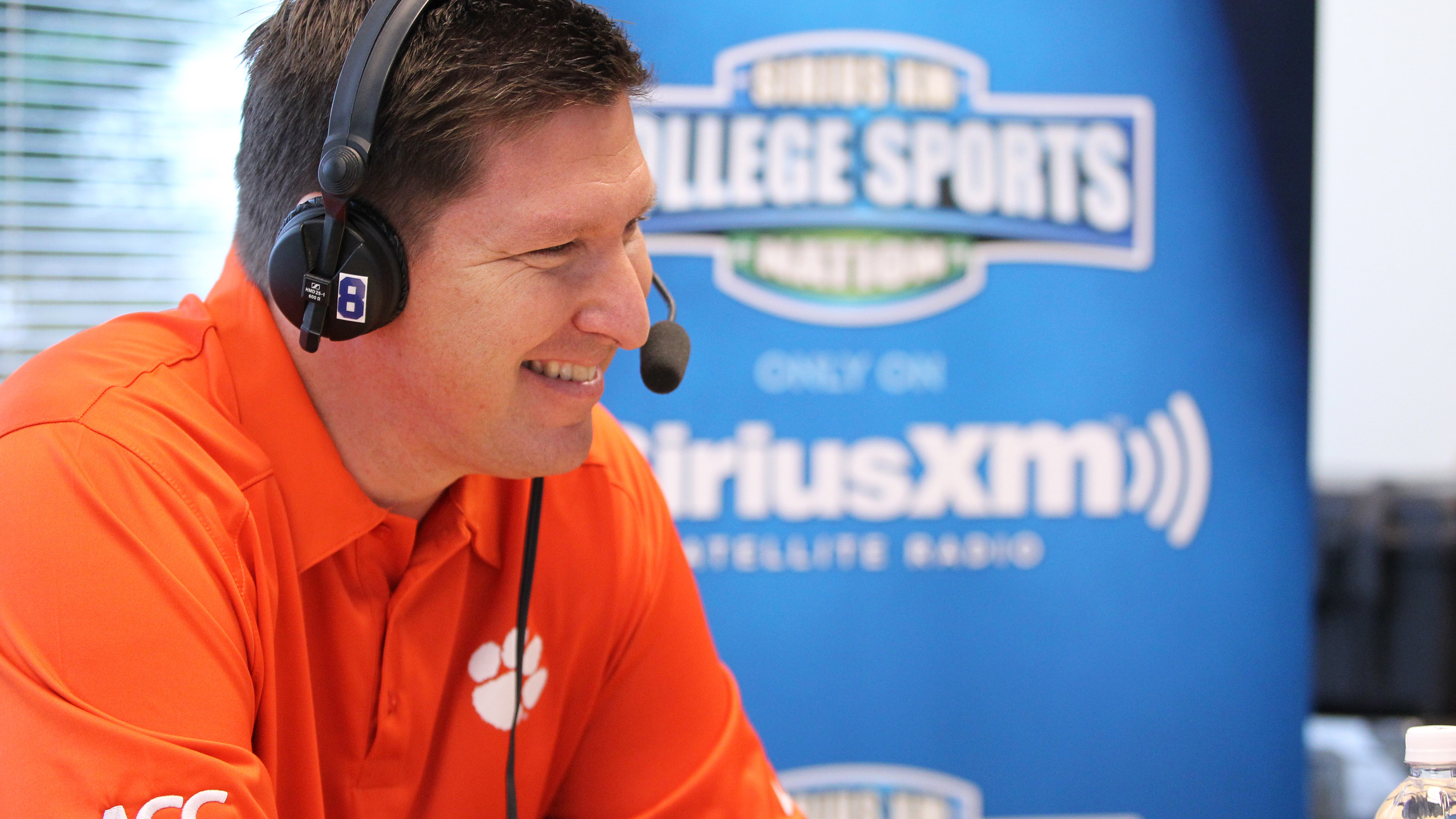 CHARLOTTE, NC – Brad Brownell would come downstairs into the lobby of hotels across Italy in the wee hours of the morning and find virtually his entire team sitting around cracking jokes and cutting up.

It wasn’t necessarily that Clemson’s players are a bunch of night owls. It was just the only place they could get Wi-Fi on their cell phones.

“It’s 8 o’clock back in the United States, and they’re having at it,” Brownell said. “You just go down there, and they’re cutting jokes on each other and having a great time.”

Brownell shared that anecdote Wednesday at ACC Operation Basketball at The Ritz-Carlton in Charlotte to illustrate the point that the Tigers’ 10-day tour of Italy this summer achieved its desired effect – to bring the team together.

“I like the togetherness of this team,” Clemson’s head coach said. “This team is much closer in age (than last year). With the experience going to Italy, I just feel like these guys really bond well with one another and will listen to each other once they kind of establish hierarchy within the team.”

The hierarchy is the part the Tigers are working on now.

Clemson is coming off its first losing season since 2003-04, as it finished 13-18 and saw its season end with a first-round loss to Florida State in the ACC Tournament. After losing two of its top three scorers – and top two rebounders – to graduation in Devin Booker and Milton Jennings, the Tigers enter this season without a senior on the squad.

Sophomore combo guard Jordan Roper and junior wing K.J. McDaniels represented the team Wednesday in Charlotte, and both spoke of the need for leaders to emerge with the departure of Booker and Jennings.

“They did their best to keep the team together and pull the team together and let the younger players know how things would go,” McDaniels said. “They tried their best, but we lost a lot of close games because of inexperience and a little bit of immaturity. But they tried their best, and I give them credit for that because they helped us learn what we needed to do to help our team out this year.”

As for potential candidates to emerge as leaders, McDaniels and classmate Rod Hall are the only two scholarship players who have played two seasons at Clemson.

“Those are two guys that certainly have to be leaders in our program and be talking to our guys about it,” Brownell said. “But I don’t think their mentality is that right this second either. This is still the beginning of their junior years, and they’re still trying to establish themselves as really good players. K.J. needs to establish himself as our best player, and some other guys, Jordan Roper and guys like that, need to establish themselves as consistently good players.”

McDaniels is the team’s leading returning scorer (10.9 points per game), rebounder (5.0) and shot blocker (58), and knows he needs to take his game to another level this season.

“I feel like me going out there and being the main scorer – I don’t take that role as being cocky or anything, but I feel like I’ll be able to do that,” McDaniels said. “But I feel like I’m going to need my teammates to do anything. We have a goal that we’re trying to accomplish by getting to the NCAA Tournament and putting another banner up at Clemson and just being one of those elite teams.”

While the Tigers are short of experience, Brownell believes depth can be the team’s strength.

Two starters return in the backcourt, juniors Hall and Damarcus Harrison, as well as three other guards who have played significant minutes – Roper, Adonis Filer and Devin Coleman, who returns after redshirting last season due to injury.

In the post, Booker and Jennings both played more than 29 minutes per game last season, so there is clearly a need for big men to emerge to fill that void.

The Tigers’ only two veteran post players are sophomores Landry Nnoko and Josh Smith, who averaged 1.0 and 1.1 points per game last season, respectively. Newcomers Ibrahim Djambo and Sidy Djitte will also compete for time, along with Jaron Blossomgame, who also sat out last season with an injury.

“I know when you lose two seniors that were as well thought of as Devin and Milton were that (people think) the sky’s falling because those guys didn’t get to play much, but I think those guys are better than what most people think,” Brownell said.

When the team huddles in practice, one of the mantras its members echo is, “Playing in March with a chance to advance.”

While that may seem like a farfetched goal to some, Roper knows it won’t serve the Tigers well to buy into other people’s pessimism.

“If we set our expectations to be 15-15 or whatever, what happens if we fall short of that?” he said. “You set your goals to be as high as they can be. Most people may not believe in us, but it all starts with us believing in ourselves. If you don’t think Duke doesn’t believe in themselves, even if you don’t believe in them, then you’re crazy. We have to have that belief in ourselves to get there first.”

With that, the Tigers appear to have the depth and talent to play a style of basketball closer to what Brownell prefers – with a motion offense and high-pressure defense – rather than the one they fell into last season, which featured a lot of set plays for the seniors in the post and almost exclusively half-court defense.

The key to being successful, according to Roper, is for all the players to play a part in helping to fill the leadership void that comes with not having seniors on the team.

“We all want to hold each other accountable and, like Coach Brownell says, have a culture of commitment,” Roper said. “So, if guys come in to shoot early, bring someone else with you. If you’re going to go get an extra lift in, bring someone else with you. It’s just leading in different ways, whether it’s me, K.J., Devin Coleman, Landry Nnoko, Adonis Filer – anyone can step up into that leadership role in different situations. It’s not one leader; everyone has a stake in it.”