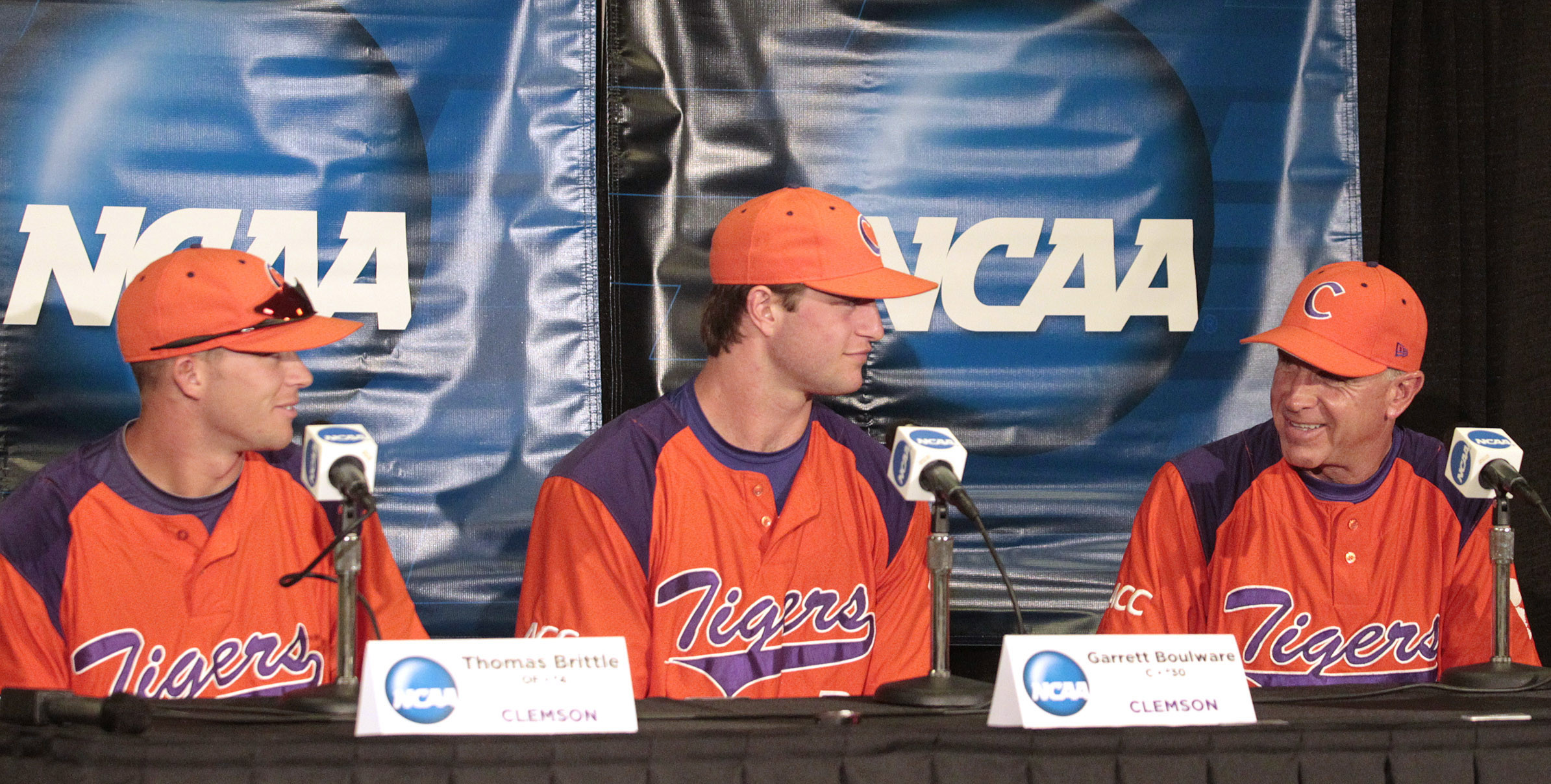 COLUMBIA, SC – Garrett Boulware is set to play for the same team in the same regional on the same field as this same time last year. Other than that, things could hardly be more different for him.

“Last year, my job was really just to support the team,” the Clemson sophomore said. “I got a few at-bats every once in awhile, but my job was to support everyone else and make sure I was ready when I got the chance. This year, (my job) is to lead. I’m a catcher, and that’s what my job is. I’m supposed to direct everything, so hopefully I can do my job this week.”

Boulware was one of two Clemson players who took the stage for a news conference Thursday afternoon at Carolina Stadium, where the Tigers will open the NCAA Columbia Regional at 1 p.m. Friday as the No. 2 seed against No. 3 seed Liberty.

After starting just one game at catcher for the Tigers in 2012, Boulware enters this weekend’s Columbia Regional as the team’s top power hitter, leading Clemson in home runs (8) and RBIs (44), hitting .310 and starting 57 of the team’s 59 games.

And he’s far from the only Tiger who will play a drastically different role this week than this time last year.

Southpaw Zack Erwin was still a senior in high school last May, but will get the ball against the Flames in the regional opener. He has compiled a 5-1 record and a 3.30 ERA on the season.

“He’s done a nice job for us,” Clemson head coach Jack Leggett said. “He has not been hit a lot. When he gets in trouble, it’s usually because of his own trouble – maybe walking a guy – and so he’s got to throw strikes and let us play behind him. If he does that, he’s going to be good for us.”

Erwin is among the freshman hurlers that have been a big key to Clemson’s 39-win season. As a group, the five freshmen – Erwin, Matthew Crownover, Clate Schmidt, Brody Koerner and Jackson Campana – are a combined 16-8 this season with a 3.49 ERA over 216.2 innings pitched.

The 16 victories by freshmen are fourth most in Clemson history. The record is held by the 1997 freshmen that had a combined record of 27-13.

Freshmen have also played a key role in the lineup for the Tigers. Three of Friday’s likely starters – designated hitter Maleeke Gibson, right fielder Steven Duggar and shortstop Tyler Krieger – are also in their first year of college ball.

“Our young guys have been very mature from the day they showed up on campus, very motivated and hungry,” Leggett said. “They didn’t take anything for granted and didn’t expect anything. They’ve worked hard for everything they’ve gotten. … They are good players now, but they are really going to be a good nucleus for this team in the future.”

“We’ve matured as the season has gone on,” Leggett said. “The last 35 games we’ve taken on another identity.”

Because of that, the Tigers believe their past history at Carolina Stadium is of little relevance as far as this weekend’s games are concerned.

Clemson is 2-4 all-time at Carolina Stadium and has lost four straight, including a pair of losses to host South Carolina in the Columbia Regional last year.  The Tigers also lost to the Gamecocks 8-0 here on March 3 in the finale of a three-game series between the rivals.

But Clemson senior centerfielder Thomas Brittle believes the team that is getting set to play this weekend is a far different one than the one that took the field in March.

“Early in the year we had a lot of freshmen starting, and even now we have a lot of freshmen starting,” Brittle said. “The biggest thing is they’ve matured over the year and grown a lot and learned more about playing the college game, instead of trying to adapt in the process. They’ve been great contributors this year, and we’re looking for big things out of them this weekend.”

The Tigers will face Big South champion Liberty (34-27) in the regional opener. The Flames captured the league’s automatic bid to the NCAA tournament by winning their first conference title since 2000.

Entering the Big South tournament as the No. 5 seed, Liberty lost its first game in the tourney to Radford before winning five straight games, including two in a row over No. 2 seed Coastal Carolina and finally the title game over No. 1 seed Campbell.

Clemson (39-20) has won 14 straight games against mid-major foes. The last mid-major to beat the Tigers was another Big South team, Winthrop, which won 3-2 in extra innings Feb. 27.

But win or lose, the Tigers know they won’t be able to use youth as an excuse for the outcome of Friday’s game.

“There are really no freshmen on this team anymore,” Boulware said. “They’ve had a whole year to play, and so we’re all on the same team playing at the same level.” 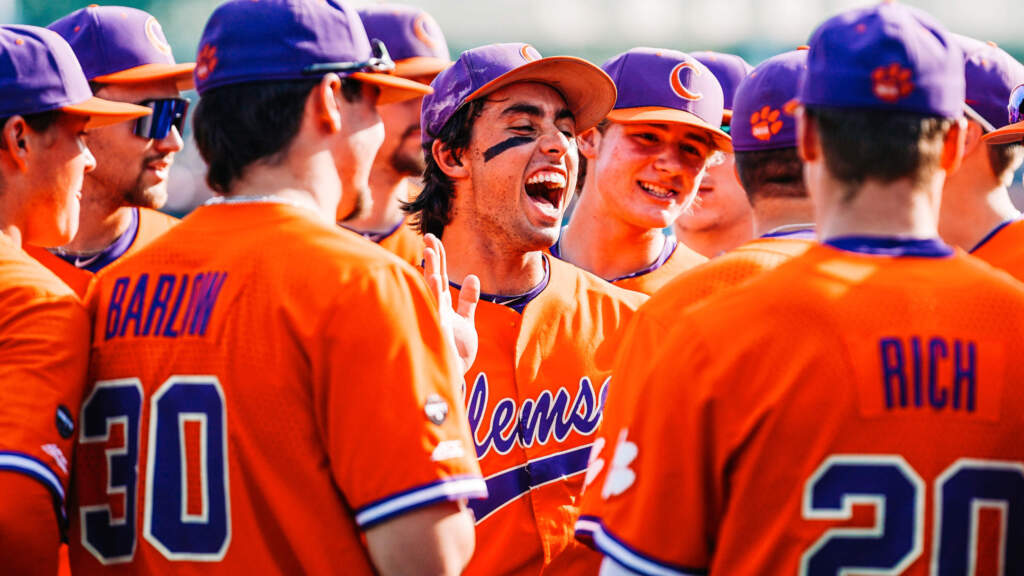