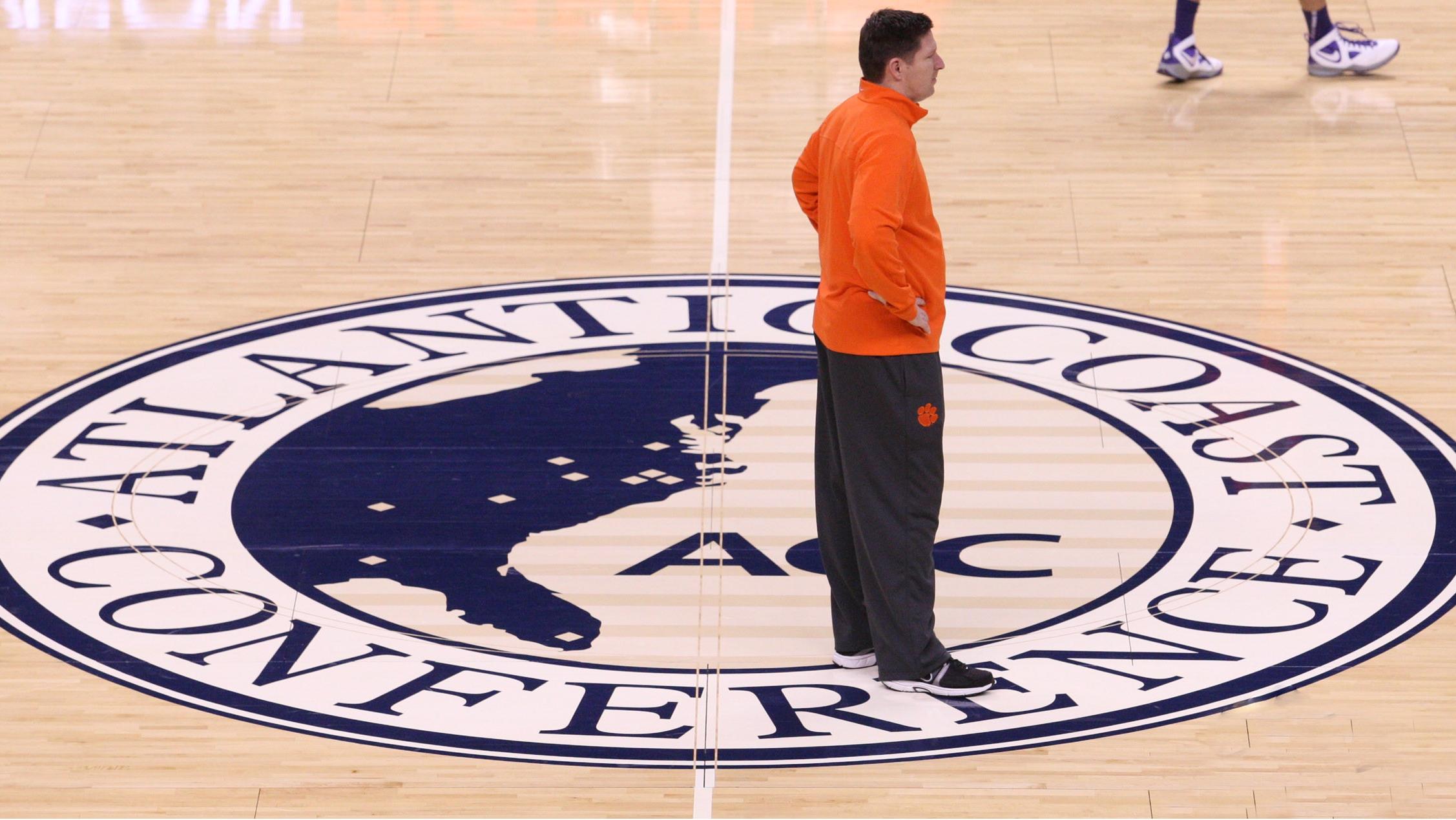 GREENSBORO, NC – Brad Brownell has heard the saying that it’s hard to beat a team three times in one season, and he sure hopes there’s something to it.

“I’ll be honest, I don’t really know,” the Clemson head coach said Wednesday at the Greensboro Coliseum. “I think it’s just another situation. This one seems different too because the games were so long ago.”

The Tigers (13-17) lost to Florida State 71-66 back on Jan. 5 at Littlejohn Coliseum in their conference opener and then again 60-57 on Jan. 24 in Tallahassee, Fla., as Michael Snaer banked in a three-pointer at the buzzer for the win.

On Thursday (9 p.m., ESPNU), Clemson will square off with Seminoles again – this time in the first round of the ACC Tournament – and its players know they made mistakes in the first two meetings they will need to eliminate to flip the script.

“The first time, there were a lot of defensive transition errors on our part,” freshman guard Jordan Roper said. “The second time, the guy hit a crazy shot at the end. I thought we played pretty well. We’ve seen them twice, and it’s hard to beat a team three times. We just need to come out ready to play, execute what we do and try to stop what we know they do.”

Another thing Clemson clearly needs to do better than it has against the Seminoles previously is shoot the ball. The Tigers shot just 38.9 percent from the field in the first meeting and 40.7 percent in the second.

“We played well the second time,” Brownell said. “We needed a couple of late stops to win that one. They made threes against us the first time, so we’ve got to do a good job of defending the three. And then we’re going to have to make shots. We’re not a team that has shot the ball very well this year, and we’re going to have to make shots to win any of our games – make more shots than we’ve been making.”

Clemson stands 11th in the ACC in field goal percentage at 42.5 percent, and those struggles have only been exacerbated during its six-game skid to close the season.

By all accounts, though, the Tigers had an exceptional shooting performance during their shoot-around at the Greensboro Coliseum on Wednesday, and Brownell hopes that carries over into the game against the Seminoles.

“Maybe the Coliseum is the place that we need to be playing,” he said with a smile. “We’ll find out tomorrow if that’s the place where we’re going to start making them.”

If they do that, there’s certainly a precedent for the “hard to beat a team three times” phenomenon. Three times in the all-time Clemson-FSU series, a team has swept the two regular season meetings only to lose in the ACC Tournament when going for a three-game season sweep. Clemson won in 1993 and 2001 to avoid three losses to FSU in those seasons, and the Seminoles achieved the same feat in 2007.

“I feel like we had good chances to beat them, but Michael Snaer hit that game-winner against us the last time,” sophomore K.J. McDaniels said. “We just have to lock in defensively, know who we’re guarding and know their personnel.”

And their personnel starts with Snaer, a third-team All-ACC pick who averaged 14.5 points per game during the regular season, as well as power forward Okaro White, who averaged 12.2 points and 6.1 rebounds.

“They have good size inside and a very talented four man, Okaro White,” Brownell said. “I really like him as a player. Milton Jennings needs to play better than he’s played against them this year for us to be successful. And they run in a bunch of guards at the perimeter spots.

“Certainly, Michael Snaer is a difference maker, and they have some shooters in Ian Miller and Terry Whisnant, and they’ve got other guys like Aaron Thomas, who is a very good driver. And Devon Bookert has emerged as a very good point guard who can make threes.”

The Tigers have some concerns of their own when it comes to personnel. Freshman guard Adonis Filer hurt his right knee in practice Tuesday and was sporting a bulky brace during the Coliseum workout. Brownell labeled his status as “probable.”

McDaniels, meanwhile, is progressing daily as he recovers from an ankle injury, and Brownell said “he seems fine,” which McDaniels himself verified.

With Clemson coming into the game on a six-game losing streak, sophomore point man Rod Hall said the team is not only hungry to avoid a third loss this season to Florida State, but simply hungry for a win of any kind.

“I think we can have a fresh start, and we can make anything happen and try to move forward from the mistakes we made, and get better as we go along in the time we still have left to play,” Hall said.

The Tigers know that time will run out Thursday if they don’t find a way to avoid a third loss to the Seminoles.