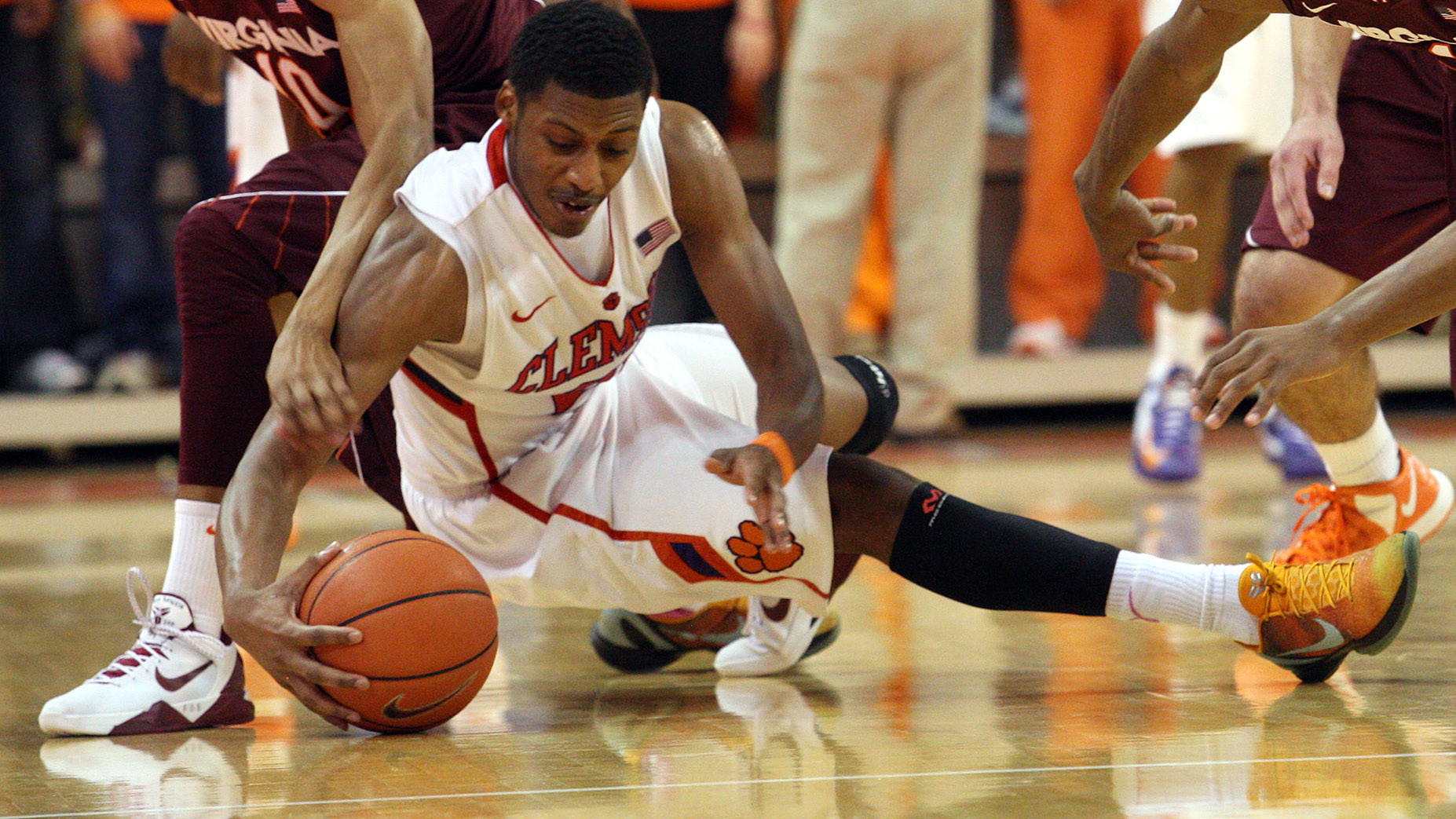 CLEMSON, SC — When Brad Brownell’s players showed up for practice Friday, he saw a team that was hurting and whose confidence wasn’t particularly high. After a pair of conference road games had slipped away in the final moments within the last week, the Clemson coach decided to call off practice and instead spent that time reminding his players how well they’d played for long stretches during both games. “We went to NC State with two minutes to go, and it’s tied. We really, for the most part, outplayed Florida State, but we lost,” Brownell said. “The problem in sports is last week you lose twice, and everybody thinks you’re bad. My job was to build them up and tell them how much better we got last week. So, that was a big part of what we were trying to do — get our guys to feel good. We met for 45 minutes and then we let them go and recharge their batteries for (Sunday).” Brownell clearly had a feel for exactly what his Tigers needed psychologically. With star big man Devin Booker battling the flu and held to only three points, fellow senior Milton Jennings had a career-high 28 points and also matched his career-high with 14 rebounds, as Clemson pulled out a 77-70 win over Virginia Tech with some clutch play down the stretch, notably from Jennings himself, at Littlejohn Coliseum. “We just had to find a way to keep playing and just keep our emotion,” Jennings said. “We were playing well. There was nothing wrong with our offense, and there was nothing wrong with our defense. We just had a little bit of unlucky basketball, and we just had to keep our batteries charged. We know we’re a good team, and we proved it today.” Damarcus Harrison also had a career-high with 19 points, including a pair of crucial three-pointers in the second half, while K.J. McDaniels matched his career-high with 17 points, which included five three-pointers, to help pick up the slack for Booker. The Tigers (11-8, 3-4 ACC) have had a habit of poor starts, but flipped that script by scoring the game’s first 12 points, including two early threes by McDaniels.  He later drilled his third to extend the Clemson lead to 19-7. “K.J.’s first three threes at the beginning of the game really got us off to a good start,” Brownell said. The Hokies began chipping away, though, and went on a 17-5 run to pull within two on a slam in transition by Robert Brown that made the score 31-29. Tech pulled even for the first time on a pair of foul shots by Erick Green, as the two teams were tied at 33 at the break. A 5-0 run by Tech toward the latter portion of the second half and regained the lead at 59-58, but the Tigers retook the lead moments later and extended it to 64-60 on a deep three by Harrison that hit nothing but net with 2:47 to go. “I just caught it and was wide-open, and I wasn’t thinking about it — I just let it go, and it went in,” Harrison said. “I was just shooting with no conscience. That’s how Coach wants us to shoot it.” Jennings scored 11 of the Tigers’ final 13 points from there, including making 9-of-10 foul shots, to seal the win.  “I’m really happy for Milt,” Brownell said. “He works really hard, and there are times I think he’s criticized probably more than he should be. And when he has games like today, in all honesty he was a big part of the difference. His rebounding and all those made free throws — if he just misses a few of those free throws, the game turns.” With the win, Clemson now has a chance to even its record in ACC play as it returns to action Tuesday night against Georgia Tech at Littlejohn for its third game in six days and its fourth in nine. “Georgia Tech is a lot better than their record (11-7, 1-5 ACC) indicates right now,” Brownell said. “They’ve played some tough games. They beat Virginia Tech for most of the night, then lost it at the end. They played really well against Wake Forest. They’re big and strong physically, so we’re going to have to really be ready to play and play well from the perimeter to win.”