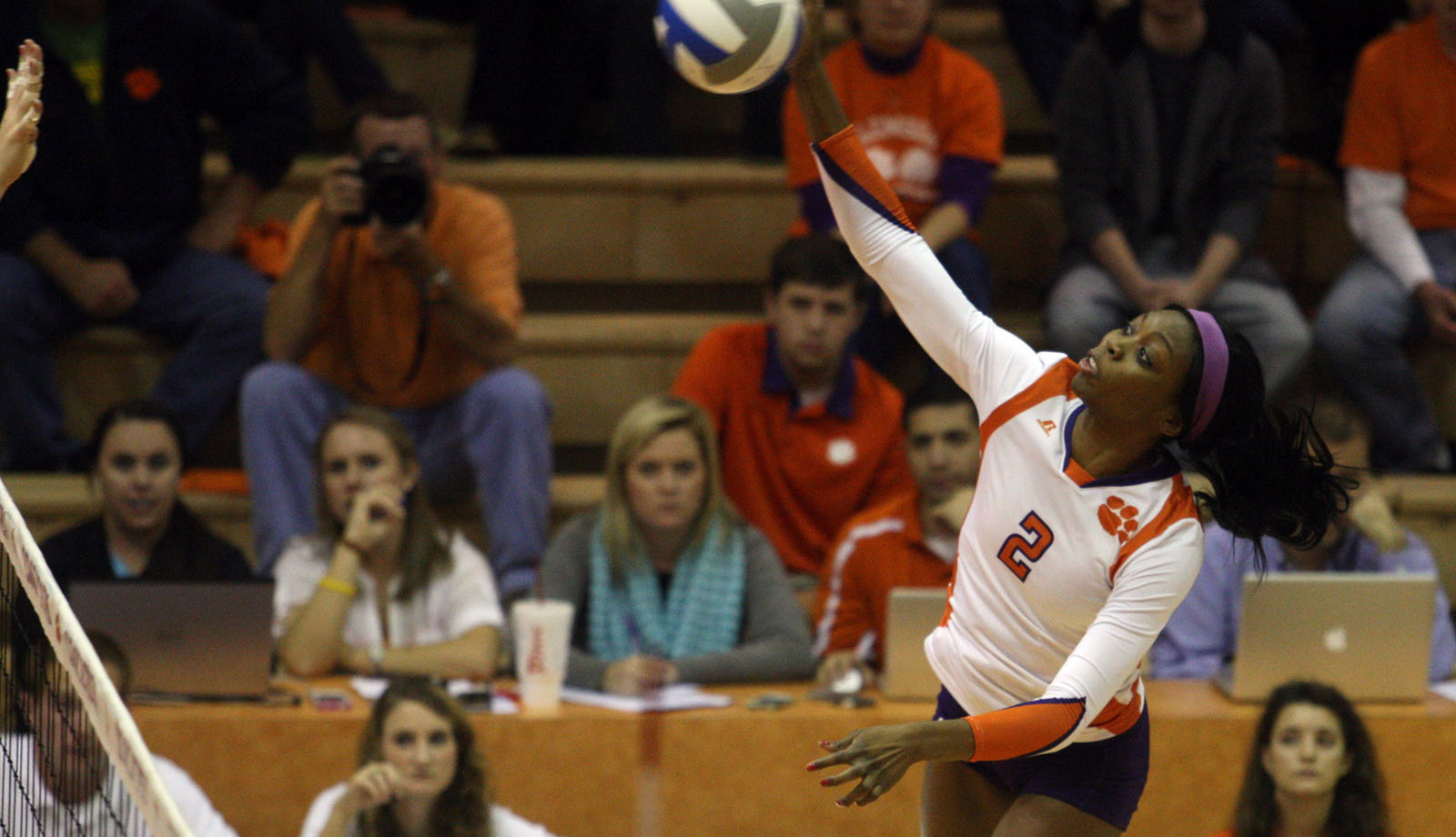 CLEMSON, SC – The waiting might truly be the hardest part for the Clemson volleyball team. The Tigers made the winning look easy.

Head Coach Jolene Jordan Hoover told her team last week it needed to go 3-0 down the stretch to give itself a shot at being selected for the NCAA Tournament, and the Tigers did just that – dropping just two total sets in beating Wake Forest, Duke and finally Georgia Tech, which they swept 3-0 (25-17, 25-14, 25-21) on Tuesday at Jervey Gym.

Now, the waiting begins. Clemson (21-10, 12-8 ACC) will find out Sunday afternoon on the NCAA Tournament selection show (4 p.m., ESPNU) whether it will receive its ninth all-time bid to the tourney.

“We’re at the mercy of the committee,” Hoover said. “I feel great about the three wins; I feel great about how we finished. I’m very proud of this team, and they did all they can do. Now we just have to sit and wait and hope things can go our way.”

Things certainly went the Tigers way Friday in avenging a 3-0 sweep at the hands of the Yellow Jackets earlier this season.

Senior middle hitter Sandra Adeleye admitted afterward the Tigers were motivated to exact a bit of payback on Tech.

“Especially when they come in with their signs and their balloons and they run into our gym like it’s their gym, it definitely pumps you up and you want to send them home in three,” Adeleye said.

Adeleye looked pumped up from the opening point. She had six kills in the first set alone, and Hoover said the coaching staff made sure to let setter Hannah Brenner know Adeleye had the hot hand.

Adeleye finished the night with 18 kills and four blocks to put an exclamation point on an outstanding career – she has a chance to become the first four-time All-ACC selection in program history when the team is announced this week.

“It feels good,” Adeleye said. “That was definitely in mind: Your last game you want to play your hardest and do whatever you can just to go out strong.”

The rest of the seniors followed suit. Alexa Rand had four block assists, moving into second on the school’s career blocking list with 614. Natalie Patzin had a game-high 14 digs, giving her 1,460 for her career to rank third on Clemson’s all-time list, and Serenat Yaz had seven kills, eight digs and two blocks.

“Hopefully we’ll get to play again, but they’ve just given everything they had all year and they are just such a hard-working group,” Hoover said. “I told them that before the match, that win or lose they have been one of my most special teams the whole time I’ve been at Clemson. And that’s honest. I love these guys.”

Adeleye seconded that emotion, saying the current Tiger team was as tight-knit a group as she had been a part of.

“This year especially, this is the closest I’ve ever been with any teammates since I started playing 10 years ago,” she said. “It’s definitely going to hurt to leave.”

Adeleye and the rest of the Tigers can now only hope it’s not time to leave yet. She said the team is “thinking positive” as they await Sunday’s selection show.

“I’m hoping for the best,” she said. “I think we have a good shot. I think we deserve to be there, and we’ll just see what happens.”