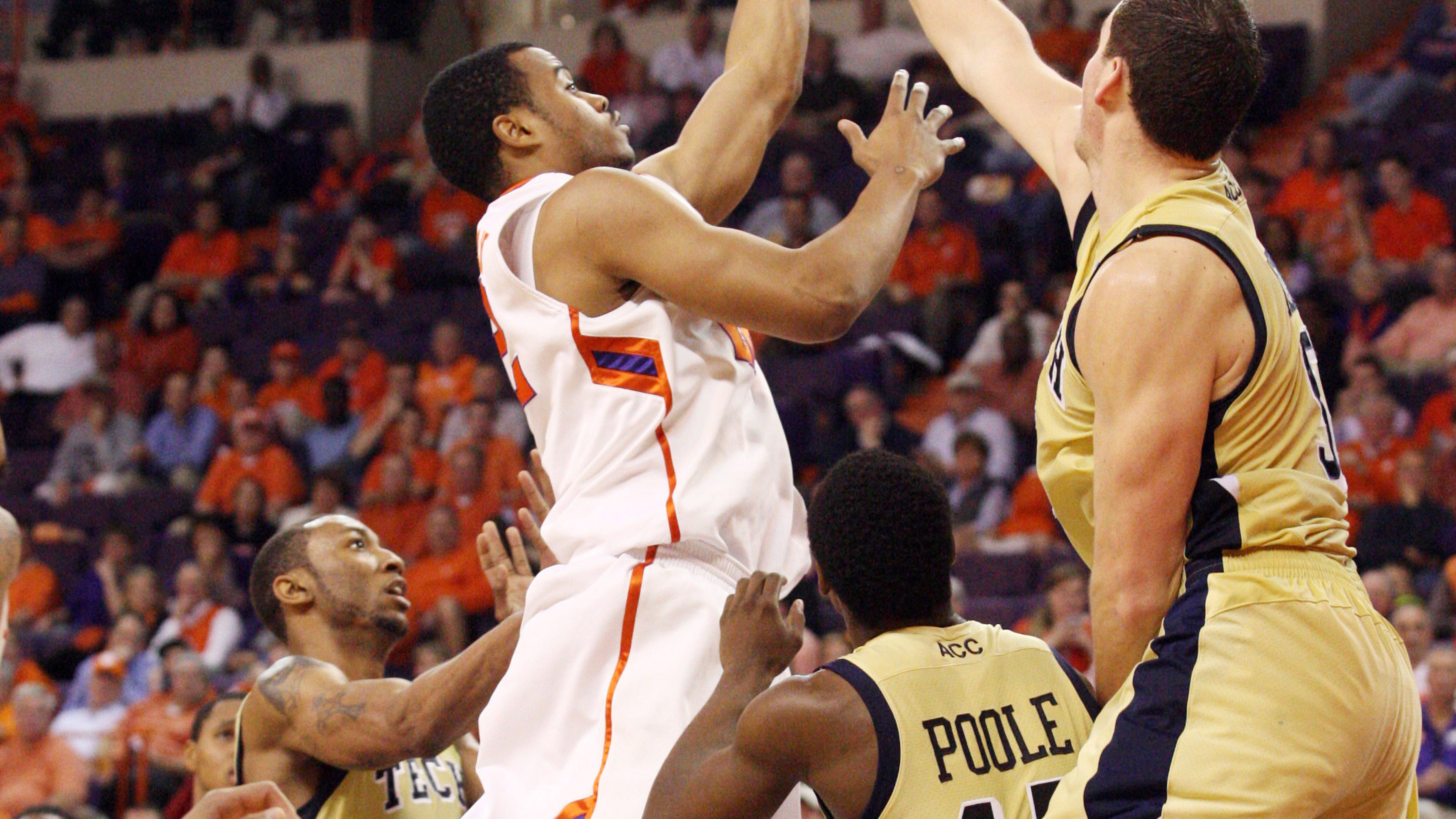 Exclusive: Sullivan Rises to Occasion in win over Tech

CLEMSON, SC — Bernard Sullivan only played nine minutes and scored seven points, but he gave Clemson exactly what it needed from him Tuesday against Georgia Tech. With starting big men Devin Booker and Milton Jennings at less than their best due to fatigue and foul trouble, respectively, against a Yellow Jacket team with a major post presence, Sullivan couldn’t have picked a better time to post a season-high in points for the Tigers, who held on for a 63-60 win. “One of the things the coaches have talked to me about is being patient and just waiting on the time when I’ll be able to help the team,” Sullivan said. “All I really wanted to do is do what I could to provide energy and help the team get this win.” K.J. McDaniels, who scored a team-high 15 points and hit two clutch foul shots with 16.4 seconds left to help seal the win, said he and his classmate had spoken a day earlier about Sullivan’s playing time, or lack thereof, of late. “I told him he was going to get his chance,” McDaniels said. “Today he got his chance, and he showed up.” The Tigers had expected Georgia Tech to attack both Booker, who had been battling the flu, and Jennings in the post. Head Coach Brad Brownell told his players that all three reserve post players, Sullivan and freshmen Landry Nnoko and Josh Smith, would see action in the first half. Sullivan’s initial contribution came with the Tigers trailing 15-7 in the early going before he knocked down his first three-pointer of the season to cut into the deficit. “I’ve been working on my shot a lot,” he said. “For the four man, that high post is a big spot for us to be able to do things, so I’ve just been working on my shots and my skill and being able to make plays.” In the second half, Sullivan scored a bucket in the lane to stretch the Tigers’ lead to five. Then a few minutes later, he followed up a miss with an explosive two-hand slam to match his career high for points and make the score 56-51 with 4:55 left. “It was good to see Bernard do that,” fellow sophomore Damarcus Harrison said. “That’s the Bernard I know from high school and everything. I was glad to see him play tonight and play well and get his first dunk of the season. I hope he builds off this and has confidence the rest of the season.” The 6-foot-7, 230-pound Sullivan signed with the Tigers in the fall of 2010 and was the most decorated signee in Brownell’s first class, rated a four-star prospect across the board. But Sullivan played the fewest minutes of Clemson’s five first-year freshmen a year ago, as he battled asthma, which hampered his conditioning. The Gastonia, N.C., product said he has made significant strides toward overcoming that issue. “I haven’t had a problem at all this season through practices or through games,” Sullivan said. “That’s really improved just from working with the trainers and conditioning myself.” That hard work paid off Tuesday, as Sullivan helped the Tigers win their second straight game in ACC play and improve their record to 12-8 and 4-4 in the league. Afterward, Brownell said Sullivan was nothing less than instrumental in the win. “Bernard was great tonight,” Brownell said. “I’m really happy for him because he’s been working at it. … We don’t win the game if he doesn’t play that way. He fought inside better and dealt with some bigger guys and hung in there pretty well.” Of course, for a player who came to Clemson as highly regarded as Sullivan, playing nine minutes and scoring seven points isn’t exactly reaching the pinnacle of success. But he admitted the performance had been a confidence booster for him and one he hopes to build on in the future. “Just remain patient, and just, when my number is called, be ready,” Sullivan said. “I just want to help the team anyway I can, whether that’s cheering on the bench or being out there to provide energy, or if I need to score or I need to rebound, whatever it takes to win.”